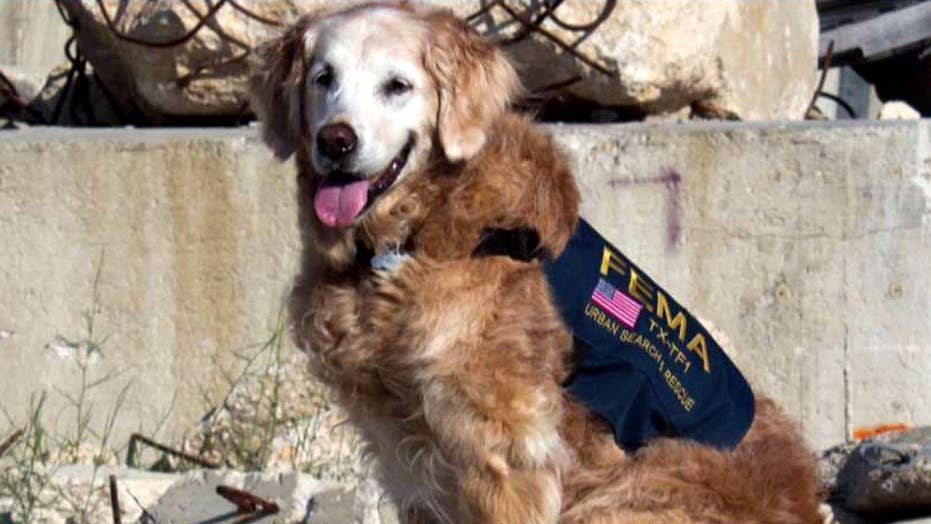 Firefighters and first responders in Harris County, Texas, bid farewell to one of their own the other day.

“It was an incredibly sad day for us,” public information officer David Padovan told me. “Any time we lose one of our members it cuts to the core. And Bretagne was a full-fledged member of our fire department.”

Bretagne was a longtime member of Texas Task Force One -- an urban search-and-rescue team.

She and her partner Denise Corliss responded to some of the nation's most horrific disasters -- from Hurricane Katrina to the tornadoes that ravaged Moore, Okla.

She was also there in the aftermath of the Sept. 11, 2001, terrorist attacks.

Bretagne and her partner worked 12-hour shifts for nearly two weeks in the rubble of the twin towers -- searching first for survivors -- and then for remains.

“She was our ambassador,” Padovan told me.

A year before she died, Bretagne and her partner returned to Ground Zero. They walked side by side through the memorial.

And if you happen to visit the museum -- you might find a cobblestone -- inscribed with her name.

You see --- Bretagne was the last surviving 9/11 rescue dog -- a golden retriever.

Bretagne retired a few years ago – but she continued to serve – helping to train other rescue dogs and visiting local schools. Up until two weeks ago she would sit with elementary school children as they learned to read.

Old age had hobbled the gentle canine. Her kidneys were failing. So the difficult decision was made. It had to be made.

Her final moments on June 7th were tenderly chronicled by journalist Andrew Kragie in the Houston Chronicle:

“Panting at the end of a thick leash, the elderly dog was gently lifted from a truck and placed on the sidewalk outside the veterinary office. Then she hobbled toward the building, passing more than a dozen men and women dressed in blue, their hands raised to their foreheads in a somber salute.”

And then, it was done. Bretagne was euthanized – another hero from that awful, terrible day was gone.

Her lifeless body was carried away, draped in an American flag.

“Some may say that the most a dog could be is a pet,” the fire department wrote in a statement. “However, to the over 400 members of the Cy-Fair Volunteer Fire Department, Bretagne was a civil servant, a hero and is family. We will remember her fondly, and continue serving the community with her as inspiration.”