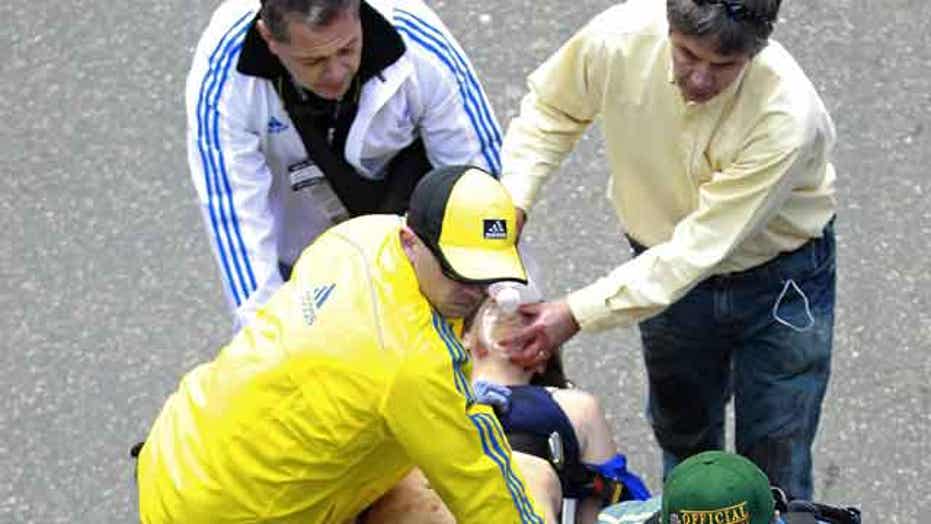 Terror attacks: What fear does to our health

Dr. Marc Siegel tells us how fear and the bombings in Boston impact our health and how you can overcome it

Unless we are in imminent danger, fear is the enemy of our health. Our heart races, our blood pressure goes up, we sweat, yet there is nothing for us to do. We fret, fail to sleep, and enter what I call a self-renewing cycle of worry. Hopefully, this won’t be our sustained reaction to the Boston Marathon bombings.

Most of the media medical attention on the bombings thus far has focused on the loss of limb and life, and on those who are hospitalized and struggling to recover.

This is as it should be.

But for those at the finish line both spectators and runners alike, it was fear that was the major reaction. Jay Soroko, senior producer at Fox News, was running in the marathon and was several blocks from the finish line when the bombs went off. He was trapped there for hours with hundreds of other petrified runners. “It was surreal,” Jay said. “It was like I was inside a bubble. It was easily the scariest event of my life. I was so worried about my loved ones’ safety.”

For those who experienced the bombings directly, the images will live in their minds for the rest of their lives. There is a significant risk of Post-Traumatic Stress Disorder, complete with flashbacks, nightmares, depersonalizations, anxiety and depression. Psychotherapy may help some of these people to recover more quickly.

For the rest of us, as we sit transfixed by the news accounts, there is a danger of over-personalizing the risk, as occurred after 9/11, when more people were afraid to fly and took to the highways where they were then far more likely to die in car accidents as a result.

Right now, as we are mesmerized by the images coming from Boston, there is the same kind of risk.  The more we worry unnecessarily, the more risks we may take in our own lives. We hear a loud noise, and we jump, for just an instant feeling that a bomb may have gone off in our own neighborhood.

This reaction isn’t healthy, but it is part of our voyeuristic attachment to the 24 hour news cycle. We think we need to take the risk seriously and protect ourselves, but at the very center of our brains sits the powerful amygala, an almond-shaped organ that generates strong emotions including fear. Unfortunately, the amygdala can be fooled; research from Elizabeth Phelps, a psychologist and neuroscientist at NYU has determined that we may have the same kind of hormonal reaction to danger we see on a video screen as one we experience directly ourselves.

In other words, we can generate our own an outpouring of stress hormones in response to a perceived rather than a real risk. This fight or flight reaction is intended for if you are under attack, the victim of a real roadside bomb, rather than just watching one on TV.

America is understandably on edge today. But we need to gain perspective on this act of apparent terrorism as quickly as possible. Remember, the goal of terrorists is to scare us. Just a few of  die, but the rest of us panic.

It is normal to feel vulnerable and to worry after an event like this, but if you find yourself obsessing on the news and it is interfering with your sleep and making you feel helpless, then it is time to pull back, watch less TV, and divert your attention elsewhere. And remember, if you want your children to be calm, then be calm yourself.

The less we obsess on the events in Boston on Monday, the less we panic, the better for our collective health.