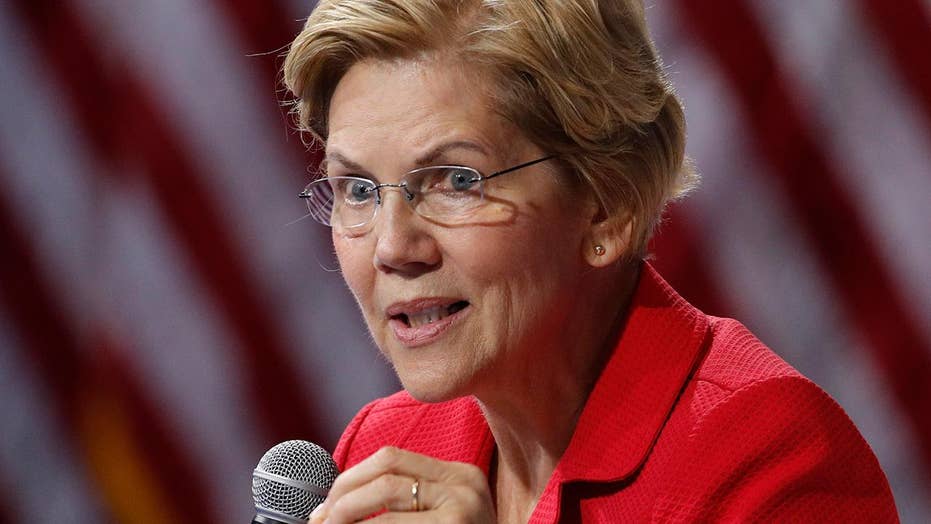 Executive Director of the New Mexico Alliance for Life Elisa Martinez argues socialism is not what America needs.

Gallup, N.M., is known as “the heart of Indian country.” It’s sadly one of the poorest areas in the nation and has an important lesson for all Americans about our nation’s future.

My grandparents owned one of the first trading posts in Gallup. I grew up working in my dad’s small business.

I’m a Latina with New Mexico roots over 15 generations deep on dad’s side of the family and on my mother’s side we’re Zuni and Navajo. I’m an enrolled member of the Navajo Nation and … I’m a Republican.

JIM BRESLO: TO HELP HOMELESS, CALIFORNIA TURNS TO DUMB IDEA LOVED BY THE LEFT – AND GUARANTEED TO FAIL

My life experience made me a Republican. Growing up I witnessed firsthand the poverty and destruction government policies had on my people and my peoples’ land -- the Indian reservation.

Overlapping, paternalistic federal and state programs, including fully funded and inefficient healthcare, dominate the reservations’ economies. The restrictions the government places on land use, ownership and business development are microcosms of socialist failure in its purest form.

The government “help” has never encouraged financial self-sufficiency. If anything, the programs have been a disincentive to economic freedom and prosperity.

While I firmly believe all Americans should benefit from a safety net, I also know government handouts are never as powerful as a hand up. The federal government set up the reservations more than 100 years ago and, just like liberal democrats today, created these subsidized economies because they think they know what’s best for us.

The result of more than 100 years of government assistance is Indian Reservations drowning in poverty. These well-intended programs have made our people the poorest Americans. Some reservations have unemployment rates close to 85 percent, and 29 percent of employed Native Americans nationwide live below the poverty level.

As a Native American woman, when I heard Sen. Elizabeth Warren speak of her heritage, I was intrigued. Then the tragic irony became apparent. Her policies proved she knew nothing about us.

As a Native American woman, when I heard Sen. Elizabeth Warren speak of her heritage, I was intrigued. Then the tragic irony became apparent. While she claimed to be one of us, her policies proved she knew nothing about us.

She’s never experienced firsthand how big government programs fail our people. In fact, she now advocates those failed policies for all Americans.

Economists say the new taxes she has proposed would generate only $3 trillion over 10 years. So where will she find the missing $124 trillion? Warren doesn’t explain that it will require raising taxes on all Americans.

To improve peoples’ lives we can’t force them to rely on the government.  Tax cuts and the free-market economy foster growth and opportunity, creating jobs and lifting the poor out of poverty.

Is it a perfect system? No, but to see more families prosper and have better opportunities, free-market economic policies, especially tax cuts, are proven to work. Socialist government-controlled economies, with handouts and higher taxes, only lead to poverty and misery.

Today, the U.S. unemployment rate is at its the lowest point in 50 years.  The jobless rate for Hispanics hit a record low of 3.9 percent in September. African Americans maintained their lowest rate ever at 5.5 percent and adult women came in at 3.1 percent.

Our incredibly strong economy came about in no small part from President Trump’s tax cuts and deregulation of business. We need to preserve the working families’ tax cuts and expand them. That’s what will help all of America’s families and that is one of the biggest reasons I am considering running for U.S. Senate in New Mexico.

I’ve seen socialism, up close and personal. It’s not what America needs.

Elisa Martinez founded the New Mexico Alliance for Life and is active in Republican politics in the state. She is currently considering running for the U.S. Senate in the open-seat being vacated by New Mexico Democratic Sen. Tom Udall.