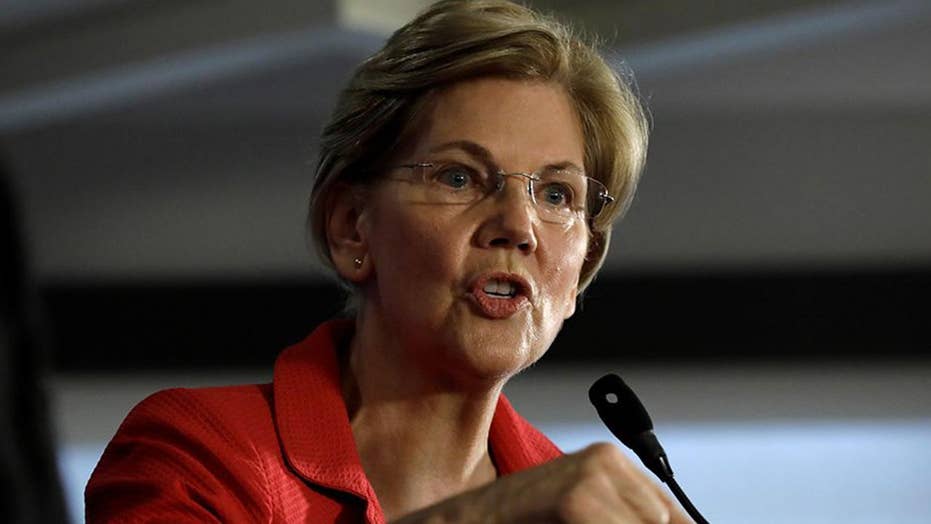 Oklahoma Republican and Cherokee Nation citizen Rep. Markwayne Mullin says that Sen. Elizabeth Warren should be disbarred for claiming to be Native American on her Texas Bar registration.

Sen. Elizabeth Warren, who is expected to announce her candidacy for the Democratic Party’s presidential nomination Saturday, is a fraud. For decades she has been living a lie, pretending to be a Native American when she is not.

Because of her long history of lying about her racial background, the Massachusetts Democrat is unfit to occupy the White House and unfit to sit in the Senate. She should end her presidential candidacy before it begins and resign her Senate seat.

Poverty is endemic among Native Americans. According to the Census Bureau, the Native American poverty rate was 25.4 percent in 2017 – almost triple the rate of 8.7 percent among non-Hispanic whites. Only 10 percent of Native Americans had four-year college degrees – just about half the rates for whites.

And by every other measure, including family income and unemployment rates, Native Americans are worse off than the white population –, particularly on Indian reservations.

Yet this is the masquerade Warren played for decades. She repeatedly and deliberately sought to benefit in her personal, academic and employment life by posing as a Native American.

The Washington Post published a photo Wednesday showing that in her registration with the State Bar of Texas, Warren filled out a form in her own handwriting that identified her race as “American Indian.”

Warren has apologized for her fraud, claiming that she was relying on family stories she heard as a girl that said her family was Native American.

“I’m not a member of a tribe,” she said Wednesday to reporters. “I have apologized for not being more sensitive to that distinction.”

But admitting to a lie when you are caught in a lie is not exactly a profile in courage or honesty. Through decades of pretending to be a Native American, it’s clear that Warren sought to deceive everyone she could in order to gain an advantage from her false identity as a member of an underrepresented minority group.

The latest Washington Post report about Warren pretending to be an American Indian is bad enough. But there are others.

News organizations have reported that Warren has made fraudulent claims on other documents over many years that she was a Native American.

The University of Pennsylvania Law School’s 2005 Minority Equity Report identified Warren as the recipient of a 1994 faculty award, listing her name in bold to signify that she was a minority.

And Warren listed herself on the “Minority Law Teacher” list as Native American in the faculty directory of the Association of American Law Schools (AALS) from 1986 to 1995, The Washington Post reported.

The Post cited a news story from the Boston Herald that quoted David Bernstein, former chairman of the American Association of Law Schools saying: “In the old days before the Internet, you’d pull out the AALS directory and look up people…. There are schools that, if they were looking for a minority faculty members, who go to that list and might say, ‘I didn’t know Elizabeth Warren was a minority.’”

Harvard Law School listed Warren as a Native American faculty member when she taught there. There is still no specific evidence that she gained her position at Harvard (at least in part) through her claims to Native American heritage, but this open question merits further investigation.

Warren even provided recipes for a 1984 cookbook titled “Pow Wow Chow: A Collection of Recipes from Families of the Five Civilized Tribes: Cherokee, Chickasaw, Choctaw, Creek and Seminole,” listing herself as a Cherokee. The Daily Mail reported in that three of those recipes were plagiarized from a French chef.

That report led Donald Trump Jr., the president’s son, to tweet in October about Warren: “It’s almost like her whole persona and everything else about her has been appropriated. What a total phony.”

Warren should not be able to escape liability for her deceptions. The Texas Bar should open an ethics investigation of Warren’s false representations about her identity. So should the Senate Ethics Committee.

Few things are more despicable than holding yourself out to be something you know you are not. This is true for someone who never served in the military pretending to be a war hero, a college dropout posing as someone with a doctoral degree, or a white woman pretending to be a Native American.

An apology is not enough for someone who aspires to become the next president of the United States. Warren is not fit to be president, or even a member of the Senate.