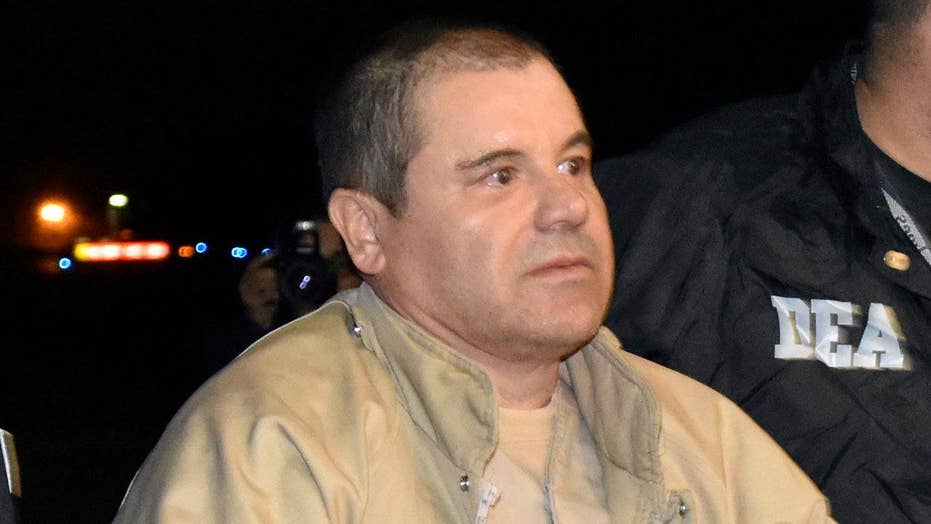 First, the conviction shows that we can bring individuals who cause harm to our nation to justice even if they are in other countries.

Second – unlike in many other nations where corruption is endemic and accepted – great wealth does not buy you a get-out-of-jail-free card in the United States. We really are a country based on the rule of law.

We don’t have a perfect justice system and there are most certainly improvements that can be made.  But the successful prosecution of Guzman shows that we have a fair and effective justice system – contrary to the criticisms we hear far too often from those who claim it is biased, unfair and corrupt.

After deliberating for almost a week, a jury found Guzman guilty of all 10 criminal counts against him. The charges include running a criminal enterprise, and conspiracy to manufacture and distribute narcotics and launder the proceeds of illegal drugs that were smuggled and distributed into the U.S.

Guzman faces a mandatory sentence of life in prison at his sentencing hearing in June.  According to a brief filed by the Justice Department, Guzman led the “world’s largest and most prolific drug trafficking organization” and was the “most notorious drug trafficker in the world.”

Guzman was a driving force in the widespread corruption throughout Mexico. According to the Justice Department, he solidified his power there through a strategy of “the corruption of officials at every level of local, municipal, state, national and foreign government, who were paid cash bribes to ensure that he and the Sinaloa Cartel were free to bring in tonnage quantities of cocaine from South American and move it freely to the United States.”

We don’t have a perfect justice system and there are most certainly improvements that can be made.  But the successful prosecution of Guzman shows that we have a fair and effective justice system – contrary to the criticisms we hear far too often from those who claim it is biased, unfair and corrupt.

The brutality of Guzman and his organization was shocking. According to the Justice Department, his “method of control was brutal force and intimidation.”  His army of cartel members, armed with military grade weapons, “carried out thousands of acts of violence, including murders, assaults, kidnappings, torture and assassination at his direction.”

Guzman’s assassins were “deployed to silence potential witnesses and retaliate against anyone who provided assistance to law enforcement authorities against” his cartel, the Justice Department said.

This violence was not carried out in secret or in silence; cartel members “kidnapped and tortured their victims often prior to brutally murdering them and subsequently boasted of their exploits through gruesome videos that they posted on the internet,” according to the Justice Department.

In 2014 Mexican Special Forces tracked Guzman to a house in Culiacan, but he escaped through a concealed escape hatch underneath a bathtub into a maze in the city’s sewer system.

He was finally arrested months later at a time when he “had control of most of the western hemisphere’s cocaine transportation and distribution network from South America to as far north as Canada.”

In 2015 Guzman escaped from a Mexican maximum-security prison through a tunnel dug from an abandoned home a mile away from the prison directly into the shower in his prison cell. He even published a video of his “descending a ladder into the tunnel, where a motorcycle was waiting.”

As the Justice Department said, “this escape exemplified the power of Guzman’s drug empire and his control over government officials, even while he was incarcerated.”

In 2016 Guzman was captured again after a gun battle between his bodyguards and Mexican law enforcement and a pursuit through the sewer system of Los Mochis in Mexico. He was held in another maximum-security prison until his extradition to the U.S. in 2017 after three decades in the drug business.

Guzman stayed out of the United States and organized his vast, brutal and dangerous empire from his safe outpost in Mexico, surrounded by an army of thugs and protected by corrupt government officials.

But his “substantial drug distribution networks in the United States” brought him directly within the purview of the American justice system.  His extradition to New York to stand trial showed that he could not escape punishment for his heinous acts that caused so many deaths and damaged the lives of so many Americans ravaged by drugs.

The billions of dollars in profits also did not help Guzman in the U.S. The money that fueled the corruption in Mexico that protected him for decades did not have the ability to thwart justice in America.

This is because we are a country where government and the judicial system are based on the rule of law. This is a testament not only to the effectiveness of our criminal justice system, but to the fact that the corruption that gave Guzman a charmed life in Mexico has no acceptance here.