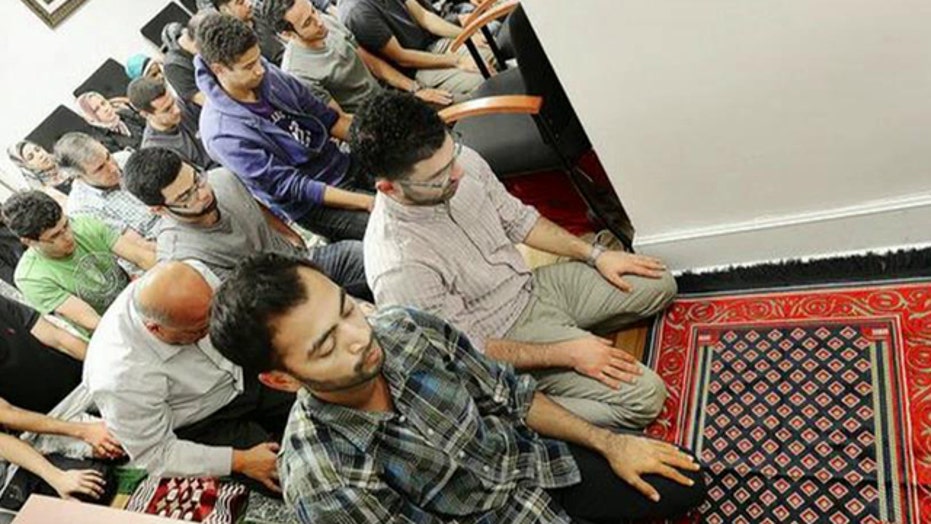 Muslim call to prayer to sound every Friday at Duke

Duke University has abandoned its plan to transform the bell tower on the Methodist school’s neo-gothic cathedral into a minaret where the Muslim call to prayer was to be publicly broadcast.

“Duke remains committed to fostering an inclusive, tolerant and welcoming campus for all of its students,” university spokesman Michael Schoenfeld said in a statement. “However, it was clear that what was conceived as an effort to unify was not having the intended effect.”

Graham said Muslims have a right to worship in America. He also said there are millions of “wonderful people in Islam that want to live their life and raise their children and they want to be free.” But he also said that Islam is not a peaceful religion.

The first adhan, or call to prayer, had been scheduled to be broadcast on Jan. 16. University officials said, the Islamic chant, which includes the words “Allahu Akbar” would have been “moderately amplified” -- in both English and Arabic.

Graham said Muslims have a right to worship in America. He also said there are millions of “wonderful people in Islam that want to live their life and raise their children and they want to be free.” But he also said that Islam is not a peaceful religion.

However, the decision brought a firestorm of national criticism from a number of high profile leaders including Franklin Graham, the son of famed evangelist Billy Graham.

“This is a Methodist school and the money for that chapel was given by Christian people over the years so that the student body would have a place to worship the God of the Bible,” Graham told me in a telephone interview.

He had called for university donors to pull their funding – (and I suspect that had something to do with Duke’s decision.)

Instead, the prayers will be moved to outside the chapel.

“Members of the Muslim community will now gather on the quadrangle outside the Chapel, a site of frequent interfaith programs and activities,” Schoenfeld said.

The university did not say whether the Muslim call to prayer would be “moderately amplified” at the new location.

Christy Lohr Sapp, Duke’s associate dean for religious life, heralded the Muslim call to prayer in a column published by the NewsObserver.com.

“The use of it as a minaret allows for the interreligious reimagining of a university icon,” Lohr Sapp wrote.

For the record, the university says the chapel is not exclusively used for Christian worship. It's used by students of many different religions.

She imagined what it would be like for a students to walk through the chapel quad and “catch the sight of the student muezzin facing Mecca in the Chapel tower” and how “they might catch a strain of the Arabic proclamation, ‘Allahu Akbar!’ which means ‘God is great.’”

“This opportunity represents a larger commitment to religious pluralism that is at the heart of Duke’s mission and connects the university national trends in religious accommodation,” Lohr Sapp said.

I suspect that would not have gone over very well on Friday, September 11, 2015. Imagine the nation pausing to remember the 2001 Islamic terror attacks as students at Duke University heard the words “Allahu Akbar” echoing from the school’s chapel bell tower.

The idea of a historically Methodist university nearly turning its Christian cathedral to a mosque may very well be a first in the United States.

“I am not aware of any other church bell tower that is also used to announce the Muslim call to prayer,” Lohr Sapp wrote in her NewsObserver.com column.

Graham said Muslims have a right to worship in America. He also said there are millions of “wonderful people in Islam that want to live their life and raise their children and they want to be free.”

But he also said that Islam is not a peaceful religion.

It seems to me that allowing Muslim prayers inside a Christian chapel is akin to desecration, I told Rev. Graham.

“I think that chapel was probably desecrated many years ago,” he replied.

Robert Jeffress, the pastor of the historic First Baptist Church in Dallas, Texas, and a Fox News contributor called the university’s decision a travesty.

“If I were an evangelical student attending Duke University, I would go to the administration officials today and say that after the 1 p.m. call to prayer by Muslims – I  want to get on the public address system and quote John 3:16,” Jeffress told me. “I wonder how diverse Duke would be with that request?”

Duke University has a growing Muslim student population. In 2014, More than 700 of the school’s 14,850 students claim to be Muslim. In 2009, the university created the Center for Muslim Life and hired its first full-time Muslim chaplain.

“The chanting of the adhan communicates to the Muslim community that it is welcome here, that its worship matters, that these prayers enhance the community and that all are invited to stop on a Friday afternoon and pray,” Lohr Sapp wrote.

She hoped that hearing the chant might help Muslim students “feel more at home in a world marred by weekly acts of violence and daily discriminations.”

“From ISIS to Boko Haram to Al Qaeda, Muslims in the media are portrayed as angry aggressors driven by values that are anti-education and anti-western,” she wrote in her column.

“Methodist parishioners who believe the Bible is the word of God ought to demand that their denomination cut off any support to Duke,” he told me.  “I think John Wesley would be turning over in his grave. This is certainly not the Methodism of John Wesley – a faith that was firmly founded on the Bible.”

I’m still hung on up a phrase that Dean Sapp used – “interreligious reimagining.” In reality, the cathedral has been conquered – desecrated in the name of political correctness.