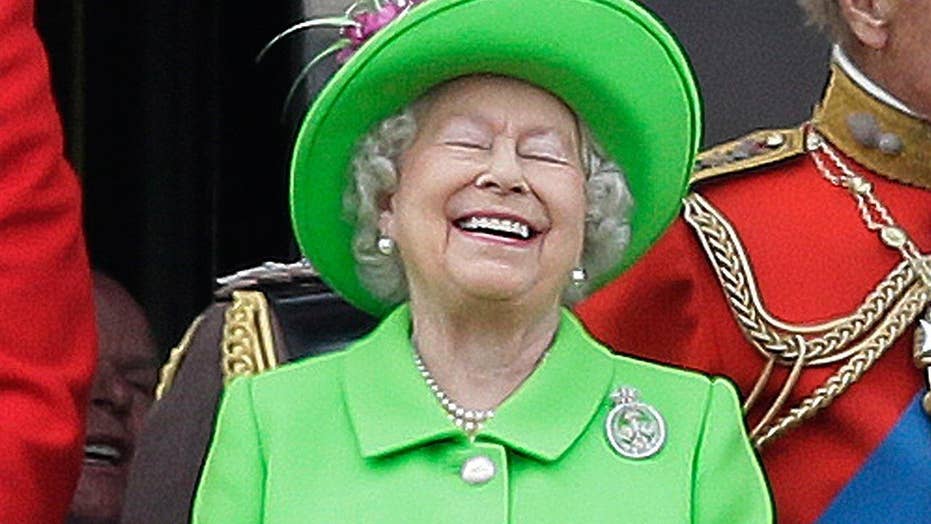 A look at the festivities in England

As "Defender of the Faith and Supreme Governor of the Church of England," Queen Elizabeth II leads one of the largest churches in the world. While active membership and regular attendance have waned in past decades, the queen’s profile as a Christian leader has risen.

Yes, her religious leadership role comes with the monarch’s job description, but her majesty has done more than fulfill a figurehead role. Throughout her more-than 60-year reign, Elizabeth has consistently followed the example of Jesus and provided a model of Christian faith in action.

More than the product of polite deference to historical tradition, the queen’s faith transcends her inherited responsibility and the theology of the Anglican Church. Her faith shines with the luster of a lifetime serving others, refined by the fires of deep-seated struggles and polished by her humor and humility.

DOUGLAS MACKINNON: PRESIDENT TRUMP, I HOPE YOU LISTEN TO THE QUEEN -- YOU CAN HAVE NO BETTER TUTOR

Such an authentic faith could not be merely academic, political, or social but is undoubtedly personal, visceral and deeply intimate.

Perhaps the queen’s faith began, as it did for many of us, as an obligation, a product of family custom and cultural tradition. She had little choice but to embrace the duty of the crown.

As monarch, she was viewed historically if not theologically as God’s chosen sovereign for the people of the United Kingdom and British Commonwealth of Nations. But even as the world changed, Elizabeth found a way to maintain the timeless tenets of the Christian faith while accepting cultural and social evolution.

While most Christians no longer look to a special delegate, prophet, priest or monarch as their spiritual exemplar, we still take notice of individual leaders’ faith. We look to see if their walk matches their talk.

We see how they treat others, particularly those with whom they disagree. We watch their response to tragedy, both personal and universal. We notice their attitude toward God, Christ, the scriptures and the various faiths of others.

Elizabeth did not choose her role, nor did she refuse it. Yet, she has never used her royal position as a pedestal for self-aggrandizement, self-indulgence, or self-congratulations.

Instead, she has accepted her position as queen, head of the church, and defender of the faith solemnly and soberly. But it clearly is not duty alone driving her decades of service. Something in the fiber of her faith is clearly informed by her personal relationship with God.

Surprising as it may be to some even as it is assumed by others, Queen Elizabeth II has much to teach us about living out our faith and following the example set by Jesus Christ.

Early on, she accepted the call placed on her life, yet she made that role uniquely her own by the way she has lived, served, and reigned. She discovered the only way to wear the royal grandeur of the monarchy was to remain clothed in her humanity. And her Christian faith remains the thread stitching person and personage, duty and desire, together.

Dudley Delffs, PhD, is an award-winning novelist, poet, and biographer. Dudley’s lifelong fascination with his Celtic ancestry has resulted in great affection for British culture and frequent trips to the UK. When he’s not writing or traveling, Dudley enjoys hiking, painting, and smoking his Dunhill pipe on the porch of his home in Sewanee, Tennessee. His latest book, The Faith of Queen Elizabeth (Zondervan, 2019), releases just in time for Season 3 of The Crown on Netflix.