How competitive will the debate stage be for 2020 Democratic presidential hopefuls?

Joe Borelli and Jose Aristimuno weigh in on who has the best shot at becoming the 2020 Democratic presidential nominee.

If we take a simple average of the scheduled time for the two-night primetime programs on NBC, each candidate will only have about 10 minutes to communicate their ideas and debate their opponents.

Indeed, the DNC set a strict limit of 20 candidates with 65,000 donors or at least 1 percent in three polls. With a scheduled debate time of two hours, and factoring in introductions, closing statements, and commercial breaks, there is hardly enough time for candidates to engage in a high-quality issue-based debate about issues Americans are concerned about. 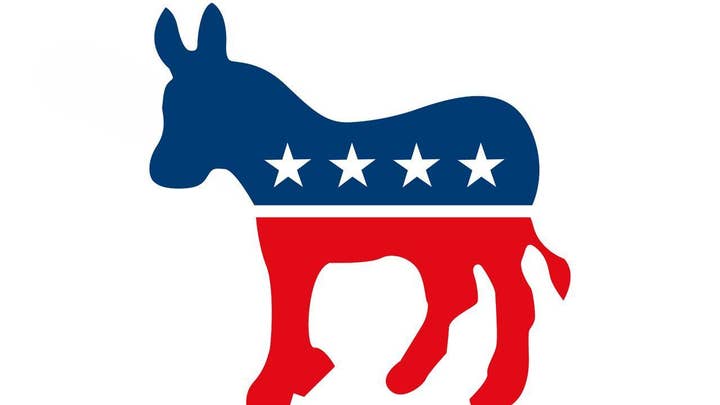 Further, in the second round of debates, candidates will have to secure donations from at least 130,000 individuals from 20 states and register at least two percent in four state or national polls. And so far, only four candidates have reached the 130,000 market.

The DNC has to be extraordinarily cautious about shunning candidates, not only because of the embarrassing advantages they gave to Hillary Clinton but also because there are so many candidates.

The Democratic National Committee’s continued efforts to sanction the number of participants at its debates undermines the Democrats’ values of inclusion and an “open and transparent” process that DNC Chairman Tom Perez has described.

The requirements of 65,000 donors or at least 1 percent in three polls would not ordinarily be a difficult hurdle for any statewide or well-entrenched politician.

Yet at the moment, candidates like Steve Bullock, the Governor of Montana who announced his candidacy in May, will not be on the debate stage.

Despite polling at 1 percent in a Washington Post/ABC News poll, the DNC announced last Thursday that Bullock will not be in the debates.

“This means the DNC is singling out the only Democrat who won a Trump state,” Bullock noted, pushing against potential support from Republican supporters and viewers. His campaign called the rules “obscure.”

Bullock was occupied presiding over by his state’s Republican-majority legislative session that occurs every two years, and expanded Medicaid and passed an infrastructure bill -- two of which are efforts that the Democrats have heavily foregrounded.

The Democratic National Committee’s continued efforts to sanction the number of participants at its debates undermines the Democrats’ values of inclusion and an “open and transparent” process that DNC Chairman Tom Perez has described.

Sure, grassroots outreach and fundraising networks are crucial for a committed base, but what is more important is the ability to reach the most viewers and people as possible.

Challenges to swell the number of donors make the competition to reach such numbers competitive, insignificant, and principally unrelated to what’s important for the Democratic Party: to develop that strong narrative needed to defeat President Trump in 2020 and to focus on what voters care about.

Take, for example, Democratic nominee Andrew Yang, who has rallied support for Universal Basic Income. Yang said, “As soon as the criteria were announced [in February], we looked at it and said ‘OK, we’re going to get through that number-of-individual donors threshold as fast as possible.” His campaign quickly pulled in $1.8 million with 80 percent of it from small-dollar donors, but many from single dollar donations through its “Give $1 to Put Humanity First in 2020” campaign. While staggering, such means summoned by the DNC’s requirements does little to find common ground amongst the Democratic candidates and Party.

Similarly, super PAC Act Now On Climate supporting Washington Gov. Jay Inslee dumped $411,000 on Facebook ads to drive small donor support, only to stop the ads after announcing that his campaign had reached 50,000 donors in early May. The PAC’s Twitter account comparably replied directly to over 62,000 Tweets about climate change and encouraging support to elect Inslee, halting replies on May 24 -- the day he secured a spot on the June debate stage.

A presidential debate stage is often the only way to increase the knowledge of voters nationwide, allowing access to differing ideas from opponents outside of their desired candidate.

Drawing arbitrary numbers at several critical and early stages will only hurt the democratic process, and harm the ability for moderate candidates to deliver their message when the eventual nominee will compete against President Donald Trump next November.