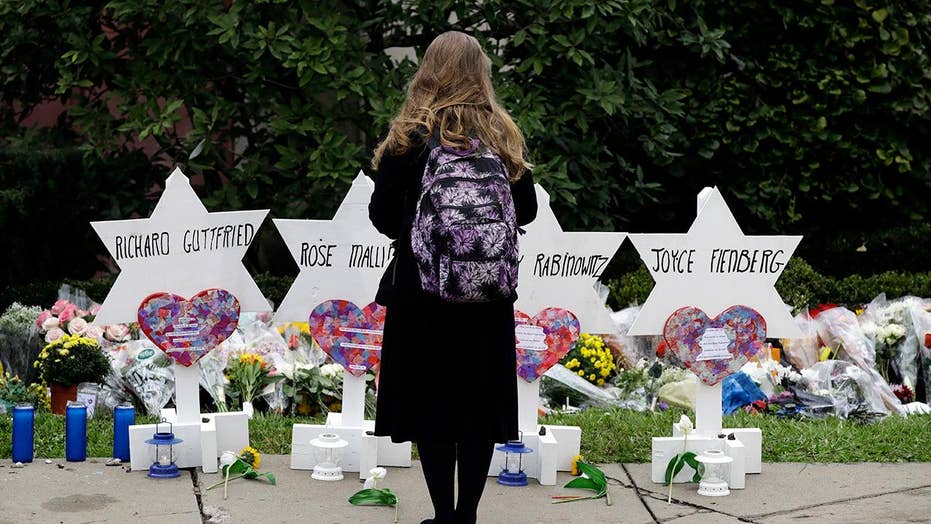 The hosts of 'Outnumbered' debate how to forge unity following the mail bomb threat and attack on the Tree of Life synagogue in Pittsburgh.

There is an overarching issue in the 2018 midterm election which neither side has addressed. Not only have they not addressed it, but both sides by their actions and their statements have in fact exacerbated the problem.

DOUG SCHOEN: DEMOCRATS, WE HAVE A PROBLEM

And it’s not going away anytime soon.

It is simply unacceptable that both the Republican (including the president) and Democratic leadership are blaming one other for the tragedy of 12 – perhaps now 13 – bombs being sent to various anti-Trump officials and personalities, as well as the tragic murders at the Tree of Life Synagogue in Pittsburgh. It’s just wrong.

Our country is literally being torn apart by this polarization, and we are failing to get anything done as a result – whether it be on immigration, education, or health care.

There are straightforward compromises on each issue that could be reached, but none are even being discussed. Instead, we are playing the blame game where each side demonizes the other in increasingly unpalatable ways.

I write this as a moderate Democrat who has been very upset with my party, but who is by no means a convert to the Republican Party.

I have been upset with my party because it has moved so far to the left and has deliberately sought not to compromise with President Trump when reasonable options exist.

I have been upset with the Republicans because they have sought to polarize and demonize the Democrats for being extreme and out of the mainstream—which in fact, is often times the case—but then not seeking to make common cause with the substantial moderate elements in the party which still predominate.

The reason polarization is a larger issue is that, unless we can recognize our common purpose and our common goals as a nation, all of us will lose.

What truly matters is that we have to recognize that we are one nation with one purpose both domestically and internationally.

But both Obama and Trump, in my contrary judgement, represent the strength of the American people: trusting a first-term Senator who was pledging to bring America together (not a red America, not a blue America, but a United States of America), and then a billionaire real estate developer who offered the promise of listening to people on issues such as immigration who had heretofore seemingly gone unheard.

But there has always been a broader goal in American life, which is to stand up for the greater good, and that has disappeared.

We will fail as a nation, our democracy will be in trouble, and our global position is almost certain to erode, unless explicit and clear steps are taken to seek to find common cause after the midterm elections.

It is that important. It cannot be sloughed off, and to the extent that people of goodwill care, there has to be an effort to form in the next Congress a conciliation caucus that seeks as its goal to resolve issues between the Democrats and Republicans – not on an ad hoc basis, but on a permanent basis.

Our country is too important, our people are too good, and our role and value as a nation to remain as a beacon for our citizens and those around the world – all of this is too important to put at risk for the sake of petty squabbles and political divisiveness.