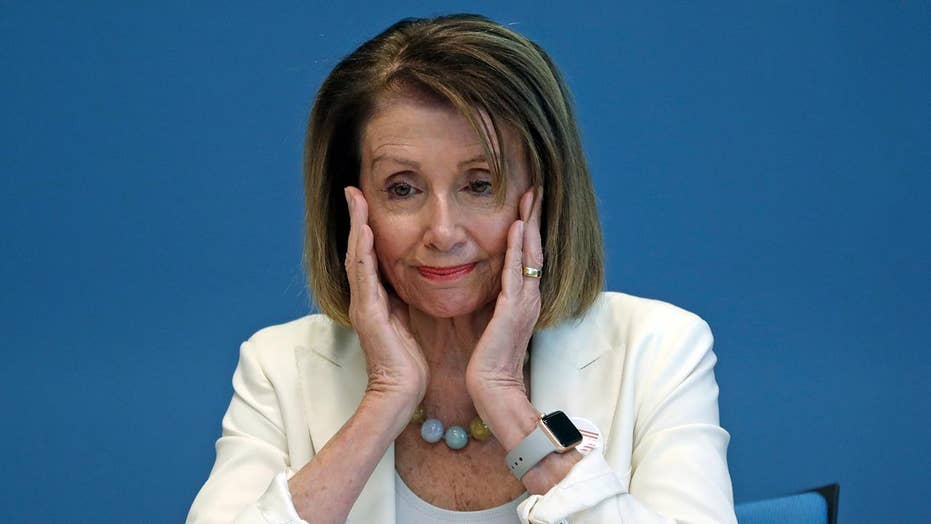 The Democrats have a problem, a serious problem, but one that they have yet to acknowledge fully – or frankly, at all.

Here it is: Democrats have moved so far to the left that Republican attacks on them for being extremist and too far in the clutches of their tired, out-of-touch leadership have been working. And working well, according to the recent NBC/Wall Street Journal poll.

DOUG SCHOEN: HILLARY AND HOLDER HURTING DEMOCRATS WITH THEIR AMAZING AND DISGUSTING COMMENTS

The Republican campaign now is simple: just focus on how far left the Democrats are, and how beholden its candidates – particularly Congressional candidates – are to the unpopular Democratic leadership in both the House and the Senate.

I have argued here and elsewhere that Democrats need new leadership. I have also suggested that those candidates who have rejected their leadership are likely to do better than those who remain mute, take the money and suffer the political consequences.

But right now, as we head into the final two weeks of the election campaign, it appears that both the Senate and potentially the House races are tightening. And it appears that Donald Trump’s attacks on the Democratic Party for being out of touch with the electorate and too confrontational – as well as led by two failed leaders of the past – are working.

Rest assured, the Republicans have failed to take advantage of what has been their principle opportunity, which is to run on the economy, and get political credit for something the voters themselves see as improving and beneficial.

That being said, the caravan currently moving from the Mexico-Guatemala border towards the United States gives Trump and the Republicans a chance to double down on immigration, an issue that the Democrats themselves remain vulnerable on.

Why are the Democrats vulnerable on immigration? Because they have not disavowed the attack that they are for open borders. Having a substantial number of their candidates supporting either the denuding or the elimination of ICE doesn’t help either.

If the Democrats are unable to win one house of Congress, at a time when they traditionally should pick up seats, it would underscore the emptiness and indeed potential bankruptcy of the Democratic Party.

Again, I have argued elsewhere that the party should have embraced an immigration compromise where the wall would be built, in exchange for the pathway to citizenship for the 11 or 12 million immigrants not here legally.

Their failure to do this – and in the absence of a centrist economic agenda that focuses on economic inclusion, as well as compromises on health care and immigration – has the Democrats’ being perceived as extreme. The loud agenda of their Democratic socialist wing and the utterances of many of their potential 2020 presidential candidates only compound this perception.

To put it bluntly, this is exactly the same problem that Hillary Clinton faced in 2016 when she lost Pennsylvania, Michigan, Ohio, and Wisconsin – and as a result lost the Electoral College to Donald Trump. Once again, Republicans are making the case that Democrats are too far outside of the mainstream to be trusted.

If the Democrats are unable to win one house of Congress, at a time when they traditionally should pick up seats, it would underscore the emptiness and indeed potential bankruptcy of the Democratic Party.

I still believe the Democrats have about 60-65 percent chance of winning the House. That is down in the last couple of weeks, based on the available public polling, but that does not have to be the case.

I would urge Democrats in swing districts to distance themselves from the party’s leadership, and to disavow impeachment, whether it be of Donald Trump or of newly sworn-in Supreme Court Justice Brett Kavanaugh.

I would urge them instead to focus on issues like the economy, jobs, health care, and immigration in a centrist and inclusive way that reflects the values and views of most middle-class centrist Americans who make up the bulk of swing voters now.

To not do so in the final two weeks of the campaign puts the party at risk of marginalization, or worse. It is that serious.

Democrats appear to be too focused on a primary electorate that has moved far to the left, and beyond that to the presidential primaries of 2020.

But the party will not be competitive in 2020 unless and until they win at least the House in the midterms, as well as holding their own in at least a few of the marginal Senate races. And they are not going to do this as long as the numbers are pointing to clear movement to the Republicans, no movement to the Democrats, and a party that is either myopic, out of touch or both.