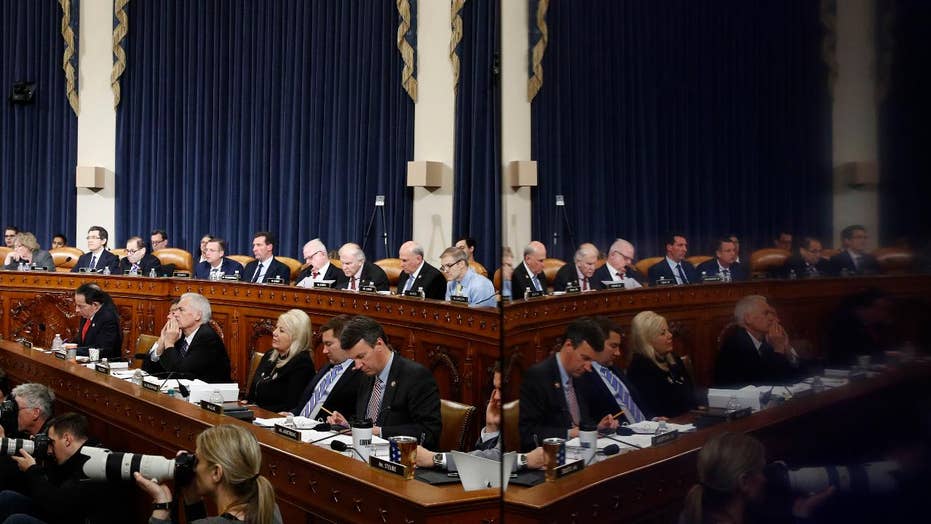 Since the beginning of the inquiry, has any lawmaker changed their position on impeachment, asks Fox News anchor Bret Baier.

One symptom of a society in crisis is the unreliability or even corruption of its own auditors.

After all, when the watchmen have lost moral authority to watch, who can be believed or trusted? Or, as the Roman satirist Juvenal famously put it, “Who will guard the guardians?”

It was recently reported that FBI lawyer Kevin Clinesmith altered an email to bolster a suspicious FBI effort to obtain a Foreign Intelligence Surveillance Court warrant authorizing the surveillance of Carter Page, a onetime employee of the Trump campaign.

If true, Clinesmith helped the FBI successfully delude the court into granting what was likely an illegal request to spy on the Trump campaign. Clinesmith was reportedly expelled from special counsel Robert Mueller’s legal team for cheering on opposition to the Trump presidency by writing “Viva la resistance!” in a text message discussion.

After FBI Director James Comey was fired, he leaked his own memos of private and confidential conversations with the president. Whether Comey would go to jail hinged on how the FBI would categorize his memos post facto — as merely “confidential,” or as “secret” or “top secret.”

Two of the adjudicators were Lisa Page and Peter Strzok, former Comey friends and FBI subordinates. The FBI eventually ruled that the leaking of the memos was not felonious. Page and Strzok, who were involved in an amorous relationship, were later dismissed from Mueller’s team for exchanging texts that showed bias and hatred toward Trump, the object of their team’s investigation.

We are awaiting the results of investigations being conducted by Department of Justice Inspector General Michael Horowitz and federal prosecutor John Durham. Both are examining whether the nation’s top investigators at the FBI, CIA and DOJ were themselves corrupt.

Schiff himself has lied about the prior relationship between the so-called whistleblower and his own staff. He read into the congressional record his version of a transcript of a presidential conversation that was so inaccurate and misleading that Schiff was forced to relabel it a “parody.”

The whistleblower, we were initially told, was a civic-minded, nonpartisan civil servant who risked his or her career to report alleged presidential misconduct. Although the whistleblower’s identity has not been confirmed, what has been reported in the press suggests the very opposite of such a glowing nonpartisan portrait.

The whistleblower went first to the House Intelligence Committee staff for guidance on how to lodge a complaint. The whistleblower’s lawyer was a known anti-Trump activist who had previously boasted about the effort to remove Trump, which he compared to a coup.

The whistleblower relied on hearsay and had no firsthand knowledge of presidential wrongdoing. Critics allege that the whistleblower will not come forward to testify, as promised by Schiff, because under cross-examination the whistleblower would have to detail a collaborative association with anti-Trump partisans and Schiff’s staff.

It is easy for our legal and ethical custodians to hound unpopular politicians whom the media despises, and who incur strident political opposition. Investigators and inquisitors know that any dirt they can dig up, even if questionably obtained and of dubious truth, will earn them praise.

In the case of Trump, our watchmen embraced any means necessary to reach the supposedly noble and popular ends of weakening or removing him.

But the reason we have auditors in the first place is for precisely the opposite purpose: to examine evidence fairly even if the final conclusions are likely to exonerate someone deemed boorish and crude by most of federal officialdom.

In other words, our investigatory agencies should function like the First Amendment, which primarily serves not to protect free speech that we all admire but to protect unpopular speech that most prefer not to hear.

The moral test of our Justice Department, the congressional opposition and the FBI was to give even an often unpopular president some semblance of a fair audit.

All three so far have flopped miserably.

Their failures remind us why nearly 2,000 years ago Juvenal believed that society could not outsource to supposedly exalted moral officials the final authority to judge others.

Instead, we must count only on ourselves.