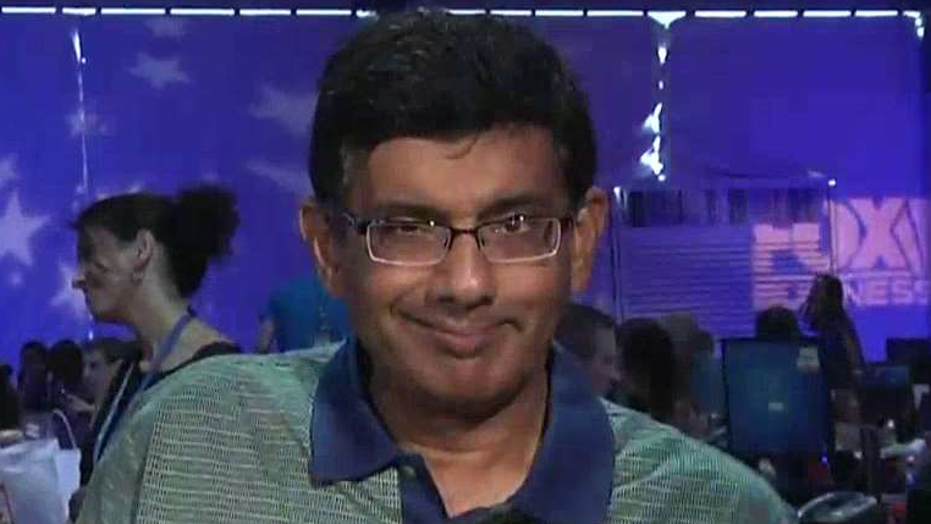 Contrary to what we learn from progressives in education and the media, the history of the Democratic Party well into the twentieth century is a virtually uninterrupted history of thievery, corruption and bigotry.  American history is the story of Democratic malefactors and Republican heroes.  Yes, it’s true.

I begin with Andrew Jackson. He—not Thomas Jefferson or FDR—is the true founder of the modern Democratic Party.  Progressives today are divided about Jackson.  Some, like historian Sean Wilentz, admire him, while others want to remove him from the $20 bill because he was a slaveowner and a vicious Indian fighter.  He was, in this view, a very bad American.

I support the debunking of Jackson, but not because he was a bad American—rather, because he was a typical crooked Democrat.  Jackson established the Democratic Party as the party of theft.  He mastered the art of stealing land from the Indians and then selling it at giveaway prices to white settlers.  Jackson’s expectation was that those people would support him politically, as indeed they did.  Jackson was indeed a “man of the people,” but his popularity was that of a gang leader who distributes his spoils in exchange for loyalty on the part of those who benefit from his crimes.

Jackson also figured out how to benefit personally from his land-stealing.  Like Hillary Clinton, he started out broke and then became one of the richest people in the country.  How?  Jackson and his partners and cronies made early bids on Indian land, sometimes even before the Indians had been evacuated from that land.  They acquired the land for little or nothing and later sold it for a handsome profit.  Remarkably, the roots of the Clinton Foundation can be found in the land-stealing policies of America’s first Democratic president.

The Democrats were also the party of slavery, and the slave-owning mentality continues to shape the policies of Democratic leaders today.  The point isn’t that the Democrats invented slavery which is an ancient institution that far predates America.  Rather, Democrats like Senator John C. Calhoun invented a new justification for slavery, slavery as a “positive good.”  For the first time in history, Democrats insisted that slavery wasn’t just beneficial for masters; they said it was also good for the slaves.

Today progressive pundits attempt to conceal Democratic complicity in slavery by blaming slavery on the “South.”  These people have spun a whole history that portrays the slavery battle as one between the anti-slavery North and the pro-slavery South.  This of course benefits Democrats today, because today the Democratic Party’s main strength is in the north and the Republican Party’s main strength is in the South.

But the slavery battle was not mainly a North-South issue.  It was actually a battle between the pro-slavery Democrats and the anti-slavery Republicans.  How can I make such an outrageous statement?  Let’s begin by recalling that northern Democrats like Stephen Douglas protected slavery, while most southerners didn’t own slaves.  (Three fourths of those who fought in the civil war on the confederate side had no slaves and weren’t fighting to protect slavery.)

Republicans, meanwhile, to one degree or another, all opposed slavery.  The party itself was founded to stop slavery.  Of course there were a range of views among Republicans, from abolitionists who sought immediately to end slavery to Republicans like Abraham Lincoln who recognized that this was both constitutionally and politically impossible and focused on arresting slavery’s extension into the new territories.  This was the main platform on which Lincoln won the 1860 election.

The real clash was between the Democrats, north and south, who supported slavery and the Republicans across the country who opposed it.  As Lincoln summarized it in his First Inaugural Address, one side believes slavery is right and ought to be extended, and the other believes it is wrong and ought to be restricted. “This,” Lincoln said, “is the only substantial dispute.”  And this, ultimately, was what the Civil War was all about.

In the end, of course, Republicans ended slavery and permanently outlawed it through the Thirteenth Amendment.  Democrats responded by opposing the Amendment and a group of them assassinated the man they held responsible for emancipation, Abraham Lincoln.  Republicans passed the Fourteenth Amendment securing for blacks equal rights under the law, and the Fifteenth Amendment giving blacks the right to vote, over the Democrats’ opposition.

Confronted with these irrefutable facts, progressives act like the lawyer who is presented with the murder weapon belonging to his client.  Darn, he says to himself, I better think fast.  “Yes,” he now admits, “my client did murder the clerk and rob the store.  But he didn’t kill all those other people who were also found dead at the scene.”

In other words, progressives who are forced to acknowledge the Democratic Party’s pro-slavery history promptly respond, “We admit to being the party of slavery, and we did uphold the institution for more than a century, but slavery ended in 1865, so all of this was such a long time ago.  You can’t blame us now for the antebellum wrongs of the Democratic Party.”

The Ku Klux Klan was founded in 1866 in Pulaski, Tennessee by a group of former confederate soldiers; its first grand wizard was a confederate general who was also a delegate to the Democratic National Convention.  The Klan soon spread beyond the South to the Midwest and the West and became, in the words of historian Eric Foner, “the domestic terrorist arm of the Democratic Party.”

The sordid history of the Democratic Party in the early twentieth century is also married to the sordid history of the progressive movement during the same period.  Progressives like Margaret Sanger—founder of Planned Parenthood and a role model for Hillary Clinton—supported such causes as eugenics and social Darwinism.  While abortion was not an issue in Sanger’s day, she backed forced sterilization for “unfit” people, notably minorities.  Sanger’s Negro Project was specifically focused on reducing the black population.

Progressives also led the campaign to stop poor immigrants from coming to this country.   They championed laws in the 1920s that brought the massive flows of immigration to this country to a virtual halt.  The motives of the progressives were openly racist and and in the way the immigration restrictions were framed, progressives succeeded in broadening the Democratic Party’s target list of minority groups.

While the Democratic Party previously singled out blacks and native Indians, progressives showed Democrats how to suppress all minorities.  Included in the new list were Central and South American Hispanics as well as Eastern and Southern Europeans.  Many of these people were clearly white but progressives did not consider white enough.  Like blacks, they were considered “unfit” on the basis of their complexion.

During the 1920s, progressives developed a fascination with and admiration for Italian and German fascism, and the fascists, for their part, praised American progressives.  These were likeminded people who spoke the same language, and progressives and fascists worked together to implement programs to sterilize so-called mental defectives and “unfit” people, resulting subsequently in tens of thousands of forced sterilizations in America and hundreds of thousands in Nazi Germany.

During the 1930s, President Franklin D. Roosevelt sent members of his brain trust to Europe to study fascist economic programs, which he considered more advanced that anything his New Deal had implemented to date.  FDR was enamored with Mussolini, whom he called the “admirable Italian gentleman.”  Some Democrats even had a soft spot for Hitler: young JFK went to Germany before World War II and praised Hitler as a “legend” and blamed hostility to the Nazis as jealousy resulting from how much the Nazis had accomplished.

Yes, I know. Very little of this is known by people today because progressives have done such a good job of sweeping it all under the rug.  This material is simply left out of the textbooks even though it is right there in the historical record.  Some progressive pundits know about it, but they don’t want to talk about it.

Indeed many progressives have been working hard to come up with lies that can be passed off as facts.  Progressives have a whole cultural contingent—Hollywood, the mainline media, the elite universities, even professional comedians—to peddle their propaganda.  From the television show Madame Secretary to the front page of the New York Times to nightly quips by Stephen Colbert, the progressive bilge comes at us continually and relentlessly.

In this bogus narrative, Republicans are the bad guys because Republicans opposed the Civil Rights Movement of the 1950s and 1960s.  For progressive Democrats, the civil rights movement is the canonical event of American history.  It is even more important than the American Revolution.  Progressive reasoning is: we did this, so it must be the greatest thing that was ever done in America.  Republicans opposed it, which makes them the bad guys.

The only problem is that Republicans were instrumental—actually indispensable—in getting the Civil Rights Laws passed.  While Lyndon Johnson pushed the Civil Rights Act of 1964 with the backing of some northern Democrats, Republicans voted in far higher percentages for the bill than Democrats did.  This was also true of the Voting Rights Act of 1965.  Neither would have passed with just Democratic votes. Indeed, the main opposition to both bills came from Democrats.

Interestingly enough the GOP is not merely the party of minority rights but also of women’s rights.  Republicans included women’s suffrage in the party’s platform as early as 1896. The first woman elected to Congress was Republican Jeanette Rankin in 1916.  That year represented a major GOP push for suffrage, and after the GOP regained control of Congress, the Nineteenth Amendment granting women’s suffrage was finally approved in 1919 and ratified by the states the following year.

The inclusion of women in the 1964 Civil Rights Act was, oddly enough, the work of group of racist, chauvinist Democrats.  Led by Democratic Congressman Howard Smith of Virginia, this group was looking to defeat the Civil Rights Act.  Smith proposed to amend the legislation and add “sex” to “race” as a category protected against discrimination.

Smith’s Democratic buddies roared with laughter when he offered his one-word amendment.  They thought it would make the whole civil rights thing so ridiculous that no sane person would go along with it.  One scholar noted that Smith’s amendment “stimulated several hours of humorous debate” among racist, chauvinist Democrats.  But to their amazement, the amended version of the bill passed. It bears repeating that Republicans provided the margin of victory that extended civil rights protection both to minorities and to women.

This article is excerpted from Dinesh D’Souza’s new book Hillary’s America, which was published this month by Regnery and is accompanied by a film of the same name that opened in theaters nationwide on July 22.