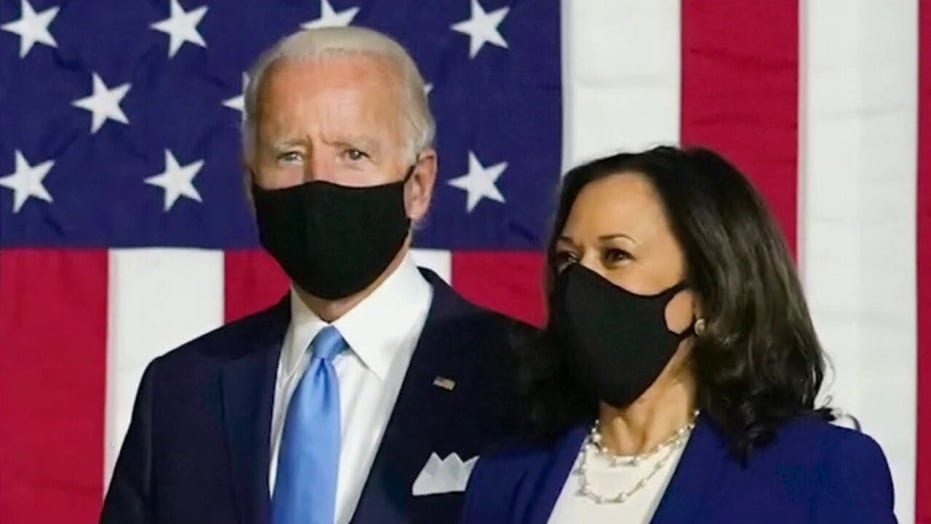 Why does the media keep referring to Kamala Harris as a moderate?

If Kamala Harris is a moderate, Joe Biden is a teenager.

Soon after the former vice president, 77, revealed on Tuesday the woman he hopes will become his vice president, newsroom Leftists rushed to camouflage the 55-year-old junior senator from California as a centrist.

The so-called Paper of Record dubbed Harris “a pragmatic moderate.” ABC’s George Stephanopoulos said that Harris “comes from the middle of the road, moderate wing of the Democratic Party.” Nonsense. Harris is a right-winger! Just ask the Washington Post, which called her “a small-c conservative.”

This, of course, is unwittingly hilarious, when it’s not maddening. These and other media organizations know better. They are busy repackaging the far-left Harris as a half-Jamaican/half-East Indian version of Sen. Lisa Murkowski, R-Alaska, whose office occupies the 50-yard line of the Redskins generic Washington team. In fact, Kamala Harris is Bernie Sanders with long, black hair.

Actually, that’s a tad unfair to the socialist senator from Vermont. He is merely the second-leftest member of the World’s Greatest Deliberative Body. Who’s No. 1? Kamala Harris!

According to GovTrack’s legislative-vote analysis, Harris is “Ranked most liberal compared to all senators.” With a score of 0.0, Harris was the 100th most conservative senator. Sanders was No. 99, with a 0.02. So, this “small-c conservative” actually votes to the left of Bernie Sanders.

Other key legislative report cards also find Harris in or near the ideological end zone.

The American Conservative Union scored Harris a dismal 9 percent in 2018. That year, the pro-market National Taxpayers Union graded Harris a D. In contrast, the Americans for Democratic Action gave Harris a perfect, 100-percent-liberal rating in 2018 (before her 2019 presidential run and consequent truancy muddied results.)

Biden, for his part, was stumbling-over-a-cliff left in 2008, his last year in the Senate. The ACU judged Biden a 0. The NTU ruled him an F. And the ADA rated him an 80.

Based on actual Senate votes, Biden-Harris is the furthest-Left Democrat ticket since George McGovern and Thomas Eagleton in 1972, if not in U.S. history.

Yeas and Nays aside, Harris’ policies catapult her over the port side of the ship of state.

Democrats offer Americans a fragile, fading, solid-left Joe Biden and, one heartbeat behind him, the even-harder-left Kamala Harris.

You have been warned.