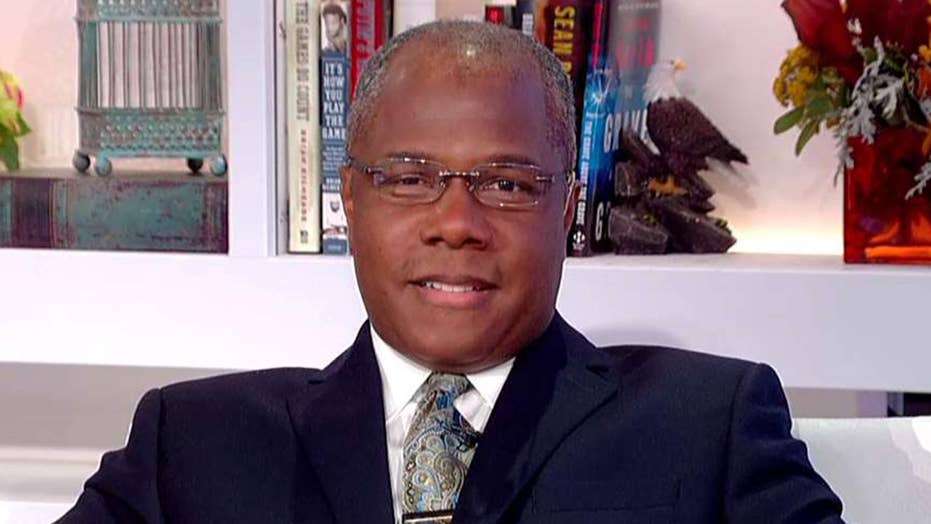 “Mirror, mirror on the wall, who’s the leftest of them all?”

Democrats are campaigning for hundreds of posts in the midterm elections Tuesday – all 435 U.S. House seats, 35 U.S. Senate seats and 36 governorships.

The entire Democratic Party has shifted left, moving from yesterday’s concern for the poor and civil rights, to today’s identity politics and politics of envy. But some have gone crazier than others.

The following candidates have run farthest left and slid clean off the port side of America’s ship of state.

Some have nicknamed the U.S. Senate candidate “Tex Kennedy,” given his leftist views and an aura that recalls that famous Democratic dynasty.

In June 2016, O’Rourke voted for a $10-per-barrel oil tax. Regarding the abolition of the U.S. Immigration and Customs Enforcement (ICE) agency, according to Texas Tribune, O’Rourke said: “I’m open to doing that.”

“There has been a war on police officers for the last several years,” said Sheriff Tracy Murphree of Denton County, Texas, in response to O’Rourke’s comment. Murphree also told Fox News this about O’Rourke: “His rhetoric is divisive. It’s insulting. And most of all, it’s dangerous.”

The 39-year-old Gillum is well-spoken and magnetic, which explains why assorted ethics questions cling to him like iron filings. His hard-left positions also have attracted abundant controversy.

Gillum wants to boost corporate taxes by 36 percent, a steep hike and a body blow to Florida’s reputation as a tax-friendly, pro-business environment. He calls for socialized medicine, a $15 minimum wage (nearly double $8.25 today), and statewide mandates on teacher salaries – normally a local matter.

The National Taxpayers Union’s Brandon Arnold and the James Madison Institute’s Sal Nuzzo examined Gillum’s “big government agenda.” They wrote in The Hill Friday: “Our analysis indicates Florida would stand to lose more than 155,000 jobs and north of $28 billion in economic activity every year.”

Gillum has been excoriated for his association with Dream Defenders, a hard-left outfit that makes the NAACP look like the Cato Institute. Gillum signed the group’s Freedom Pledge, which states: “I pledge my support to the Freedom Papers” – a jaw-droppingly statist manifesto that slams law enforcement.

“Police were never meant to protect and serve me and you,” the Freedom Papers state. “They started as slave catchers hired by wealthy plantation owners. … Police and prisons have no place in ‘justice.’ Police and prisons aren’t just racist but they work to enforce the separations of rich and poor.”

This document also demands “an end to borders” and declares that “the United States is the biggest bully in the history of the planet.”

“We must learn from the successes of young leaders like the Dream Defenders,” Gillum wrote in March 2014. Referring to the group’s founder, Gillum added in IBW21.org: “Our country could use a lot more Phillip Agnews.”

Agnew, in turn, says he has known Gillum since they met at Florida A&M University in 2003 said: “We like to say Andrew Gillum isn’t a friend of the movement, he is a part of the movement.”

The self-described “socialist, abolitionist, feminist and internationalist organization” formally supports Gillum. “This is the first time we have endorsed a candidate,” Dream Defenders announced. “Andrew Gillum is by far the best candidate for our movement to engage with in pursuing our revolutionary vision.”

It also did not help when Project Veritas captured Omar Smith – a campaign staffer for and self-described college friend of Gillum – describing Florida as a “cracker state” and calling residents of Port St. Lucie and Orlando “them crackers.” The campaign subsequently sacked Smith.

Gillum faces former U.S. Rep. Ron DeSantis, R-Fla., 40. DeSantis is a telegenic, decorated Navy veteran and favorite of the Club for Growth and other pro-market organizations. Gillum’s collectivism and DeSantis’ individualism offer Floridians a dramatically distinct choice at the polls.

The gold medal belongs to U.S. Rep. Kyrsten Sinema, D-Ariz., a candidate for the U.S. Senate.

Sinema presents herself as a commonsense centrist. This posture already has earned praise, of a sort, from across the aisle

“Kyrsten Sinema is the greatest actress on the planet,” Republican National Chair Ronna McDaniel told said on “Hannity” on Fox News Channel recently. “She deserves an Oscar for her change.”

Assorted snippets of videotape and sound recordings captured Sinema lampooning the state she hopes to represent. She told liberal activists in 2011 how to “stop your state from becoming like Arizona.” Elsewhere, she suggested that her state is “crazy.”

Sinema hammered women in a 2006 interview with 944, a now-defunct, Scottsdale-based lifestyle magazine.

“These women who act like staying at home, leeching off their husbands or boyfriends, and just cashing the checks is some sort of feminism because they’re choosing to live that life,” Sinema said. “That’s bull----. I mean, what the f---- are we really talking about here?”

“The states are the laboratory of democracy,” Sinema reminded her audience at Netroots Nation. “And my state, Arizona, is clearly the meth lab of democracy.”

Sinema’s national security views are the scariest part of her record.

She was Green Party member and anti-war activist. At a 2003 rally dubbed “No War! A Celebration of Life and Creativity,” Sinema appeared in a pink tutu. She invited the witches of the Pagan Cluster to another anti-war action and recalled “singing and spiraling in the pagan’s circle only 5 rows back from the police line” in Miami, during yet another peace protest.

Sinema seemed incredibly relaxed about the Taliban on a local radio show in February 2003, 17 months after the Sept. 11 slaughter, which the Taliban facilitated:

“If I want to go fight in the Taliban army, I go over there, and I’m fighting for the Taliban,” the host asked, “I’m saying that’s a personal decision.”

In 2003, Sinema promoted two Arizona State University events featuring the since-deceased Lynne Stewart, a radical lawyer who represented Omar Abdel Rahman, AKA the Blind Sheik. He scored a life sentence in 1996 for plotting nearly simultaneous Islamic-terror attacks in New York City on the United Nations, an FBI office, the George Washington Bridge, and the Holland and Lincoln tunnels.

Stewart was convicted in 2005 for carrying secret messages from the Egyptian extremist to his associates in a radical outfit called the Islamic Group.

Ocasio-Cortez identifies openly as a democratic socialist. She favors Medicare for All, Jobs for All, College for All, Student-Debt Forgiveness for All, and the entire Freebies for All smorgasbord.

So why just an honorable mention?

The 28-year-old candidate has the courage of her convictions but lacks basic knowledge about her own program. When CNN’s John King asked her how she proposed to pay for her roughly $40 trillion (with a T) legislative buffet, she said she would boost corporate taxes.

That would cover some $2 trillion. Asked how she would finance the remaining $38 trillion, she sputtered. “We do know and acknowledge that there are political realities,” she said. “They don’t always happen with the wave of a wand, but we can work to make these things happen.”

Ocasio-Cortez told PBS’ Margaret Hoover that she opposes Israel’s “occupation” of Palestinian territory and “their housing and homes.” Asked to elaborate, Ocasio-Cortez conceded, that she was “not the expert on geopolitics on this issue.”

The political neophyte continued similarly, such that my National Review Online colleague Liam Warner wrote: “Most of the time Ocasio-Cortez opened her mouth only to change feet.”

In the legislative branch, to which Ocasio-Cortez aspires, House members get sworn in, sponsor bills and amendments, and vote on them. They also hold press conferences and raise barges full of campaign cash, even though the Constitution is silent about these activities.

Rather than a medal, what Ocasio-Cortez needs is an elementary grasp of how Congress works. So, her prize is this link to Schoolhouse Rock’s 1976 civic-education classic: “I’m just a bill.”