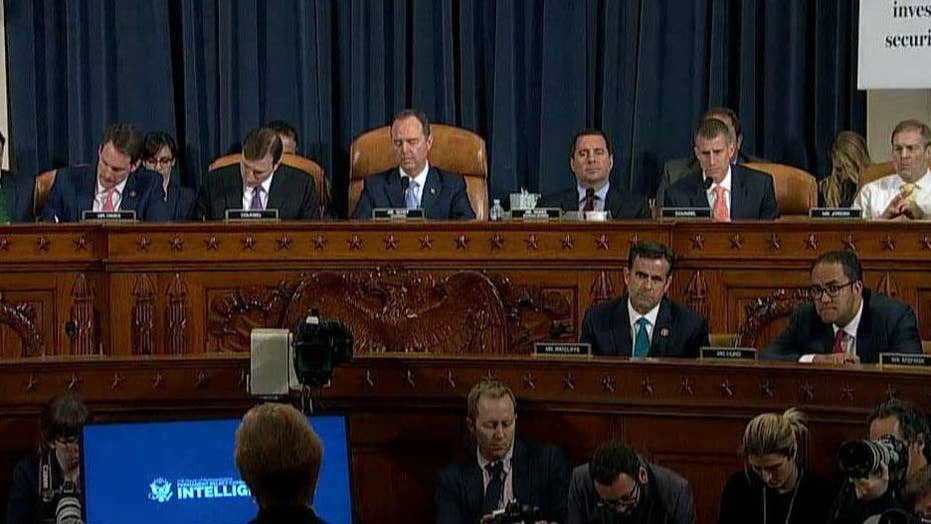 If you can’t beat him, impeach him. That has been the left's mantra since the American people elected Donald Trump as their president in 2016.

While Democrats have spent the last three years practicing the politics of personal destruction, President Trump has been delivering results for the American people.

Nearly 7 million jobs created. The lowest unemployment rate in 50 years. Transformative tax cuts for hardworking American families. More than 150 conservative judges confirmed, including Supreme Court Justices Neil Gorsuch and Brett Kavanaugh. A Veterans Administration that is undergoing major reforms and is now more accountable to the brave men and women who have served our nation. A bold trade strategy that is producing fairer trade deals for America and holding China responsible for ripping off American workers and businesses.

With the president’s strong record of rebuilding America’s economy and military, it’s no surprise that congressional Democrats have been trying to change the conversation and ultimately overturn the results of the last presidential election.

It started with Democrats accusing the president of colluding with a foreign government and obstructing justice. Democratic talking heads like Rep. Adam Schiff, D-Calif., repeatedly claimed they had smoking-gun evidence and continually drummed up the likelihood of impeachment. Two years later, the Mueller report was released and we learned the truth: there was no collusion and no obstruction.

With the findings of the Mueller report repudiating their meritless allegations, Democrats have been searching for another angle to appease their base and justify impeaching the president.

In September, House Democrats seized on a supposed “whistleblower” complaint based on a phone call between President Trump and his Ukrainian counterpart.

Before even reading the transcript, House Speaker Nancy Pelosi announced her support for an impeachment inquiry.

Later that same day, the transcript was released to the public, which revealed there was no "quid pro quo" and certainly no justification for impeachment. Then we had the chance to read the complaint written by the initial accuser, a complaint that relied entirely on second-hand information and again failed to outline an impeachable offense.

What Democrats care about is paving their path to the White House in 2020, which they have determined requires the president's personal destruction.

We’ve since learned that Ukraine didn’t even know that assistance had not been released until more than a month after the call. The president’s political rivals also refuse to acknowledge the fundamental fact that the lethal assistance was delivered to Ukraine in early September, which required no action on the part of Ukraine. There was no quid pro quo, which explains why Pelosi is now desperately shifting to an even more ridiculous and completely unfounded allegation of "bribery."

With the facts not on their side, it’s no surprise that the Democrats’ opening salvo of the impeachment process was Schiff starting a hearing by shamefully reading a fabricated transcript to impugn President Trump's character and motivations.

That moment summarized their total lack of credibility and cynical strategy to bring down the president using any means necessary.

It explains why Democrats have denied the president basic due process rights, breaking with centuries of historical precedent from previous impeachment proceedings.

Democrats have refused to allow the president’s legal team to participate in the impeachment hearings and cross-examine the witnesses Democrats are calling.

Democrats have also denied the president another basic tenant of legal fairness: allowing the accused to face their accuser. They won’t even agree to allow the president’s lawyers to question the initial accuser or so-called “whistleblower” in a confidential setting.

What Democrats care about is paving their path to the White House in 2020, which they have determined requires the president's personal destruction.

If Pelosi is able to find enough Democratic votes to impeach the president on a partisan basis in the House, the process will move to the Senate, where the president will finally be provided with the due process he deserves. I expect that will include calling in the initial accuser to come before the Senate and testify under oath.

What the American people want are results, something President Trump is delivering on every day. They will reject the left’s brazen political posturing, and they will not allow their baseless allegations and partisan impeachment efforts to become the new normal.