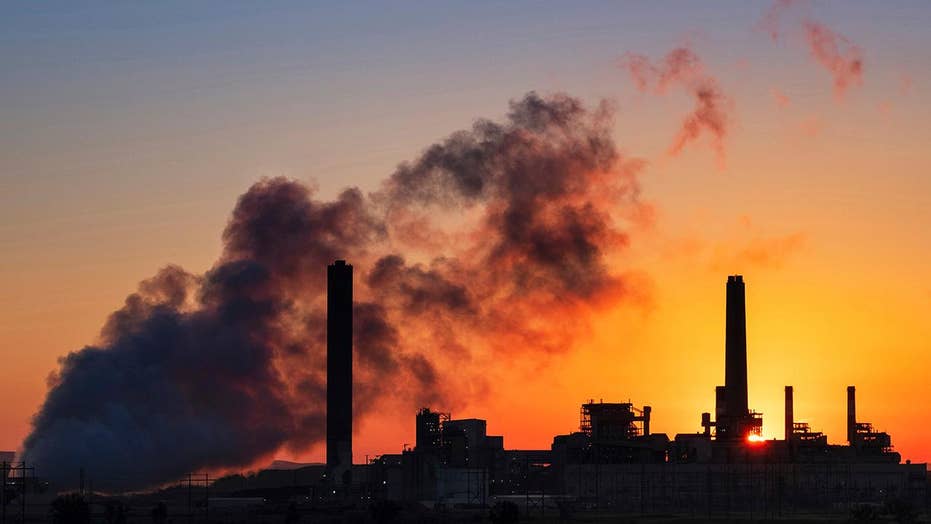 CNN devoted about seven hours to a series of town halls on climate change Wednesday night, giving 10 candidates for the Democratic presidential nomination the chance to discuss their wish-lists of extraordinarily expensive environmental proposals they would seek to enact if they make it to the White House.

The biggest winner of the night wasn’t even on stage. It was President Trump, who has brought the American people massive job creation, a stronger economy, lower taxes and a booming energy sector that has put us on the road to energy independence.

I predict that millions of voters who learned about the Democrats’ energy plans will have no choice but to turn to Trump to avoid the disaster those plans would bring.

And there were two big losers of the night.

First, science. It was replaced by magical thinking on the part of the 10 Democratic candidates, who believe they can translate the hopes and dreams of environmental zealots into reality.

The other big loser was the American people – who have no choice on the Democratic side for a candidate who advocates sound environmental policies based on reality that will not cripple our economy and throw millions of people out of work.

All of the candidates promised “green jobs. All of them claimed their policies will create opportunities across America. But future promises pale in comparison to reality.

Under President Trump we have record-high employment and the lowest unemployment rate in 50 years. We have cheap energy – compared to the “green” energy in Europe where people pay three and four times much as we do utility costs.

Our abundant fossil fuels mean that despite hurricanes and Iranian hostility, gasoline prices remained very low even at the height of summer.

Democrats embrace a doomsday clock ticking to 2030 – saying we must get off fossil fuels by then. This is a constant fearmongering tactic that Americans are tired of. We aren’t ready to surrender our jobs, our steaks, our cars, our air-conditioning and heat for a socialist power grab. Americans want to be winners.

The Green New Deal, climate hysteria and all 10 candidates cannot make Americans believe what science, math and history show to be true.

While it’s true that the green energy the Democratic candidates embrace holds a lot of potential and has a bright future years from now, all of the candidates ignored a few inconvenient truths, if I may borrow a phrase for former Vice President Al Gore.

First, keep in mind that the president of the United States is not a dictator. Many of the proposals by the Democratic candidates are sure to run into resistance by Republicans and even many Democrats in Congress. So just because a new president says he or she wants to take certain actions to fight climate change doesn’t mean Congress will authorize and fund them.

Second, green technology is completely sustained by tax subsidies, and cannot survive in the marketplace without them. The candidates glossed over how to raise the trillions of dollars needed to fund these subsidies – a critical problem with various versions of the Green New Deal and even less ambitious programs.

It’s like saying you’d like to buy a $20 million mansion for your family – and will worry later about how to pay for it.

We have to face the facts: There aren’t enough “millionaires and billionaires” – the group demonized by so many of the Democratic candidates – to pick up the tab for the green revolution the presidential hopefuls want to fund.

The green revolution would require massive tax increases on all of us – taking a lot of green out of our wallets and crippling consumer spending that fuels our economy and creates jobs.

The candidates and moderators also completely ignored the fact that green technology is not at all “green.” It requires tremendous amounts of fossil fuels, and particularly the most targeted: coal.

Electric vehicles also require tremendous amounts of rare earth elements, most of which are not found in America, requiring China to play ball. If we force consumers to only buy electric vehicles, we are basically building China’s economy – just like we did when we moved manufacturing out of the Rust Belt.

On top of this, while electric vehicles don’t emit carbon dioxide, many power plants producing electricity run on fossil fuels. Replacing all those power plants would be an enormously expensive undertaking. And many Democrats oppose a massive turn to nuclear power, which emits no carbon dioxide but faces opposition because of safety concerns and concerns about disposing of atomic waste.

Finally, another loser in the very long night of political spin was Democratic National Committee Chairman Tom Perez, who lost his battle to keep a climate debate out of the Democratic primary process.

The American people are on a figurative first date with the 2020 presidential candidates right now. You never want to show your crazy side on a first date.

After the long night of the Democratic environmental talkfest, we should be skeptical about another date with any of these candidates.