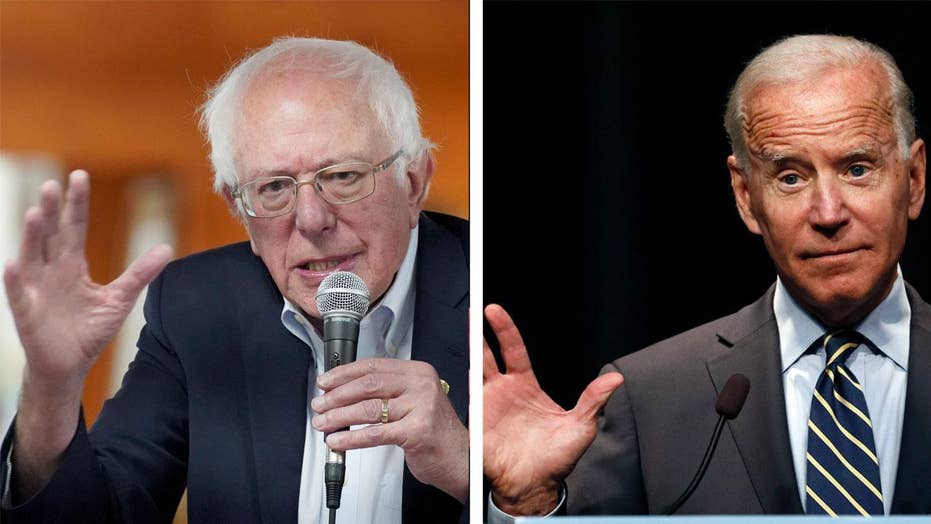 Fox News contributors Judy Miller and Dan Henninger on what to expect from the race for the Democratic presidential nomination.

The 2020 election is a continuation of a conflict about the nature of America that began in the 1960s. We saw the first clear, vivid political collision of that conflict in 1972.

Because Theodore White’s "Making of the President 1972" is such a compelling analysis of the conflict in which we remain, I am using it as an outline for four consecutive columns. The first was on the general parallel between 1972 and 2020. The second was on the power of the elite media. The fourth will be on the tragic consequences of the failed ideology of the left and the human costs of bureaucratic inertia and ideological fanaticism.

This column is the third, and it will explore what White called “the movement” and the mutation of ideas, which led to the movement and defined its ruthlessness and willingness to break all the rules.

The liberalism which had dominated the Democratic Party from President Franklin D. Roosevelt through President John F. Kennedy began to be replaced in the 1960s. As White described it, the “Liberal Idea ... hardened into the Liberal Theology."

In the 1960s, there was a swirling together of the Free Speech Movement, the civil rights movement, the women’s rights movement, the breakdown of sexual inhibition, the rise of "black power" as an ideology, the gay rights movement, the anti-war movement (with a radical wing willing to bomb professors and innocent citizens), and the collapse of the idea of law and order – leading to a dramatic rise in crime and violence in virtually all of our major cities. People understood that when the United States Army had to be sent into Detroit to put down a riot, something had gone terribly wrong.

By 1968, Richard Nixon could campaign on “law and order” as a central theme, and it resonated with millions of Americans.

After the 1968 election, the two parties began moving in diametrically opposed directions. Southern whites, in general, and Northern blue-collar voters (often of Catholic background) were being driven toward the Republicans by the threat of a radically changed America. On the other hand, the Democrats were increasingly dominated by the demands of the left.

As White described it:

Their effect could be summed up in three cardinal tenets of the Liberal Theology: (a) War Is Bad—and the American military was almost, if not quite, a criminal institution, wasteful and profligate of life and treasure; patriotism was the last refuge of scoundrels, and the adventure in Vietnam ‘immoral.’ (b) Black Is Good—and the demands of blacks on the general society must become, in the revision of priorities that would follow the end of the war, priority number one. And (c) since money comes easily under the modern managed economy, the belief that Money Solves All Problems, as in the rhetoric of hope, ‘If we can spend the money to reach the moon, we can spend the money to save our cities, solve cancer, purify our streams, cope with drugs, cleanse our ghettoes … etc., etc.’ These three tenets of the Theology were, in turn, harnessed to a political doctrine called Participation: If the people could be brought to participate in the political arena, and there freed to express their real needs, then politics would become, as it should be, the instrument of national good. Thus, out of such thinking, there developed in the years between 1968 and 1972 a formless but very powerful action group within the Democratic Party that can only be called the Movement — a movement whose roots lay in the insurgency of 1968, had been strengthened and nursed by the reforms of 1969, and whose future, as one looked forward to 1972, was obscure, yet beckoning.

The rise of this new theology had a profound impact on the nature of politics on the left, an impact which is still there today. As White analyzed it, politics became an expression of morality. There could be no gray area or compromise – “what was morally right … must be politically sound.”

It was this spirit of ruthless imposition of the true faith which led to George McGovern and the worst Democratic defeat in modern times. The next time you listen to Sen. Elizabeth Warren, D-Mass., or Sen. Bernie Sanders, I-Vt., you will hear the echo of this totalitarian belief that they are moral and their opponents are immoral – and therefore anything is justified to impose righteousness on the impure.

As the Democrats talk about reparations for slavery, and as they opine on The New York Times’ 1619 Project while defending quotas against Asian American students with better grades, it is worth remembering White’s warning that quotas largely destroyed McGovern’s candidacy. As White put it, “the liberating idea which had inspirited the Democratic Party for so long had become a trap."

It is likely that 2020 will become another trap for the Democrats.

The one candidate trying to be a centrist, former Vice President Joe Biden, is disintegrating into asserting “I want to be clear; I’m not going nuts.” As he collapses, the dynamic of the liberal theology and the movement will see Warren as “mainstream.”

Welcome back to 1972 – almost a half-century later.