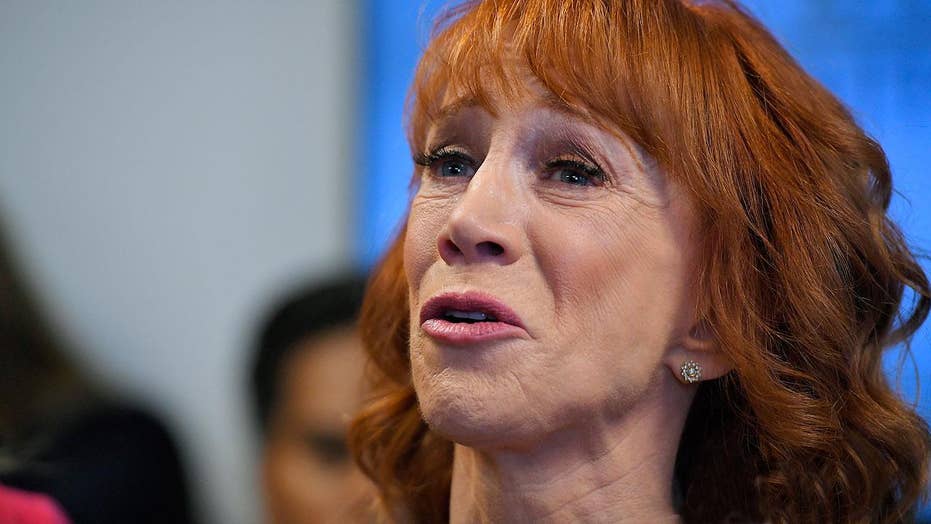 CNN host Reza Aslan called President Trump a “piece of s**t” this weekend on Twitter, after Trump tweeted this about the London Bridge attack: “We need to be smart, vigilant and tough. We need the courts to give us back our rights. We need the Travel Ban as an extra level of safety!”

Just days before, Kathy Griffin stepped in it. Really stepped in it. CNN dropped her contract, Route 66 Casino Hotel in New Mexico canceled next month’s appearance, and Squatty Potty flushed her, though she wasn’t even their spokesperson! Her photographer shielded the photo as art. Others defended her, indirectly, by insinuating that she doesn’t speak for everyone on the left.

No, of course not everyone. But certainly some. Very. Angry. People.

Last month comedian Stephen Colbert, host of “The Late Show” on CBS graphically accused Trump of a vulgar sexual relationship with Putin, as part of his opening comedy routine.

Bill Maher just used the n-word during a live interview on HBO, ironically in a discussion about the failure by today’s adults to grow up. (He later apologized.)

Now we are witnessing the second stage, anger. The Left are like drunks at a funeral, stumbling around, mumbling incoherently, then suddenly baring their true, nasty selves. Lock up the cutlery.

Insincere apology aside, Kathy Griffin posed as the newest ISIS recruit, holding our president’s severed head, pretending it was funny. (“I’m a comic.”)

It wasn’t, and she knows it, as she told photographer Tyler Shields, “We have to move to Mexico today cause we’re gonna go to prison, federal prison.” The other TV stars issued equally vapid apologies, like little children saying (but not meaning) “sorry,” for throwing sand in a younger child’s face.

The impotent, infantile leftists are angry that Donald Trump is president.

In an interview with Hillary Clinton, Christian Amanpour said, “. . . your supporters are sad, they’re devastated, they’re disappointed and some are angry.”

An entire team of people participated in the Griffin photo, willingly. They considered it statement-making. An entire team worked on Colbert’s monolog. When children get angry, they throw tantrums. The California Democratic Party chanted, “F*** Trump” at their recent convention.

To the juvenile Left, operating more on feelings than on fact, lashing out in anger is understandable and even laudable. Griffin tearfully asserted she would never want to hurt anyone, after calling Trump a “fool” and a “bully” and depicting his severed head.

Answer: not to the Left. Trump is so hated by the angry Left that neither he nor his supporters qualify as “anyone.” “My impression is they’ve mobilized their army or their bots or whatever they do,” said Griffin.

Clinton also blames her election loss on “a thousand Russian agents [and] connected to the bots, which are just out of control." (Author’s own italics.)

“Bot” is the new vernacular for non-leftist, or any opposition. A bot is distinctly non-human. That’s why the IRS targeting of Tea Party groups was never seriously considered a real thing, and Obama airily commented on an on-going investigation, “Not even a smidgen of corruption.”

Non-human bots lack rights. Lisa Bloom, Kathy Griffin’s lawyer, insists that the offensive photo simply represents Kathy’s freedom of speech, while suing the president and his family for tweeting about it. Again, no hypocrisy here.

Unrepentant, photographer Terry Shields remarked, “…nobody’s killed me for this image so it’s not that bad.”

Getting killed is not a yardstick for decent people. There exists a vast chasm between traditional principles and the values of the Left.

America cherishes freedom and respects all human life because of our Judeo-Christian heritage. These God-given moral laws are an inherited legacy – a gift – that many other nations and political ideologies do not all share, one which we are squandering.

Without objective morality, ISIS’ beheadings are simply survival of the fittest in superb triumph, and using racial epithets and calling the president vulgar things is perfectly reasonable.

Expect the rationalization and justification for misbehavior to follow. Madonna can suggest “blowing up the White House,” because, well, they’re not real people!

If Aslan, who ate part of a human brain on his CNN show, crossed a line, it’s only because the juvenile Left does not recognize one. Griffin figured it was like Obama’s red line in Syria (and her photo was a gas.)

Hillary Clinton seems stuck in Kuebler-Ross style denial, saying last weekend, “I take full responsibility for every decision I made, but that’s not why I lost,” but her comments enraged the DNC, according to The New York Post.  Andrew Therriault, their director of data science, tweeted “f–king bulls–t” in response to Clinton’s comments.

Democrats’ incensed anger leads them to speak in vulgarity. They may retract statements, or apologize for misbehavior, but fundamentally, they deny the very humanity of their opposition.

Another night of long knives may not be far off.