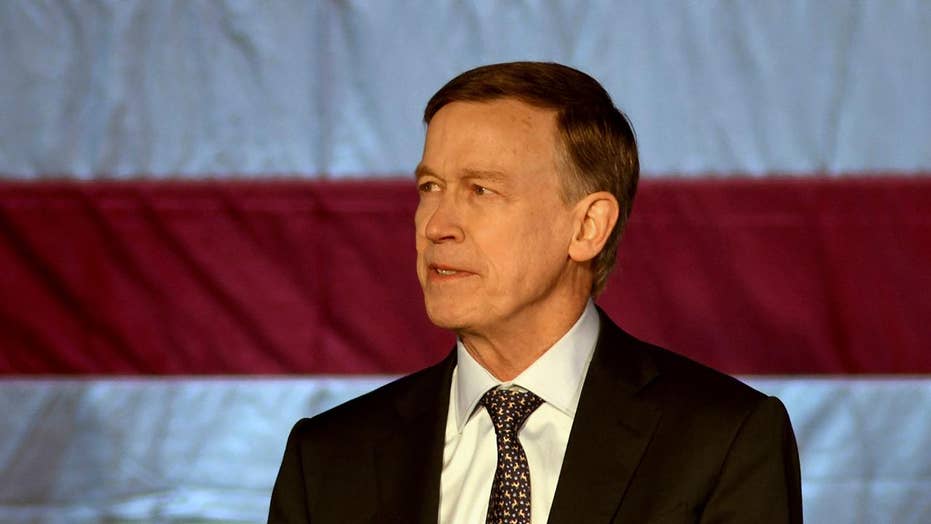 John Hickenlooper says he’s a moderate, but is he?

Greg Gutfeld says moderates should be able to admit they’re a capitalist.

Under the scrutiny of the national media, former Colorado Gov. John Hickenlooper’s campaign for the Democratic presidential nomination has gotten off to a rocky start.

Most of the national media coverage following Hickenlooper’s recent announcement of his candidacy has focused on his refusal to be labeled a capitalist during an interview on MSNBC.

In a characteristic Colorado style, local TV anchor Kyle Clark tweeted: “‘I may be a capitalist,’ @Hickenlooper writes. His 180 turned into a 360 now a 540. That’s @SeanWhite-level rotation.”

In his prepared launch video and in media appearances since then, Hickenlooper has been regularly touting his role in Colorado’s booming economy.

It’s true that the state has been ranked as the nation’s No. 1 economy. It’s consistently on lists of the best places to live and work in the U.S., and attracts many new residents every year.

While Hickenlooper is looking for achievements to boast about for his presidential campaign, he can leave out Colorado’s economy.

But in fact, Hickenlooper doesn’t deserve the credit for Colorado’s thriving economy. Most of the credit goes to the Taxpayer’s Bill of Rights (TABOR) – a law that allows Coloradans to vote on all tax increases.

It’s a simple concept. Lawmakers have to make the case to voters in order to get more of their hard-earned money. TABOR also provides guardrails for the size of government. State spending still grows every year, but it’s limited to inflation plus population growth. The end result of TABOR is to keep the government truly serving the people.

Giving the say to the voters makes the lives of state lawmakers more difficult by limiting their spending ability and requiring them to work harder to prioritize the budget. It’s worked well for Colorado. In fact, TABOR enjoys 71 percent support in the purple state.

An interesting thing happened in last year’s election in Colorado. Voters elected Democrats down the ballot, but they also voted down significant tax increases by large margins.

In fact, the last six statewide tax increases on the ballot in Colorado have been voted down, resulting in billions of dollars in savings for taxpayers. These tax increases would have driven out small businesses and taken money out of the pockets of hardworking men and women supporting their families.

Hickenlooper supported many of these tax increases and even campaigned hard for some. Luckily, voters had the ability to overrule his bad judgment.

What makes Colorado’s economy so strong? The state has great people and businesses. It also has enough oil and natural gas to attract energy companies and bring $30 billion each year into the state’s economy.

TABOR creates a stable and predictable business environment that attracts new business. Recent reports that states like Illinois and New York are hemorrhaging residents and businesses are cautionary tales of how things could be without TABOR. The people of Colorado don’t let our legislators tax us out of prosperity.

While Hickenlooper is looking for achievements to boast about for his presidential campaign, he can leave out Colorado’s economy. We owe that primarily to the Taxpayer’s Bill of Rights.