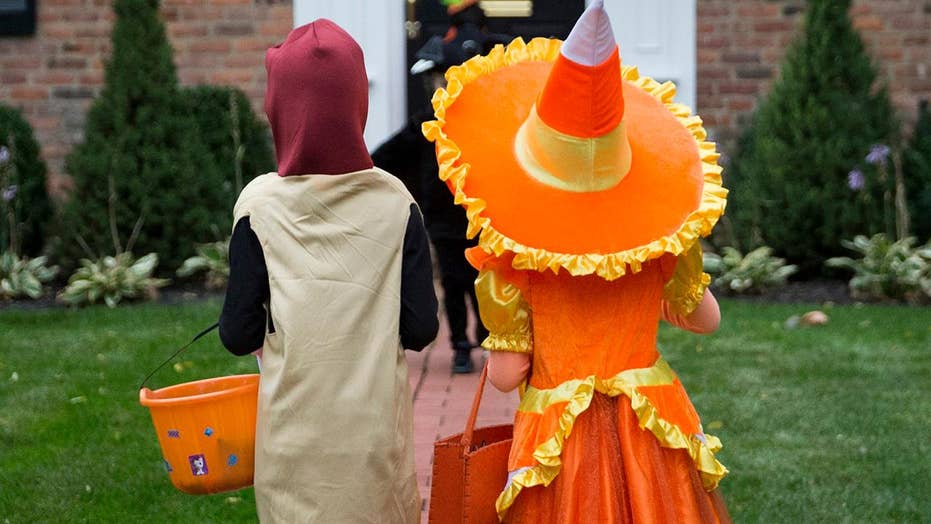 It was 1982. That is the first Halloween I remember the hum of petrified parents. It was the first time we didn’t get to go trick or treating, no not even one street over. Instead, we had a makeshift party at a neighbor’s house. The TV news turned on low warned of tainted Tylenol.

The next year was the first time we took our candy to the police station to be X-rayed to check for needles and razor blades. We heard the adults whisper: “What is the world coming to?”

We didn’t know, but I thought as police checked out my candy: “Easy with that full-size Snickers you’re manhandling!”

As an adult with children ranging in age from 3 to 22, I have seen just about everything in the ways of Halloween. From the politically incorrect to the religiously correct to the “yeah, just give us some freaking candy,” everyone has an opinion.

And every year there is some new rule or renegade rant about all the souls that have come and gone, and may or may not stop by for some creepy punch served over dry ice. Dry ice, by the way, is very dangerous when handled with bare hands.

As I watched volunteers wander into the haunted house at my daughter’s school, I noted that 35 years ago those costumes would have sent me to counseling. My husband whimpered and covered the eyes of our 5-year-old as a cheerleader with high-def cosmetics entered, carrying what was supposed to be her own head under one arm.

Everything is more terrifying now, in make-believe and in real life.

In real life, gunmen take people out with high-powered rifles at concerts, and bad guys put poison and needles in caramel apples. But that is the minority. I refuse to believe it is the majority or the rule.

In the infamous words of Linus in Charles Schultz’s “The Great Pumpkin, Charlie Brown”:

“There are three things I've learned never to discuss with people: religion, politics, and the Great Pumpkin.”

There are others who call it something else, like a fest or a carnival so as not to offend or beckon souls. Still, others will go too far, making some crude political statement or dressing their toddler like a French maid or Monica Lewinsky.

And in this game called Halloween, all that is necessary for us to have something for us to talk about next year. Some grand opinion, some horrific worry, some hill to die on, or some great offense that rocks us to our core and gets us out of bed to write that letter, so that we might be heard.

I find myself wishing I was sitting in a pumpkin patch with Linus, a sheet over my head, never mind the thread count, two holes cut out for eyes. I make no statement with this sheet. I courageously eat unwrapped Rice Krispies that the neighbor dropped in my bucket. I don’t care how she voted in the last election. I wait patiently for something magical to happen, less publicized and political than Santa.

Old-fashioned innocence, the kind that causes cavities and mischief. I believe in Halloween, Jesus and the Pledge of Allegiance, and it is a good year to celebrate for the sake of nonsense and candy corn.

No matter how you choose to do it, dare I say, Happy Halloween!

Jami Amerine M.Ed. is the author of "Stolen Jesus: An Unconventional Search for the Real Savior." She and her husband Justin live in the Houston, Texas area. The couple have six children ranging in age from 22 to 3 and are advocates of foster care and adoption. You can find more of Jami’s work at www.sacredgroundstickyfloors.com.