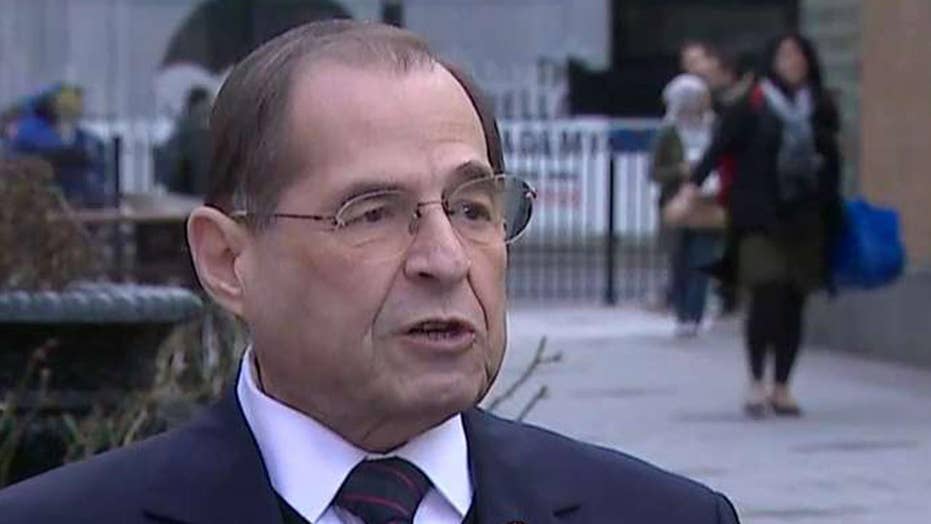 The entire Mueller report must be made public to Congress and the American people, says New York Congressman Jerry Nadler, Democratic chairman of the House Judiciary Committee.

New York Democratic Congressman Jerry Nadler is the Chairman of the U.S. House Judiciary Committee. His conduct in that role should greatly trouble every American who cares about the rule of law and fairness in our government.

The committee’s website posts a lengthy bio of Chairman Nadler, portraying him above all else as a defender of civil liberties and the equal application of the rule of law for all people. That picture might well have been accurate sometime in the past. I lived in his District for a while and I was proud to have him as my Congressman precisely because of his reputation as a civil libertarian.

Since the 2016 election, however, Nadler has abandoned any pretense of interest in the fair and equal application of the law and has been far from any sort of civil libertarian. Instead, he has become the worst kind of political hack.

Where once he condemned misconduct by law enforcement officers, since taking the helm of the Judiciary Committee he has celebrated disgraced FBI agent Peter Strzok as a courageous hero because his breach of FBI regulations and his record of lying, cheating, and betrayal on the job were in the service of trying to prevent Donald Trump from becoming president. For Nadler, any interest in civil rights has become subordinate to his personal hatred for the president.

In fact, one of Nadler’s first moves after taking over as Judiciary Committee chairman was to speak publicly about pursuing President Trump’s impeachment. To advance that goal he hired as the committee’s “investigators” two lawyers who have sued President Trump, cheered others who have done the same, and through their writings have already tried, convicted, and sentenced President Trump for obstruction of justice based on their own version of the “evidence.”

This partisan perversion of the Judiciary Committee’s role and staffing should greatly trouble every American. Since its creation in 1813, and through its growth and development in the years since it has been one of the most important and respected committees in Congress. Thanks in large part to Jerry Nadler and his team of political attack dogs, that is no longer the case. 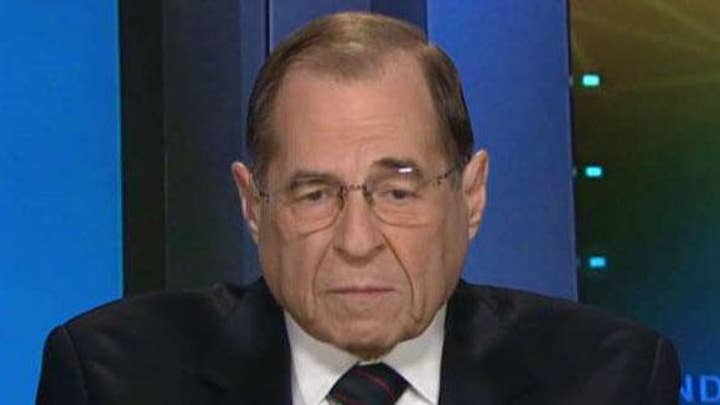 The Judiciary Committee, which oversees legislation related to our judicial system, is supposed to set the standard for ethics, fairness, bipartisanship, and due regard for civil liberties. Under Nadler’s leadership, however, it has done exactly the opposite – and Nadler seems to relish in what he has done to create this grave situation.

Robert Jackson, a great American Attorney General and Supreme Court Justice, once said that the greatest danger in our justice system is when a prosecutor targets a person he dislikes and goes after him based on that personal animus, looking to find some crime from the vast universe of laws on the books to pin on him, rather than learning of a crime and then trying to determine who was culpable.

What Justice Jackson warned against is precisely what Jerry Nadler has done consistently since his own candidate lost the 2016 presidential election to Donald Trump.

For Nadler, the rule of law is secondary to ensuring that, by hook or by crook, he takes down the president. In his warped world view, this can and should be accomplished by all means necessary, without regard for the lasting damage it causes to the fundamental concept of America as a government of laws and not of men.

Nadler’s latest act of disregard for the law comes in the form of his demand that he be given a full copy of the Mueller Special Counsel report and all accompanying materials and his completely false assertion that he has an absolute right to it. Nadler’s agenda in this regard is particularly despicable because he’s using his office to grossly mislead the American people about Mueller’s investigation.

As Nadler well knows, the federal regulations that created and govern the Office of Special Counsel unequivocally state that the Special Counsel’s report must be provided confidentially to the Attorney General, and that the Attorney General alone is charged with fully considering all relevant factors in determining which, if any, parts of the report can be released to Congress and the American people. Indeed, the regulations expressly provide that Justice Department Guidelines prohibit public comment on criminal investigations specifically govern the material set out in the Special Counsel’s report.

Nadler is also well aware that there are vitally important reasons for this confidentiality requirement – reasons that should be obvious to any true civil libertarian. Mueller’s report, by definition, includes reference to grand jury testimony that the law absolutely prohibits from being publicly disclosed, as well as other material that would directly impact the civil rights of witnesses and subjects of the investigation if it were released, which no public interest justifies.

Yet, Nadler continues to recklessly demand that Barr ignore those confidentiality considerations. In an April 1 opinion article in The New York Times, for instance, Nadler had the audacity to publicly assert that he has both the right and the obligation to see the entire report. That is simply a lie, and he knows it, but of course, the press reports his statements uncritically and without informing the public that what Nadler says does not comport with the law.

When President Clinton was in office, however, Nadler had a very different position on the release of Independent Counsel Ken Starr’s report, arguing that grand jury testimony and other sensitive information should be redacted, and that the White House should have several days to preview the document and decide whether to invoke executive privilege before it was sent to Congress.

Nadler’s explanation for this blatant hypocrisy defies belief. “I was right 21 years ago. I’m right now. And it’s totally consistent,” he insisted.

While Nadler tries to cast Attorney General Bill Barr and President Trump as the bad guys, he knows they’re just following the Special Counsel regulations that Nadler’s fellow Democrats wrote into law in 1999 with strong support from the Clinton administration. None other than Eric Holder and Janet Reno pressed hard for the provisions governing the release of the Special Counsel’s report.

If Jerry Nadler has a complaint about his inability to access the full report, his complaint lies with the Clinton administration, not with President Trump, Attorney General Barr or any other Republican. It’s time for Nadler to stop misleading the American people for partisan political purposes on a subject this important.

Americans are right to want complete transparency in our government. It is, after all, our government. But our commitment as a nation to the rule of law and respect for individual privacy and civil rights requires that the legal safeguards put in place by the Special Counsel regulations be followed in order to protect undue harm to the reputation of an innocent person.

In addition to grand jury testimony, there is likely a vast trove of other sensitive information in the report, which is the product of almost two years of work by at least 19 lawyers who served some 2,800 subpoenas, interviewed at last 500 witnesses, obtained many more search and seizure authorizations, and coordinated with multiple foreign countries.

Jerry Nadler is doing a great disservice to our nation with his reckless, irresponsible behavior. Americans must take note, and demand that our Judiciary Committee – and all of our governing institutions – adhere to the rule of law and not abandon it to serve a political or personal agenda.

No matter how desperately Jerry Nadler or any of his colleagues wish to drive President Trump from office, there can be no exception to either the rule of law or respect for fundamental civil rights and liberties. That is exactly the danger that Attorney General and later Supreme Court Justice Jackson presciently identified so many years ago as the greatest threat to justice our system could face.

Jerry Nadler and his fellow travelers must not be permitted to transform constitutionally guaranteed government of laws into a government of men serving a partisan agenda.