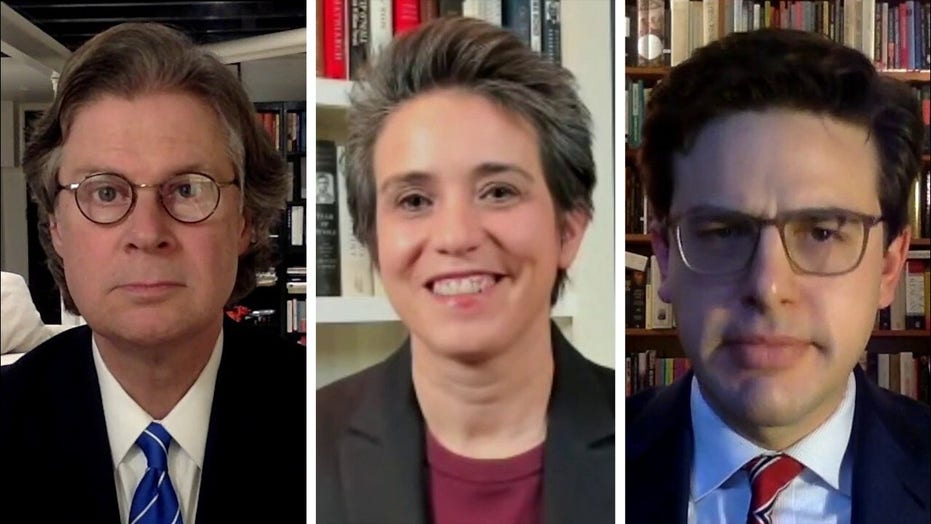 Will Joe Biden be forced to address sexual assault claim?

For the past five years, the liberal media have waged an unending war against Donald Trump. And as the November election draws closer, they are protecting former Vice President Joe Biden – the presumptive Democratic nominee to run against Trump – by downplaying coverage of a serious allegation that Biden committed sexual assault in 1993.

There are many relevant questions that need to be answered by Sleepy Joe Biden about his fitness for office. But these questions have been largely ignored by the anti-Trump media.

Reade’s allegation merits serious investigation by all major news organizations and by law enforcement agencies as well. It shouldn’t be swept under the rug by news organizations eager to defeat President Trump in November – but that’s what’s happening.

A videotape unearthed Friday shows a woman Reade identifies as her late mother calling in to Larry King’s CNN show in 1993. The caller said her daughter had “problems” with a “prominent senator” but didn’t mention Biden by name or go into details of Reade’s allegations against Biden.

And Fox News reported that “On Monday, two more people – a former neighbor and a former colleague of Reade’s – came forward to back her claims after conversations they had back in the 90s.”

In addition, Reade told Fox News that she was upset by Hillary Clinton’s endorsement of Biden on Tuesday.

“I voted for Hillary Clinton in 2016,” Reade told Fox News. “I voted for her in the primary. I’m a lifelong Democrat. But yet, what I see now is someone enabling a sexual predator and it was my former boss, Joe Biden, who raped me.”

The gentle treatment Biden is getting from the Trump-hating media is a dramatic contrast to the way the same news organizations unfairly brutalized Trump’s Supreme Court nominee, Brett Kavanaugh, at his Senate confirmation hearing in 2018.

There was no credible evidence to back up an allegation of sexual misconduct by Kavanaugh in high school. But Kavanaugh, who is now a Supreme Court associate justice, was presumed guilty from the start by the liberal media and their Democratic allies. We were told we had to believe his accuser despite the lack of any corroboration of her allegations.

It’s time that Biden answer serious questions about Reade’s allegation. The #MeToo movement should demand it. Furthermore, Biden should simply instruct the University of Delaware, which is storing his Senate records, to release any information it has regarding Reade’s allegation.

Biden must also answer questions about his relationship with the so-called whistleblower from the infamous impeachment witch hunt against President Trump. The American people have a right to know if the whistleblower’s actions were politically motivated.

Biden should also disclose to the public what he knew about the Obama-Biden administration’s Foreign Intelligence Surveillance Act warrants against Trump campaign adviser Carter Page.

Using the FBI to spy on candidate Trump’s presidential campaign is a serious matter and Biden must answer questions.

Lastly, Biden must account for his cozy relationship and soft rhetoric regarding the Communist regime in China and his son Hunter’s lucrative business dealings there.

In fact, it’s coming up on the one-year anniversary of this noteworthy statement about China from Joe Biden: “China is going to eat our lunch? Come on, man… They can’t figure out how they’re going to deal with the corruption that exists within the system. I mean, you know, they’re not bad folks, folks. But guess what, they’re not, they’re not competition for us.”

Not only is this claim dangerously incoherent in the Biden tradition, but it’s also dead wrong. The bottom line is that President Trump has been right about China from the beginning and Biden needs to explain why his policy toward China was so detrimental to both our national security and American workers.

The left is so concerned about Biden’s massive vulnerability on China that they’re publishing fake news about President Trump and the Bank of China to try to manufacture a political narrative that doesn’t exist. These attempts to change the subject away from Hunter Biden’s 2013 business trip to China with his father on Air Force Two will fail.

Joe Biden should authorize the release of information relating to his son’s foreign travel on Air Force Two and transcripts of all his phone calls with Chinese government officials.

These stories aren’t going away, and their impact will only grow with each passing day. Blatant media bias will end up being an in-kind contribution to Biden unless the mainstream media change direction and decide to cover the Trump-Biden race fairly. But don’t hold your breath.

The inconvenient truth is that as a candidate and now as commander-in-chief, Donald Trump has had to endure relentless attacks and countless false narratives – not from a legitimate skeptical press corps, but from a delusional left-wing political opposition disguised as journalists.

No president has been treated so unfairly by the mainstream media in our nation’s history.

The mainstream media have always been skewed to the left, but with their coverage of this president they have morphed into something much different.

In fact, the liberal media are losing credibility with the American people because their coverage is so biased and their double-standard so pronounced. When they can’t create news with self-serving questions, they seek to become the news by pulling outrageous stunts.

Take New York Magazine’s Olivia Nuzzi’s juvenile question this week equating coronavirus deaths to our soldiers who died on the battlefield in Vietnam as a prime example.

Instead of asking a serious question, Nuzzi used her time to ask President Trump: “If an American president loses more Americans over the course of six weeks than died in the entirety of the Vietnam War, does he deserve to be re-elected?"

It seems that many reporters are openly engaged with the Democratic Party to defeat President Trump. Their reluctance to ask Biden any probing or inconvenient questions is going to backfire spectacularly.

By not testing Biden now and sharpening him for the onslaught coming this fall, the liberal media are allowing their candidate to remain a dull blade.

If these biased journalists weren’t suffering from Trump Derangement Syndrome, they’d realize a public airing of Biden scandals sooner rather than later is helpful.

The 2016 presidential campaign demonstrates that steel sharpens steel. Donald Trump became a better candidate by walking through the primary election fire and was further hardened by becoming the greatest counterpuncher ever during the general election.

The efforts by the Trump-hating media to prop up the weak Biden candidacy will end in spectacular failure when Trump is reelected by the American people, who recognize the extraordinary leadership and successful policies he has brought to the White House.