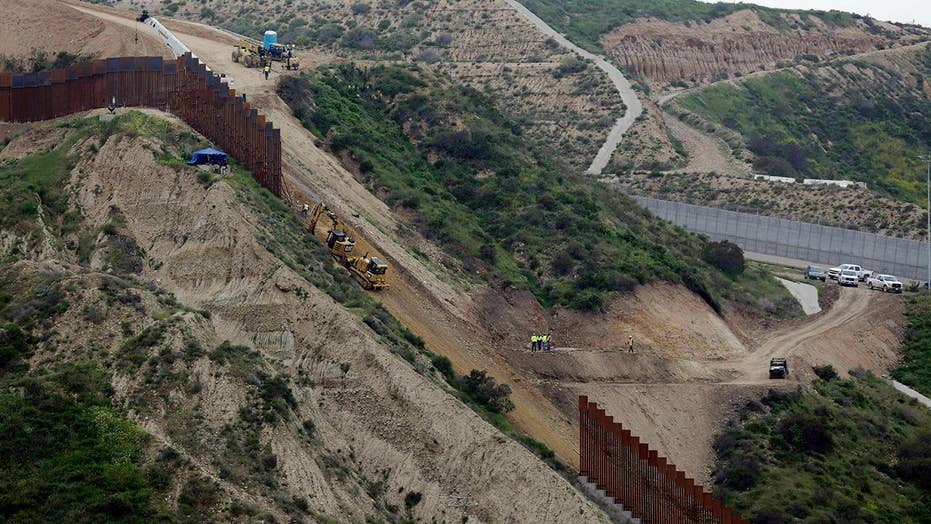 It is imperative that Republicans and Democrats in Congress find ways to work together on areas of common interest to keep America safe and strong. It’s clear to me that fixing our broken immigration system must be a top priority for Congress. As President Trump recently declared to a meeting of our nation’s Governors, “we have to have people, and they have to come in, but they have to come in legally and through merit.”

Along with tens of millions of hardworking American taxpayers, I have been inspired by President Trump’s courageous efforts to take on establishment politicians in both political parties to end the flood of illegal immigration, drugs, and human trafficking entering our country. But while our leaders in Congress get tough on illegal immigration, we must not impede the flow of high-skilled legal immigration into the United States.

As President Trump has made clear, we must include a “big beautiful door” at our new border wall that welcomes high-skilled immigrants, many of whom have expertise in STEM (science, technology, engineering and mathematics). With a booming economy, America needs legal immigrants with specialized skills to compete globally.  In parallel, we need to end the flood of illegal immigration that is a threat to U.S. national security and our American way of life.

In terms of high-skilled temporary immigration, according to the U.S. Bureau of Labor, by 2020 there will be one million more U.S. software jobs than qualified applicants. With many U.S. companies facing a growing skills gap, we must simultaneously do a better job with our education system to steer more American students to STEM and have the ability to attract, retain, and grow our economy with temporary high-skilled workers.  In a global economy, America’s capability to attract high-skilled talent is one of the greatest wealth transfers in today’s modern economy and it gives America a competitive advantage as we work together to keep America great.

President Trump’s chief economist continues to make the case that "for a country that has long thought of itself as a nation of immigrants, the U.S. falls far behind almost all the other countries in the number of immigrants it admitted relative to its population size.”

While some worry that the H-1B visa program - which allows employers to sponsor short term temporary visas for high skilled workers - will impact American jobs, the data shows the opposite. According to Stuart Anderson, a former senior official at the Immigration and Naturalization Service (INS), IT services firms are being disproportionately targeted, in spite of the fact that the H-1B visa program is recognized by economists as playing a key role “in spurring our nation’s economic growth.”

A study by the Partnership for a New American Economy found that high-skilled immigrants have a positive impact on the American economy, resulting in more innovation and job creation. Furthermore, some Americans have raised concerns about abuses within the H-1B visa program. With that in mind, it’s imperative that U.S. Citizenship and Immigration Services (USCIS) investigate and prosecute any employer who abuses high-skilled temporary immigrants through the H-1B visa program.

The profile of high-skilled immigrants is extremely important – they come to the United States when they are young, between the age of 16 and 35. They are educated in Germany, Ireland, Great Britain, China, or other countries, and the United States gets the benefit of their labor and education. According to a comprehensive study on immigration by the National Academy of Sciences, an immigrant with a college degree who comes to America at age 25 will pay $504,000 more in U.S. tax dollars than they consume in lifetime government services. For a high skilled immigrant with an advanced degree, the fiscal surplus is nearly $1 million.

As President Trump’s Chairman of the Council of Economic Advisors Kevin Hassett pointed out in a 2013 paper for the American Enterprise Institute, the United States could add half a percentage point to economic growth by doubling the number of immigrants it lets into the country, especially if they come on employer-sponsored visas. President Trump’s chief economist continues to make the case that "for a country that has long thought of itself as a nation of immigrants, the U.S. falls far behind almost all the other countries in the number of immigrants it admitted relative to its population size.”

Under President Trump’s leadership, it’s imperative that we stop the dangerous flood of illegal immigration. Separately, we need to welcome temporary high-skilled immigrants with PhD’s, Master’s, and strong educational qualifications to maintain U.S. economic superiority in science, technology, engineering, and mathematics. Cracking down on illegal immigration and supporting temporary high-skilled immigrants that add value to the U.S. economy is one area where Republicans and Democrats should come together, as we work to truly make America great again.

If not now, when?