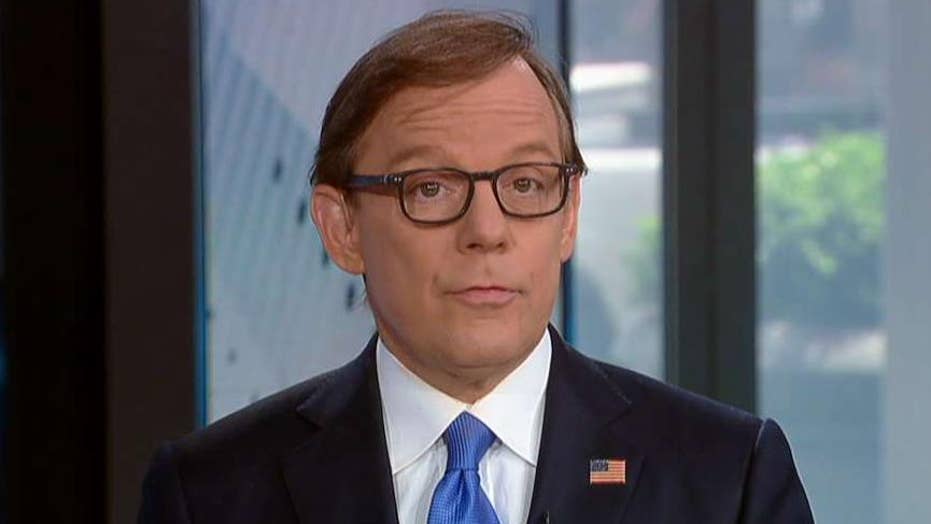 President Trump announced Tuesday that he has received another “beautiful letter” from North Korea’s ruthless dictator Kim Jong Un. While Trump did not disclose the details of the letter, it appears there might be a third summit between him and Kim in the offing as the U.S. continues to press ahead with its unprecedented, maximum pressure campaign on the North to relinquish its nuclear weapons.

There might be no more complicated national security challenge our country faces.

North Korea has receded from the headlines in recent days, as news from abroad has been focused on our dispute over illegal immigration with Mexico and our trade war with China.

But North Korea remains a deep concern for the U.S. because of its nuclear arsenal and missiles that can deliver those weapons.

The past few weeks have been full of what turned out to be false rumors about North Korea, known as the Hermit Kingdom because it is so isolated from the rest of the world. The state-controlled media keep a tight lid on information in the Communist dictatorship, making it difficult for outsiders to separate fact from fiction.

The phrase British Prime Minister Winston Churchill once used to describe the difficulty of predicting what that Soviet Union would do – “a riddle wrapped in a mystery inside an enigma” – applies equally today to North Korea.

But even with the very real prospect of economic growth within his grasp, Kim Jong Un has not taken any concrete steps to eliminate his nuclear weapons program and intercontinental ballistic missile stockpile.

South Korean media recently reported incorrectly that Kim Jong Un had executed his envoy for nuclear negotiations, Kim Hyok Chol, as well as four Foreign Ministry officials who were charged with spying on behalf of the United States.

Kim Jong Un rules with an iron fist in a totalitarian state. He denies his citizens all human rights, including freedom of speech, the press and assembly. Having subjected the bulk of his population to a lethal food crisis, he holds an estimated 200,000 North Korean citizens in horrific prison camps.

Purges and executions have been the Kim family’s repressive tool of choice since Soviet dictator Josef Stalin installed Kim Il Sung – Kim Jong Un’s grandfather – as leader of the newly created nation of North Korea in 1948.

Stalin, of course, is notorious for the Soviet Great Terror (1936-38), during which leaders in the Communist Party, KGB (the secret police, internal security and intelligence agency), and military were executed.

Kim Jong Un has calculated that without merciless government control over the population, the security of his regime – and his own life – would be at risk.

The North Korean dictator has reportedly ordered the execution of hundreds of officials within his own government, and also of his half-brother Kim Jong Nam.

Clearly, we must mistrust and verify every scintilla of information from Kim Jong Un and other North Korean officials before making any rash conclusions – especially those on which our foreign policy and defense strategy might be based.

For this reason, the Trump administration rightly did not comment on what turned out to be the recent false stories about Kim eliminating his senior officials.

Breaking with the failed diplomacy of the past, President Trump has made a direct approach to convince Kim that eliminating North Korea’s weapons of mass destruction would be best for North Korea’s future.

Trump has publicly emphasized how foreign trade and assistance could turbocharge North Korea’s economy with new job-creating industries and tourism.

But even with the very real prospect of economic growth within his grasp, Kim Jong Un has not taken any concrete steps to eliminate his nuclear weapons program and intercontinental ballistic missile stockpile.

Here’s some analysis of how Kim might view the world.

First, Kim is well aware of how the Soviet Union collapsed and Eastern European Communist dictatorships were toppled during General Secretary Mikhail Gorbachev’s glasnost and perestroika initiatives. This could reasonably lead Kim to believe that establishing good relations with the U.S. by giving up his nukes would risk the overthrow of his regime.

Having lived overseas and experienced democracy firsthand, Kim might fear that a prosperous North Korea – with ties to the outside world and a flourishing tourist industry – would lead to public pressures for a freer society and democratic elections.

Second, Kim might also factor into his calculus the historical lessons from the demise of Libyan dictator Muammar Qaddafi, who rolled back his nascent nuclear weapons program and relinquished Libya’s chemical and biological weapons. When a civil war erupted, Qaddafi had no means to deter NATO involvement on the side of his opponents, who killed him near his birthplace in Sirte.

Kim likely assesses that his nuclear capability would serve as a deterrent to keep the U.S. or even China from siding with North Koreans seeking to overthrow him.

North Korea’s nuclear program, which began when the Soviet Union helped build the Yongbyon nuclear facility during the 1960s, has become a Gordian Knot for a succession of U.S. administrations seeking denuclearization of the Korean Peninsula.

President Trump’s direct engagement with Kim has allowed for an unprecedented and highly valuable opportunity to assess Kim’s true intentions and dial down the tension in our bilateral relationship with North Korea.

Kim continues to face a clear binary choice: either negotiate in earnest to relinquish his weapons of mass destruction, or continue to subject his country to crippling economic sanctions.

At the Hanoi summit with Kim, Trump walked away from what he rightly called a “bad deal.” Kim must understand he will have to take real steps towards denuclearization – starting with an inventory of his weapons and a schedule for their destruction – if he hopes to strike any sort of a deal before the negotiation deadline he unilaterally imposed expires at the end of this year.