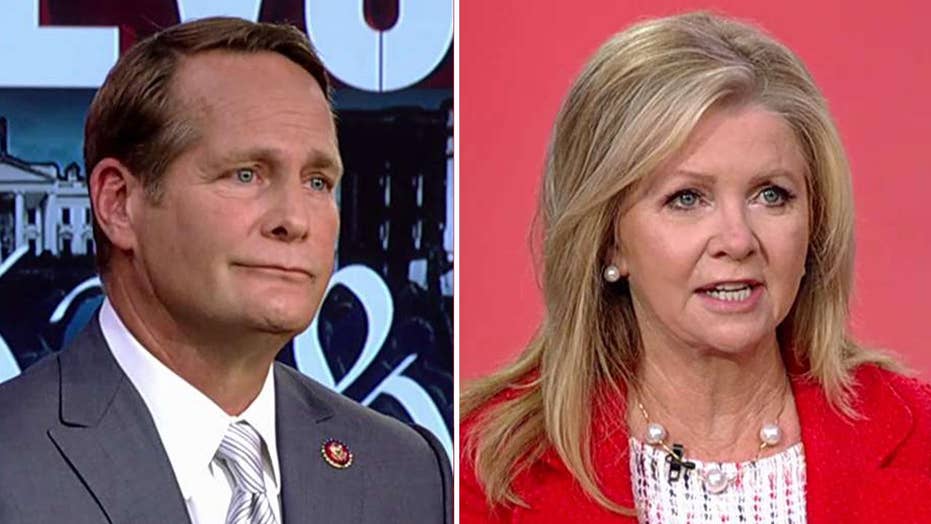 Can Congress get on the same page on fixing the border crisis?

Since Congressional Democrats adamantly refuse to close gaping loopholes in our political asylum system that have triggered a crisis at our southern border, the White House is stepping in. The Departments of Homeland Security (DHS) and Justice (DOJ) jointly issued an interim rule that bars people who enter, or attempt to enter, the United States illegally from seeking political asylum if they failed to request asylum in a safe third country they had transited on their way to the United States.

This is common sense: true refugees don’t get to pick and choose where they seek asylum.

I WENT TO THE BORDER TO HELP PEOPLE. MEMBERS OF CONGRESS WERE SHOCKED WHEN I ASKED THEM TO HELP, TOO

In short, the new rule makes it clear that the purpose of political asylum is to protect people who are in imminent danger in their homelands, not to provide them their ideal landing spot. People who claim to be fleeing persecution in their homelands have an obligation to seek protection in the first safe country they arrive in.

“Safe” means free from persecution and retribution.  Safe does not mean economically prosperous, or even a lack of crime. Rather, it means protecting them outside the borders of the countries where they claim to fear for their lives or physical safety.

Our current asylum process is a shambles. It allows economic migrants to exploit our humanitarian policies. Migrants understand that setting foot on U.S. soil and entering a request for political asylum is a virtual guarantee that they will be released into the country, pending a hearing on their case sometime in the distant future, which many do not show up for. A mere 11 percent of asylum claims are ultimately granted, but nearly all of the other 89 percent remain in the country as illegal immigrants, knowing there is little chance that they will ever be removed.

The abuse of our political asylum process is not only making a mockery of our humanitarian policies, but it is paralyzing our immigration court system – predictably overwhelmed by an unlimited number of cases marching across our borders. There are now some 900,000 pending asylum cases in our immigration courts, more than 100,000 of which have been entered just since the start of the current fiscal year. These ever-growing backlogs and our limited capacity to detain people pending a hearing are themselves an invitation for more abuse.

In a world awash in people who suffer legitimate persecution, and the limited capacity of the United States and other Western nations to absorb refugees, allowing the widespread abuse of our asylum policies is unconscionable and unfair. The current chaos allows entry to migrants who have the ability to reach our borders, either because of proximity or the ability to pay smugglers to get them here from far-flung parts of the globe, while legitimate refugees wait years, even decades, to be resettled.

Policymaking by the issuance of administrative rules is never ideal. But in the face of an ever-worsening crisis and politically-driven obstruction of needed reforms to our asylum laws in Congress, the action by DHS and DOJ is the only option for putting an end to the clear abuse of our humanitarian policies. Section 208 of the INA, 8 U.S.C. 1158, delegates to the Attorney General and the Secretary of Homeland Security the authority to establish “any other conditions or limitations on the consideration of an application for asylum.”

The rule issued by DOJ and DHS falls well within the authority delegated to those departments, and well within the realm of common sense. Evidence clearly suggests that the surge of asylum seekers at our southern border is not being driven by worsening conditions in the primary Central American sending countries. While violence and social dysfunction continue to be hallmarks of those countries, murder rates in the region have fallen in recent years. Rather, it is the near certainty of admission to the United States, and the vastly better economic conditions here, that are driving the border crisis.

The new asylum rule will not leave anyone who is in need of protection without it. True refugees who need a safe haven will get it in the first country that is a signatory to international conventions on the protection of refugees and asylum seekers. Mexico, the country through which most asylum seekers transit on their way to the U.S. border, is not only a signatory, but also strengthened its commitment to protecting refugees as recently as 2011.

Under the new rule, the United States will continue to honor its legal and moral obligation to allow people to seek asylum when this is the first safe country they arrive in, at a U.S. embassy or consulate anywhere in the world, or even at a legal port of entry. But we have no legal or moral obligation to allow people to crash our borders in order to file specious asylum claims in the expectation that they will be allowed to remain here indefinitely.

Our asylum process and judicial system were designed to offer protection to those who need it and to uphold our laws. Instead, they are being used to create intolerable chaos and paralysis that must be stopped.