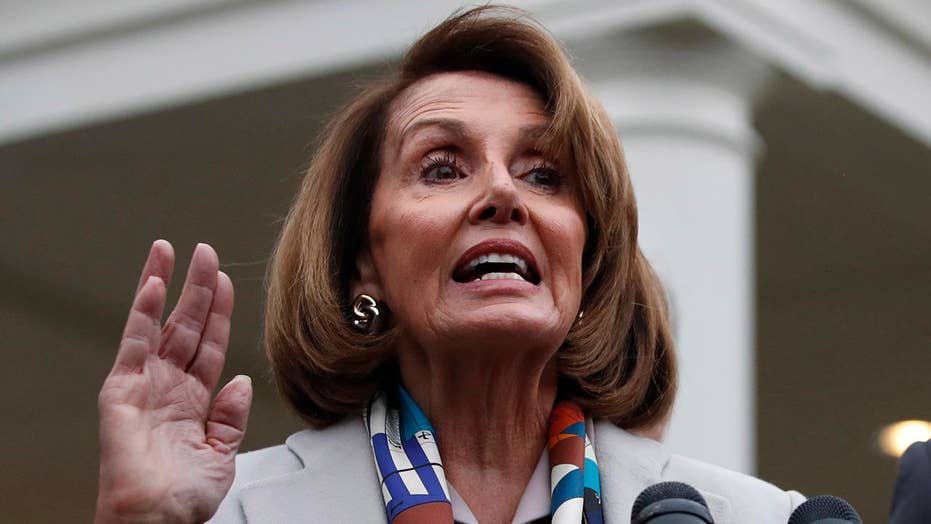 Congressional leaders will gather once again in the situation room as the new House speaker and the White House ramp up the rhetoric on a border wall; Rich Edson reports.

The media finally got the fun House they wanted — run entirely by Democrats.  And their arrival made journalists nearly scream in PC glee.

They’ve been fighting President Donald Trump all alone for two years. The arrival of Speaker Nancy Pelosi and liberal media darlings like Alexandria Ocasio-Cortez set off a veritable House party in the press. They now have powerful allies who will do what they want — attack Trump.

It was “a triumphant return to power” for new House Majority Leader Nancy Pelosi, “a new era” and “an earthquake in Trump world.” CNN even called it “girl power” and pretended she was reaching out in a “non-partisan” way to “women of all parties.” The network actually took her out to her native Baltimore to get ice cream from her favorite ice cream shop.

The Washington Post didn’t hide its feelings about the power switch: “Pelosi seeks a return to normalcy, but an unpredictable president may not comply.” The “Democracy Dies in Darkness” paper found the liberal who promised to “light the way” and could barely contain itself. The paper practically took on the role of Pelosi’s press office, noting, “she has a long history working productively with Republicans.”

The New York Times described Pelosi as an “Icon of Female Power” and talked about her rise “from the well-mannered daughter of a Baltimore mayor to a savvy legislator.”

It wasn’t just about Pelosi. Journalists celebrated everything from the Democrats’ fashion sense to diversity — already a media sacred term. The word “diverse” was on many reporters’ lips. But heaven help anyone who didn’t look right (or, left?).

Journalists focused on the women’s clothes and white men’s race — because when they do it, it’s not sexist or racist. Politico’s Congress reporter Rachel Bade skewered the white Republicans in their dark suits. “Sitting above the chamber, you see the stark contrast in color btw the GOP & Dem side: the Rs are all in dark suits. Almost all white men. The Dem side is speckled with pinks and purples and greens being worn by the historic # of women. Also very ethnically diverse,” she tweeted.

Washington Post Fashion Critic Robin Givhan celebrated the Democrats’ fashion sense. She declared, “fashion was not merely a footnote, it was a rallying cry, a defiant gesture, a point of cultural pride — a glorious, theatrical declaration of self. It was white suits and pink dresses, Native American artistry, a Palestinian thobe, a kente cloth stole, a hijab and a skintight pencil skirt with a fur stole.”

Being liberal is a fashion statement.

2. Wall vs. shutdown: The government shutdown and the border wall continue to vex the media who see no reason for either. 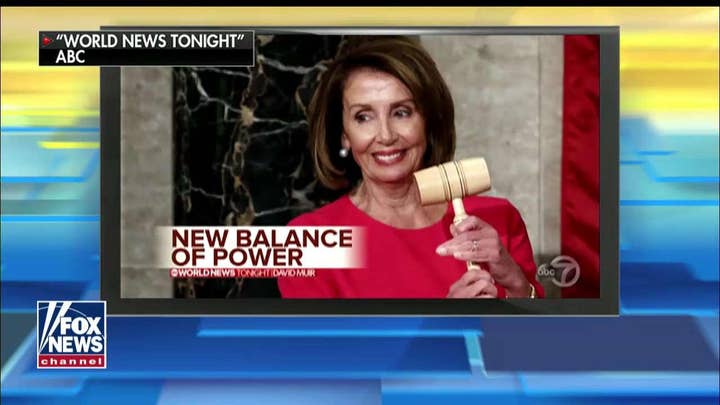 This was obvious when Trump held a short briefing in the press room and journalists freaked out that he didn’t take questions. CNN called it, “Trump's press 'briefing' that wasn't.” Mediaite summed up the press room reaction with this: “White House Reporters Heckle Trump After Speech: ‘The Point of the Briefing Room is to Take Questions!!!’”

Theoretical GOP consultant Rick Wilson took the opportunity to mock the Republican base. He told CNN’s Don Lemon, “the wall has always been a con for Donald Trump’s credulous rube ten-toothed base.” One commentator said it was time for the GOP to “change the president’s diapers.”

The New York Times gave an entire page in its Sunday Review for an essay by illegal immigrant activist and sometime journalist Jose Antonio Vargas. It was titled “Portraits From a Caravan – Migrants escaping peril wait in Tijuana for their American dream.” Just in case you thought it might be neutral.

Thankfully, a little truth has seeped into the media coverage of the shutdown. Axios CEO Jim VandeHei characterized the shift in the Democrat Party: “I think the feeling that they have to appear to be really strong by supporting a lot more border security, that that has waned, and that the enthusiasm of the Democratic Party is for protecting immigrants.”

3. This Is CNN: New Year’s Eve is always a tough holiday for CNN as it trots out major anchors and mixes them with lots of alcohol.

Anchors Don Lemon and Anderson Cooper were both drinking. Anchor Brooke Baldwin even tweeted, “Thanks to all of y’all who watched, tweeted, and got #drunkdonlemon trending another year.”

Then there was the self-absorbed segment with “New Day” Co-host Alisyn Camerota who was upset about the social media posts of a retired American Marine arrested by Russia for alleged spying. Why? Because he posted, “Just drinking coffee and watching fake news,” as he was pictured in front of a giant CNN logo.

Camerota was actually interviewing the man’s twin brother and rather than show sympathy over being arrested by Russian thugs, she fixated on the arrested man’s disdain for CNN. “I'm not taking this personally that he's pictured with CNN, but I just am wondering is this a statement on his part somehow?” she claimed, though it was obvious she took it personally.