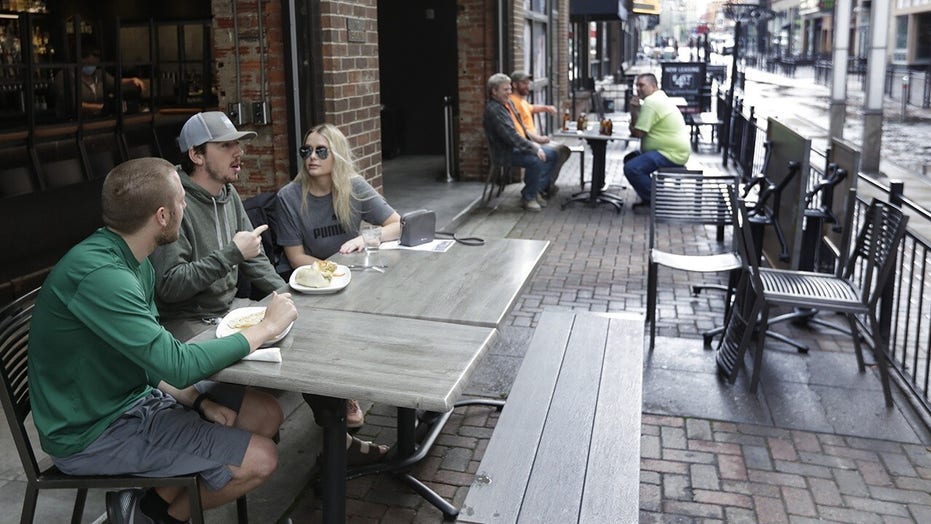 Testifying before the Senate Health, Labor and Pensions Committee on Tuesday, Dr. Anthony Fauci warned of the potential for "really serious" consequences from renewed coronavirus outbreaks should states reopen prematurely. But, Fauci’s warning applies equally well to the “really serious” consequences of opening too late.

Of course, Fauci is an immunologist focused on the pandemic, not a businessperson or an economist. While it’s important to heed the advice of medical experts, it’s a mistake to ignore the economic costs of their recommendations in terms of both human suffering and death.

As stated by President Trump, we can’t let the COVID-19 “cure be worse than the problem itself.” The severe physical and emotional impact of unemployment on American workers lends credence to the president’s concern.

A recent Federal Reserve Bank survey found that almost 40 percent of people in households making less than $40,000 a year who had jobs in February, lost their jobs in March. Commenting on the survey, Fed Chairman Jerome Powell observed that “[t]his reversal of economic fortune has caused a level of pain that is hard to capture in words, as lives are upended amid great uncertainty about the future.” He makes an important point.

I still recall being a 25-year-old in 1975 supporting a wife and two children, finishing college, and preparing to enter law school. The economic and emotional pressures were intense, alleviated only by the fact that I had a job, could feed my family, and pay our rent and utilities while looking forward to a better life. A sudden government shutdown that resulted in me losing my job and having to face the prospect of being unable to feed or house my young family, let alone complete my education, would have been devastating.

It’s hard to even imagine sitting home day after day for weeks – maybe months – with those I loved, able to work but prohibited from doing so, our only source of income a government check. I certainly would have appreciated that check, but government largesse is a meager substitute for the dignity of a job, the security of a paycheck and the opportunity to succeed.

If I lived in a state that insisted on remaining shut down, knowing that the risks for a healthy 25-year-old from the virus were very low (a death rate of roughly 0.03 percent for people in their 20s), I would have joined the protesters fighting for the right to resume their lives. If the governor of my state nonetheless persisted in keeping the economy on lockdown, the associated frustration, despair and misery would have taken a severe physical and emotional toll.

We always knew the shutdown was a tradeoff between economic damage and slowing the spread of the disease. In this respect, the shutdown initially made sense. Reopening the economy will similarly be a tradeoff that makes sense.

As such, I was not at all surprised to learn that a recent study entitled “Projected Deaths of Despair From COVID-19” by the Well Being Trust and the Robert Graham Center for Policy Studies in Family Medicine and Primary Care, predicted that a massive number of Americans could die due to the shutdown “if we do not do something immediately.”

The Deaths of Despair study’s number one suggestion for avoiding these deaths: “Get People Working.”

This is not to say that the government shutdown was the wrong decision. The government’s goal was to find a way to deal with the disease so as to avoid overwhelming our health system as had occurred in Italy and Spain. It appears to have succeeded. Even in the places hardest hit by this disease, we have avoided that potential catastrophe.

We always knew the shutdown was a tradeoff between economic damage and slowing the spread of the disease. In this respect, the shutdown initially made sense. Reopening the economy will similarly be a tradeoff that makes sense.

The economic and humanitarian costs of the shutdown are growing and could easily spiral out of control while the public-health risks appear to be diminishing. Rather than dead bodies piling up like cordwood as predicted when it reopened, Georgia announced Tuesday that it had the lowest number of COVID-19 positive patients hospitalized since hospitals started reporting data on April 8, with a 34 percent decrease from 1,500 patients hospitalized on May 1 to 986 on May 18.

Our lives have changed. The need to wear masks, avoid crowds, keep our distance, wash our hands and keep them off surfaces will continue until there is a vaccine or an effective therapeutic, as will the need for vulnerable people to self-isolate.

But, the time has come for those who are not high risk to work, socialize and circulate. We need the economy to begin breathing again to avoid the suffering and potentially irreparable consequences of a continued shutdown.

At this point, the most compassionate thing we can do for American workers and their families is to restart the economy.