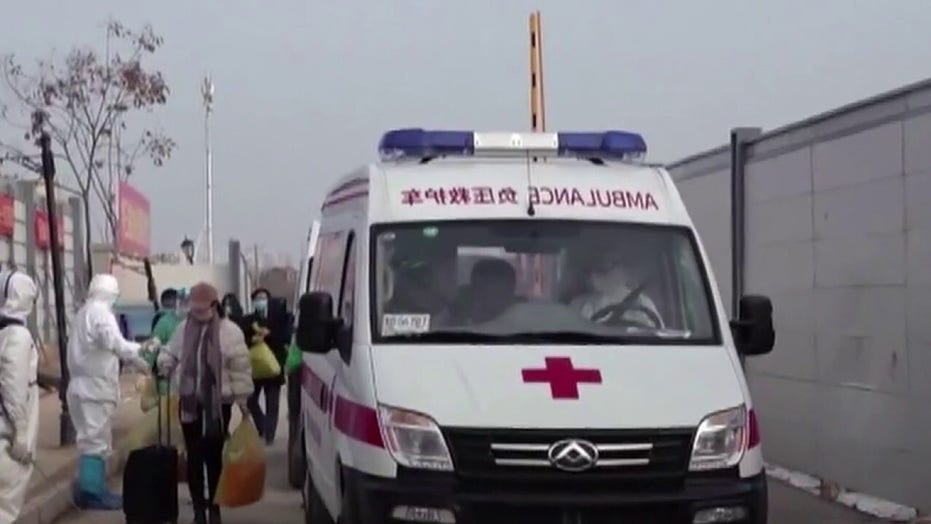 China has been hobbled by the mysterious coronavirus that emerged in the central city of Wuhan; the ruling Chinese Communist Party is taking aggressive measures to regain control of the situation.

Leading infectious disease experts in China predict that the coronavirus may peak this month. I pray that scientists and medical professionals will find a cure for this deadly virus soon. The coronavirus outbreak will have a lasting impact on China and the rest of the world long after the virus is contained.

The first impact is the deepening and widening of the "decoupling" effect. President Trump's trade war with China kick-started a "decoupling" of the two largest economies in the world. U.S. manufacturing companies have begun to move their factories and supply chains out of China during the trade war in order to avoid higher U.S. tariffs on imported goods from China. Now with so many Chinese factories and businesses on an extended break due to the spread of the coronavirus and a number of countries including the U.S. imposing travel restrictions to and from China, more industries and more countries are rethinking whether they also need to decouple from China.

For example, China is one of the major auto parts suppliers in the world. Automaker Hyundai had to shut its assembly plants in South Korea recently because it couldn't get the auto parts it needed from China, as suppliers in China remain closed. Other automakers are working on a plan B to secure auto parts they need to keep their own operations going. Businesses worldwide, from auto companies to hockey stick makers, have learned the downside of relying on one country to supply so many things they need. Not only is the decoupling of the U.S. and China's economies irreversible, but also the decoupling will likely expand to include other nations as well. Be ready to see more global supply chains shift out of China.

The decoupling will contribute to the second long term impact -- that China may be permanently stuck in the  "middle-income trap," an economic phenomenon in which a rapidly growing economy stagnates at the middle-income level and fails to transition into a high-income economy. The World Bank defines the "middle-income" economy as one where per capita income is between $1,000 to $12,000 per year at constant prices. By this definition, China has been a "middle-income" economy for more than two decades.

Chinese leader Xi Jinping, who is fixated on returning China to world power status, desperately wants to avoid being stuck in the "middle-income" trap. However, China's economic growth has slowed down from double digits growth to a single-digit growth since 2012, due to rising debt, an aging population and slowing the pace of further economic reform. President Trump's trade war hurt China's economy further last year. China reported an official economic growth rate of 6.1 percent in 2019, which was the slowest in the last three decades. China's leaders had hoped that spending from Chinese consumers might keep the economy going. However, Chinese consumer spending was already impaired last year by the skyrocketing pork prices caused by the African swine fever. Experts said that China might be running out of time to "graduate" from the middle to the upper-income level.

Therefore, the coronavirus hit the Chinese economy at the worst time possible. With this outbreak, domestic and international travel has gone down significantly; retail shops and restaurants are struggling to stay open with little foot traffic;  factories are either still shut down or only partially open and many businesses are still on extended break out of concern for infection which means millions of workers are unable to go back to work. Small to midsize businesses, which have been the growth engine of China's economy, are struggling and at least a third of them are running low on cash. Several dozen cities, including Wuhan, a major industrial and commercial center, are still locked down, more than 60 million residents are trapped and there is no end in sight when they can resume their normal way of life, including going back to work. If this situation continues, a number of businesses may shut down and unemployment could rise because people have no work to return to.

There is no doubt that the Chinese government will try to stimulate the economy with the same tools it used before such as cutting interest rates, mandating state-owned banks extend loans to small businesses and offering individual tax and rent relief. These tools may prevent the Chinese economy from going into a recession, but will not be sufficient to prevent China from getting stuck in the middle-income trap permanently, because experts warned that the only way for China to avoid the middle-income trap is to implement market-based structure reform, something Chinese leader Xi has been resisting since he came to power in 2012.

The third long term impact is mass migration out of China. For decades, the majority of Chinese people have accepted limited rights and freedom in exchange for the prosperity and stability of the Chinese Communist Party (CCP) promised to provide. Unlike the Hong Kong protests and the internment of Uyghurs, the coronavirus affected everyone in China in one way or another. Chinese people took the hardest hit, with a death toll surpassing 800 and more than 66,000 infected cases. The fear of the virus and the draconian measures the Chinese government took, such as quarantining 60 million people, have disrupted people's normal lives. Then Chinese people learned that all their misery could have been prevented had Chinese authorities listened to whistleblowers who warned about the virus in December 2019. One of the whistleblowers, Dr. Li Wenliang, passed away recently after being infected by the virus through a patient. Dr. Li's death unleashed Chinese people's pent up anger and frustration toward the Chinese government's cover-ups, lies and incompetence. They began to reject the Communist Party leaders' singular focus on maintaining control and stability at all costs.

There are calls in China for more protection for freedom of speech. But the Chinese government has made sure those who dare to speak up pay a dear price. Two Chinese citizen journalists disappeared recently after posting footage of heartbreaking scenes from Wuhan, the epicenter of the coronavirus. It is unlikely we will see millions of Chinese take to the streets like Hong Kongers. But many people are so disappointed and angry with the government that they will leave China after the outbreak is over and seek a new safe haven for themselves and their families. Therefore, expect to see mass migration and capital flight out of China.