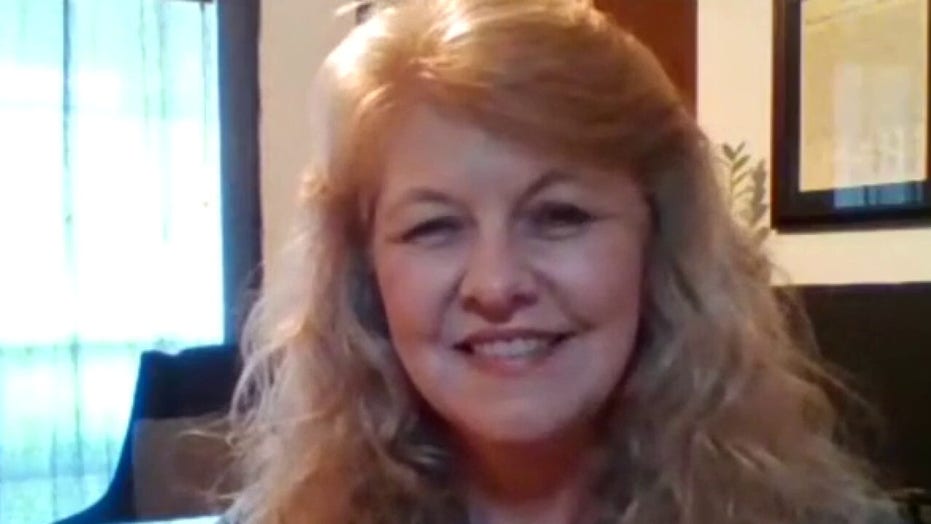 Lori Gracey, organizer of OK Back 2 Work, joins Martha MacCallum on 'The Story.'

“…the right of the people peaceably to assemble, and to petition the Government for a redress of grievances.” (from the First Amendment)

Conservatives are mostly a passive lot, expressing their frustrations and anger over ideas they oppose by listening to or watching television, talk radio or, for some, attending Trump rallies when that was still possible.

NEWT GINGRICH: CORONAVIRUS AND CHINA – WHY LAWSUITS SHOULD BE ONE WAY TO MAKE COUNTRY PAY FOR PANDEMIC

The duration of the COVID-19 lockdown and its associated unemployment “pandemic” are changing that. Recent arbitrary executive orders by some governors have driven many who have never before demonstrated for or against anything into the streets of state capitals, with more likely to come. They want their jobs and country back. 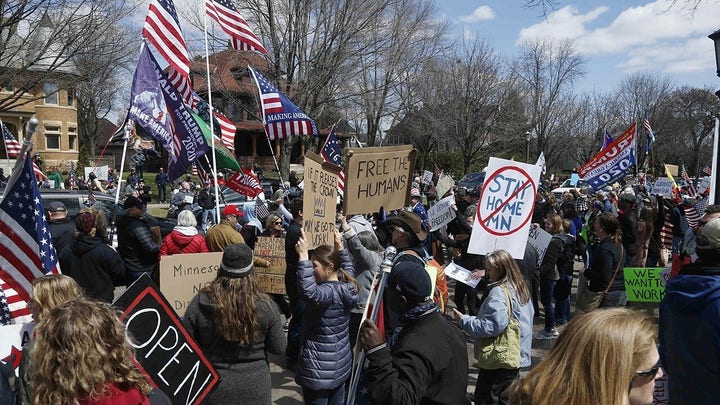 President Trump is helping them out with his rallying cry to “liberate” Michigan, Virginia and Minnesota. These states are led by Democratic governors, whose party members in Congress appear to me to view the virus as a political opportunity to damage President Trump’s re-election prospects.

At least some Republican governors are heeding the president’s call to “open up.” Last week, Governor Ron DeSantis of Florida announced the reopening of some beaches and parks with restrictions.

Recent arbitrary executive orders by some governors have driven many who have never before demonstrated for or against anything into the streets of state capitals, with more likely to come. They want their jobs and country back.

In Texas, as the Ft. Worth Star-Telegram reported, Gov. Greg Abbott “Outlined a careful, phased-in effort to allow businesses to open.” The governor also named advisory panels to suggest next steps. Such panels are becoming the preferred strategy. If a policy fails, politicians can spread the failure and responsibility around, while taking credit for any success.

Gov. Abbott also promised he will be guided by medical data. One hopes that doesn’t include computer models, which, according to National Review, are proving unreliable in forecasting the number of deaths and new virus cases.

Restaurants should be allowed to reopen while practicing social distancing and requiring staff to wear masks and gloves. In warmer climates, outdoor tables and chairs could help bring traffic back to pre-pandemic numbers.

Restaurant employees are often the most economically vulnerable because many rely heavily on tips. Whatever money they might receive if restaurant owners applied for government loans and grants is not likely to make up the difference.

That there has been an overreaction to this virus, in my opinion, is hard to dispute. 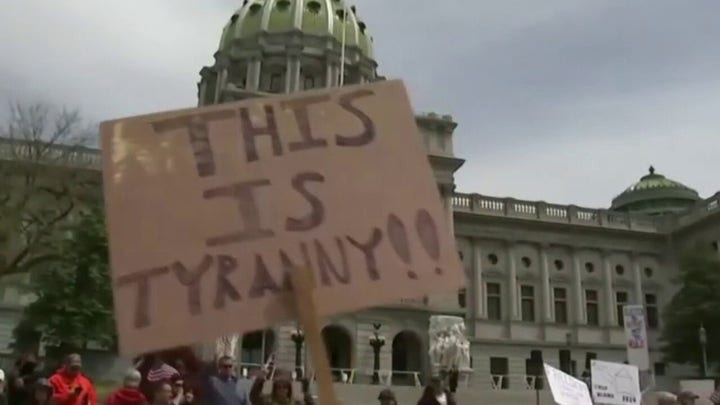 Democratic Gov. Jay Inslee, who has exchanged compliments with President Trump for the federal assistance given to his state, accused the president of “fomenting domestic rebellion” with his liberation calls. He added that the president is encouraging “illegal and dangerous acts.”

Last week, Michigan Democratic Gov. Gretchen Whitmer issued an executive order, which, according to Bridge, a nonprofit, nonpartisan news organization, permits “kayaking, boating, sailing or canoeing, but not in a motorized pontoon boat or anything that would require a trip to the gas station.” People can “mow their own lawn, but not hire someone to do it.” Michiganders can “travel to care for an elderly relative, but not visit friends or go to second homes.” They can also “go for a walk, but not go golfing.”

Liquor and lottery ticket sales were not banned by the governor, who is under consideration by Joe Biden as a possible running mate.

With such silly and arbitrary dictates, is it any wonder more people are taking to the streets?