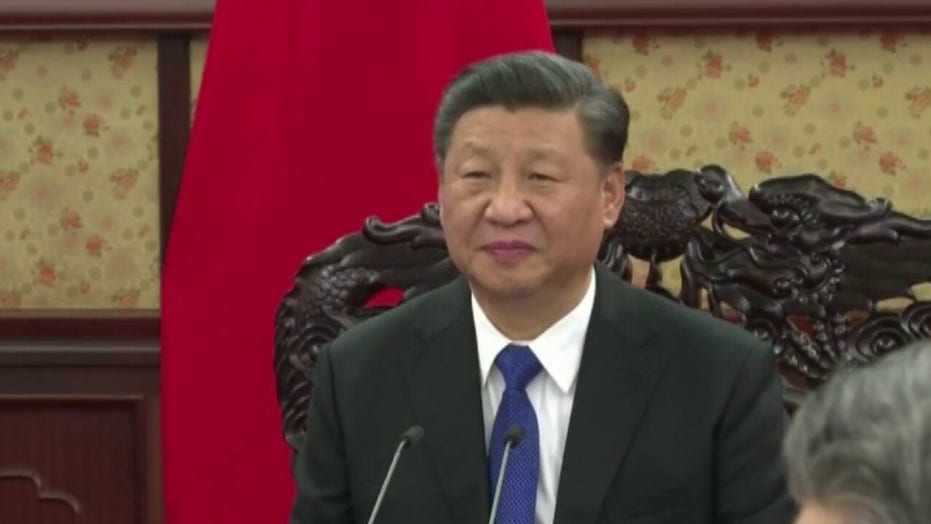 Beijing’s cover-up of the coronavirus outbreak is the scandal of the century. Its unconscionable malfeasance launched a global plague, hobbled the international response and crashed the world’s economy.

Many people were already fed up with how Beijing had bullied, lied and cheated its way up the global food chain even before this outrage. Now, they’re downright angry and demanding some measure of payback.

Anger is justified, but the U.S. needs to be smart about its response. We need to react in ways that justly punish Beijing, but also make America stronger and more prosperous.

HARRY KAZIANIS: COSTS OF CORONAVIRUS — CHINA MUST PAY FOR ITS MISDEEDS, START WITH THESE 5 STEPS

Here are three ways to do just that.

Expose the rot beneath the facade. The more people know about how the Chinese Communist Party operates at home and abroad, the better they can make informed decisions about when and how to deal with the regime in Beijing. The truth is, behind the Happy Face Beijing beams to the world, there is a lot of ugly underneath: slave labor in factories, concentration camps, intellectual property theft, identity theft, bribery, corruption and more.

What’s needed is a global campaign to expose all of this and the toll it is taking in human terms. Once the veil is pierced, righteous outrage will follow, pressuring governments, the private sector, NGOs, the academic community and even international institutions and civil society to reassess their engagement with China.

For far too long, far too many have preferred not to know. Plausible ignorance was, if not bliss, at least an easier way to go — easier to make money, and easier to avoid being picked on by China and its witting and unwitting tools. That has to end now.

The timing of Trump’s decision to suspend U.S. funding for the World Health Organization (WHO) was controversial, but the world should be cheering the U.S. president for having the courage to call out China’s pernicious (and in this case, deadly) influence there. Governments and civil society around the world ought to be echoing his demand for more transparency and accountability from the organization — and for getting to the bottom of the organization’s overly cozy relationship with the Chinese Communist Party. And other international organizations in bed with Beijing should take heed.

Make it easier to be made in America. Rather than say folks can’t do business in China, Washington ought to be more introspective and ask: Why is it so off-putting to do business here?  As a participant in the global supply chain, the U.S. has some huge advantages over China. For example, unlike Beijing, America doesn’t force you to turn over your proprietary information; it doesn’t rip off your designs and production processes; it doesn’t spy on you or your workers; it actually respects the rule of law.

Every level of government — federal, state and local — ought to be asking: What can we do to make it easier to do business in America?

China isn’t the only fish in the sea of business partners. There is no shortage of nations out there who would be far better partners than Beijing.

Want to hit Beijing where it hurts? Rip up all the red tape in America that needlessly inhibits job creation and slows economic growth. For example, many fret that the U.S. no longer produces rare earths — materials used in everything from x-ray and MRI scanning systems to cell phones and television screens. Yet no one is working to repeal the regulations that make mining these minerals in the U.S. near impossible.

Do business with your friends. The key to American prosperity and security isn’t making everything from medicine to toilet paper in the U.S. What is crucial is to have dependable, secure, cost-effective global supply chains. China isn’t the only fish in the sea of business partners. There is no shortage of nations out there who would be far better partners than Beijing. We should go out build, nurture and develop those business partnerships. In some cases, this requires the foresight to look for less risky partners. In other cases, it means building new partnership by prompting others to improve their rules of law, governance and levels of economic freedom so they are better partners for America,

For example, as our leaders plan how to facilitate the post-COVID economic recovery, they should be considered mutually beneficial initiatives involving the US-Canada-Mexico economic community, our European partners, and key strategic partners in the Indo-Pacific, such as Japan, Australia, India, Taiwan, South Korea, Vietnam, Singapore and New Zealand.