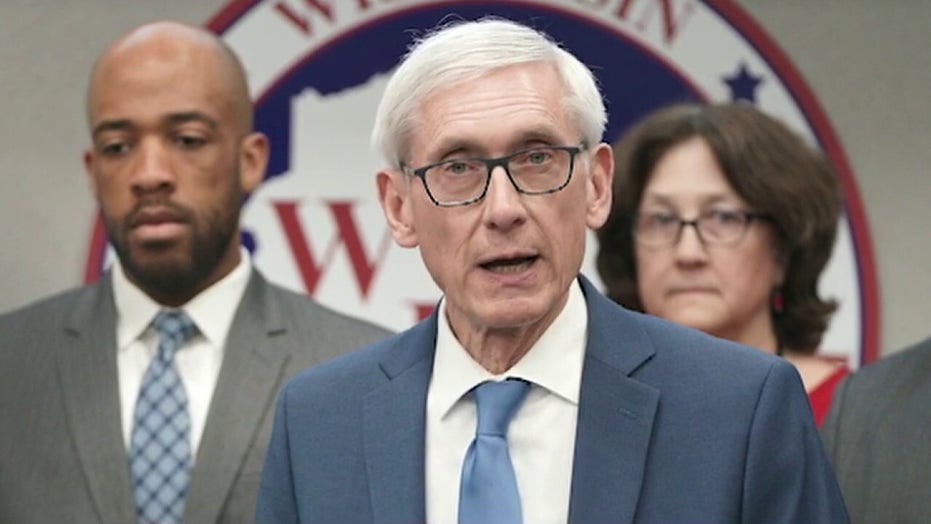 Democrats are attempting to use the devastation caused by the COVID-19 pandemic to take over elections. Again. And to do so permanently.

Not content with attacking President Trump and his tireless science, economic and policy advisers, or gleefully drawing attention to the destruction of the roaring Trump economy, Democrats want to leverage this crisis to massively expand the power of Washington at the expense of the states and individual freedoms.

Wholly lacking in irony, the very people who a month ago were calling President Trump a dictator are now attacking him for not ordering an unconstitutional nationwide lockdown.

The Constitution is an often inconvenient impediment when it comes to partisan politics – which is exactly why, in their wisdom, the framers drafted a Constitution with checks and balances, including federalism, which partisan politicians are willing to throw overboard to gain a momentary perceived advantage.

One of the many areas where Democrats want to expand Washington’s power is over voting laws, undoing even the most basic protections for the integrity of our elections. After their efforts to include such radical provisions, as well as the Green New Deal and other extreme expansions of federal power, in the phase three relief bill failed, they promise to try again with phase four.

While frustrating, it should not be surprising. Federal legislation is simply one front in the Democrats’ ongoing war to change the rules by which we vote to make it easier for Democrats to win (since they have realized quite correctly that most Americans are not interested in “Medicare-for-all,” socialized everything, and sacrificing thousands of jobs on the altar of climate change).

Democrats have been trying to change the rules for elections for years through the courts.  Consider what they are doing this week in Wisconsin. Wisconsin had an election scheduled for Tuesday for a variety of important races. The governor delayed it Monday morning, but that evening the Wisconsin Supreme Court determined he had exceeded his authority under state law. So now the election is going forward as scheduled, for thousands of races.

What Americans need during this time of crisis is confidence in our election systems and outcomes and the ability to vote safely while still being confident that their votes count.

Democrats, led by Democratic National Committee lawyer Marc Elias, had already sued to change some of the rules governing the election in light of the COVID-19 pandemic.

Normally Wisconsin requires absentee ballots to be received by Election Day to be counted. This is a common-sense rule in many states. It allows ballots to be counted quickly, gives finality to the election, and prevents shenanigans with ballot harvesting and attempts to change the result after Election Day.

That meant that people could vote almost a week after Election Day.

While the Democrats did not ask for that rule change (probably because it would have been a ridiculous request), when the court granted it, they defended it on appeal and claimed that it was really what they wanted all along.

After an emergency appeal, the U.S. Supreme Court reversed the court’s ruling, upholding the important principle that people cannot vote after Election Day and requiring ballots to be postmarked by Election Day.

This is a classic move from the Democrats’ anti-election integrity playbook. Back in 2008, Elias convinced the Minnesota secretary of state to change the rules after the election, resulting in the post-recount victory of Al Franken over Norm Coleman for the Minnesota Senate seat. Franken’s victory gave Democrats the 60th vote in the Senate needed for the supermajority that allowed ObamaCare to pass.

Democrats understand that not only do elections have consequences, but the rules governing elections also have consequences. That is why they leave no stone unturned in their efforts to undermine election integrity protections. They see this pandemic as a great opportunity to advance their election procedure agenda: ballot harvesting, absentee ballots submitted after Election Day, no voter identity verification, same-day voter registration without eligibility confirmation, and so on.

Thanks to the leadership of Senate Majority Leader Mitch McConnell and other Republicans in Congress, Speaker Nancy Pelosi, D-Calif., will not succeed in making her home state’s disastrous election rules the nationwide standard. But that will not stop her and her fellow Democrats from trying.

What Americans need during this time of crisis is confidence in our election systems and outcomes and the ability to vote safely while still being confident that their votes count. They need consistent rules, not changes literally the day before an election. In a time of great upheaval, they do not need Democrats sowing further confusion in order to help more Democrats win.