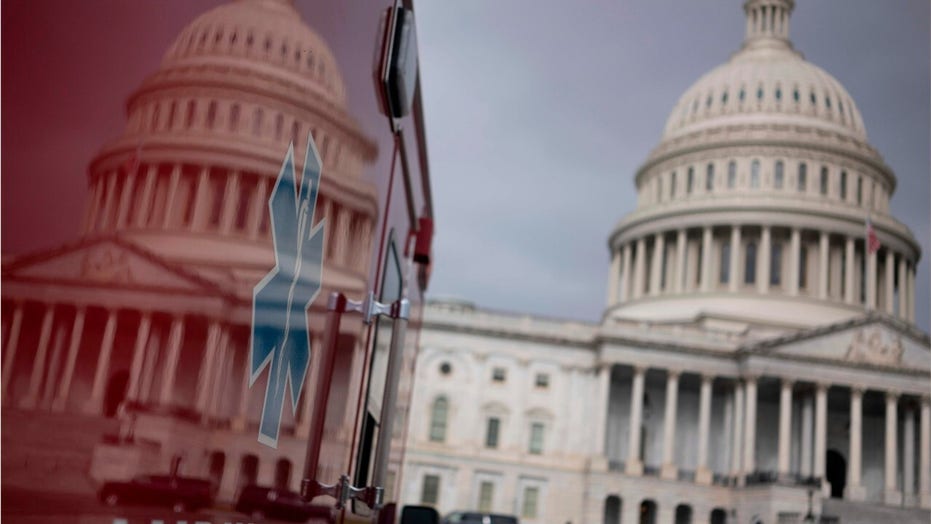 After failing with their first left-wing laundry list disguised as coronavirus relief, Democratic leaders are already plotting their next attempt to use the pandemic for political gain.

House Speaker Nancy Pelosi, D-Calif., and former Vice President Joe Biden say we must throw election integrity to the wayside in favor of an all-mail election, fundamentally changing how Americans vote in eight months. The overhaul would vastly expand opportunities for fraud and weaken confidence in our elections, but all Washington Democrats see is a potential benefit for their party.

Pelosi says she needs $4 billion, at the height of the pandemic, to "really democratize our whole system.” Pardon those of us who thought we already had democratic elections.

If it were about safety, why does Pelosi call for mandatory early voting in all states, forcing polls to be open “no less than 10 hours” every day for over two weeks before Election Day? Why do Democrats encourage public transportation use, which can increase exposure to viruses, by mandating polling places be within walking distance of a bus stop or metro? And why do Democrats want paid campaign operatives going door to door, collecting mountains of ballots? So much for social distancing.

Because Democrats see the pandemic, as Rep. James Clyburn, D-S.C., said, as “a tremendous opportunity to restructure things to fit our vision.” And try to give themselves a political edge.

The Democrats’ all-mail ballots proposal is a ruse to legalize ballot harvesting nationwide. Any person would be allowed to return an unlimited number of absentee ballots for voters, opening the door for political operatives to deliver ballots in bulk. They could even be paid as long as he or she is not paid based on the number of ballots returned.

All voters “eligible to cast a vote” would receive a ballot. The problem: many states do not clean up their voter registration lists unless forced to. California had to remove up to 1.5 million ineligible voters due to a court settlement last year after its rolls showed registration of 112 percent. In other words, there were more registered voters than adults living in the state.

At a time of so much uncertainty, we should not reduce confidence in our elections. Mail-in voting and ballot harvesting do just that, delaying results for days and even weeks. In California, a “stunning 5 million ballots,” over 40 percent of the vote, were counted after election day in 2018. Ballots with mismatched signatures had to be “given time to fix it.”

When New Jersey expanded vote-by-mail in 2018 it sowed confusion, and officials left out 172,000 voters of its absentee list. Imagine the chaos of overhauling election systems in all 50 states in eight months.

Mail-in voting increases the opportunity for fraud. Just ask the New York Times, which in 2012 documented numerous ways “fraud is easier by mail” and “vastly more prevalent” than in-person voting. The Times found “votes cast by mail are less likely to be counted, more likely to be compromised and more likely to be contested than those cast in a voting booth.”

Voting by mail led to multiple elections where “no one can say with confidence which candidate was the deserved winner.” The Times pointed to an MIT study of the 2008 election finding millions of requested ballots that never reached voters, with a failure rate up to 21 percent. Fraud known as “granny farming” has emerged, where mail ballots are collected en masse from nursing homes, seniors are coerced and their ballots compromised.

These flaws, the Times said, “raise questions about the most elementary promises of democracy.”

Or ask Richard Hasen, an election law expert, and no right-winger. Hasen says the “most common kind of voter fraud” is through vote-by-mail ballots.

“When voter fraud does occur or when voter coercion does occur, it tends to occur with absentee ballots,” he said in a 2016 interview. Hasen said absentee votes can be bought, and voters pressured. “When you're in the privacy of the voting booth, that becomes impossible.”

When New Jersey expanded vote-by-mail in 2018 it sowed confusion, and officials left out 172,000 voters of its absentee list. Imagine the chaos of overhauling election systems in all 50 states in eight months.

The Republican Party will always defend free and fair elections, especially in times like these. That is why we will continue to fight and win against attempts by Democrats to use the pandemic as an excuse to circumvent election integrity.

We are all in this fight together. We will get through it. But we will not throw out our most elementary promises of democracy, because agenda-driven Democrats do not want to let a pandemic go to waste.