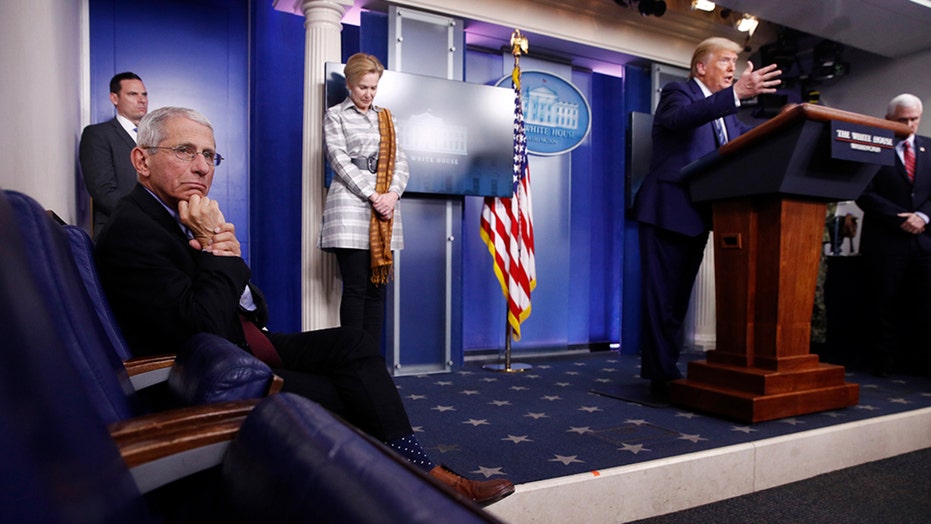 President Trump and the coronavirus task force give an update from Washington, DC.

In Beijing, U.S. Ambassador to China Terry Branstad recently talked about U.S.-China cooperation in fighting the COVID-19 pandemic. Meanwhile, back in the good old USA, neither President Trump nor Vice President Pence is referring to the disease as the “Wuhan virus” or the “Chinese virus” in their daily updates to the American people. Something is afoot, folks.

In private, U.S. officials say they stopped reminding the world of where this mess originated, once Beijing stopped its mendacious propaganda accusing the U.S of bringing COVID-19 to Wuhan.

Indeed, senior Chinese officials have now publicly disavowed the most egregious accusations against the U.S. Moreover, the Chinese ambassador to South Africa, one of the regime’s most virulent anti-American propagandists, was recently recalled to Beijing.

Interestingly, all this making-nice started, for the most part, after Xi Jinping, China’s all-powerful strongman and Trump had a leader-to-leader phone call.

Although Beijing has backed off its public nastiness, Russia and Iran continue to peddle disinformation. And there is no reason to trust what China is saying and doing in the shadows. Still, the balance has tilted.

China has every reason to ramp down the blame game. Its over-the-top propaganda angered not just U.S. officials but also the British, the EU, the Australians and more. Beijing then compounded this miscalculation by exporting faulty medical equipment as part of its much-ballyhooed global “aid” program.

Even more troubling for Beijing may be the growing number of voices in the U.S. calling for us to disengage from Chinese suppliers entirely. This would not be good for either side, but it’s got to be Beijing’s very worst nightmare.

China is more dependent on exports than the U.S., and that was before the virus hit the Chinese economy like a tsunami.  If the U.S. and its friends, allies and strategic partners walk away from China, Beijing will be up the economic creek. Sure, they can still trade with Russia and Turkmenistan. See how far that gets them.

Beijing is currently watching Congress roll out bill after bill to punish the Chinese Communist Party. That must be a most unpleasant sight for the regime.

No, China isn’t about to turn into a cuddly panda for the U.S. But, after all the recent hits to its reputation, the regime is definitely trying to soften its global image. Hence the China charm offensive: “We are here to help. How about some masks?”

But increasingly, the reality of what China is doing is bumping up against the rhetoric of the Chinese Communist Party. For example, Beijing contributes about $40 million to the World Health Organization; the U.S. kicks in about $400 million (double the next largest contributor). China can pretend it's leading all it wants. The reality is the U.S. is by far the world leader in health assistance, and all the fake news in China can’t change that.

President Trump knows that the U.S. could well come out of this pandemic in a much stronger position relative to China. He knows that Brand China is suffering in D.C., across America and throughout the world. Whatever nice words he shares with Xi on the phone, expect him to use this leverage to get better deals with China, curb the regime’s most predatory behavior, and keep America in place as the responsible global leader the U.S really is.