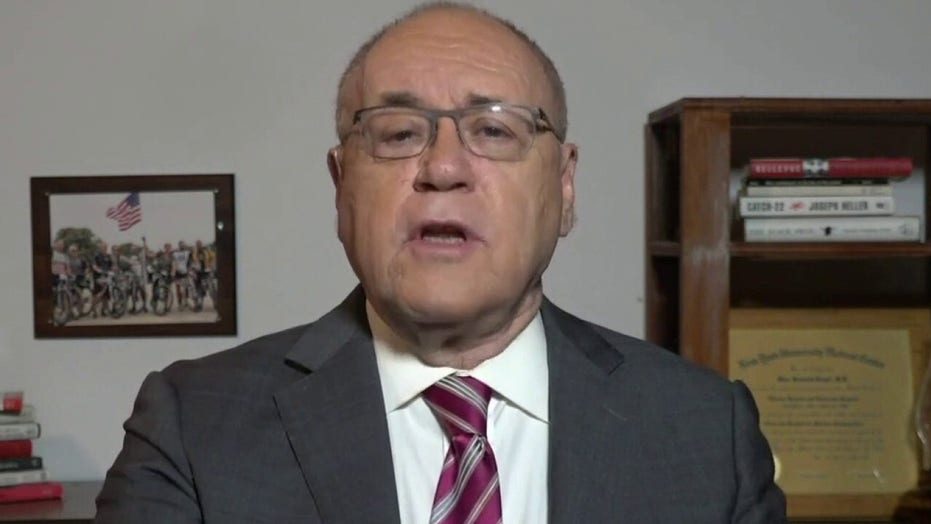 Political and public health leaders appear to have contracted another case of lockdown fever. The governors of Oregon and Utah recently hit pause on their states' reopening efforts. Gov. Andrew Cuomo threatened to do the same in New York City on June 14, even as the city prepares for a new stage of re-opening on June 22.

Meanwhile, public health experts maintain it's unsafe for people to congregate – unless, of course, they're attending a protest that lines up with the progressive consensus.

This is all absurd. After months of lockdown, the most reasonable interpretations of the data indicate that the COVID-19 outbreak is largely contained to a few geographic hotspots – and that the virus poses a far greater threat to specific at-risk groups than the population at large.

Consequently, we must prioritize re-opening the economy to allow the many Americans whose livelihoods have been devastated by the shutdown to begin rebuilding their lives – even as we take targeted action to protect the vulnerable.

One-size-fits-all lockdowns seemed logical at first. In March, public health officials urged or forced Americans to stay home to "flatten the curve" and give hospitals a chance to meet an expected surge of COVID patients. In New York, Cuomo predicted the state could be short over 50,000 beds when the virus peaked. In response, the state set up emergency field hospitals and prepared to send patients to the U.S.N.S. Comfort, a Navy hospital ship docked in New York Harbor.

These initial predictions were far too pessimistic. Fewer than 19,000 New Yorkers were hospitalized with COVID-19 at the outbreak's peak, a far cry from the 110,000 Cuomo predicted. The state's field hospitals mostly went unused – including the Comfort, which departed in late April, having treated fewer than 200 patients.

Given all the data, unilateral and continued shutdowns make no sense. Instead, state and local leaders must focus on protecting the most at-risk groups.

As of June 16, more than 23 million COVID-19 tests have been run across the United States; just under 9 percent have come back positive. Since late May, the seven-day rolling average of positive tests has tracked below 5 percent. And while the number of reported cases has recently increased in several states, the seven-day rolling average number of new deaths has steadily declined since late April.

Why have expectations been so different from reality? As Doug Badger and Norbert Michel pointed out in a May 23 analysis published by the Heritage Foundation, the country had more hospital capacity than experts suggested. Even if their fears had borne out, hospitals likely would have managed to keep up with the influx of patients.

Further, the COVID-19 outbreak has remained concentrated in certain areas and populations. Nursing homes account for less than 1 percent of the population and 42 percent of all deaths from COVID-19 as of June 1, according to research from the Foundation for Research on Equal Opportunity.

Ten states accounted for almost 70 percent of the country's COVID-19 cases and three-quarters of its deaths as of May 11, according to Badger and Michel's analysis. That includes New York and New Jersey, which accounted for 35 percent of all cases and 44 percent of COVID-19 deaths.

Given all these data, unilateral and continued shutdowns make no sense. Instead, state and local leaders must focus on protecting the most at-risk groups.

Policymakers should encourage those 55 and older and those with chronic conditions to take extra precautions when going out in public. They can protect nursing home populations by rigorously enforcing cleanliness procedures, withdrawing misguided executive orders requiring them to admit COVID-19 patients, and experimenting with models that compensate staff extra to live on site during this public-health emergency.

We've learned a lot about COVID-19 since the outbreak began. It's time for policymakers to put that knowledge to use – and open up our economy.