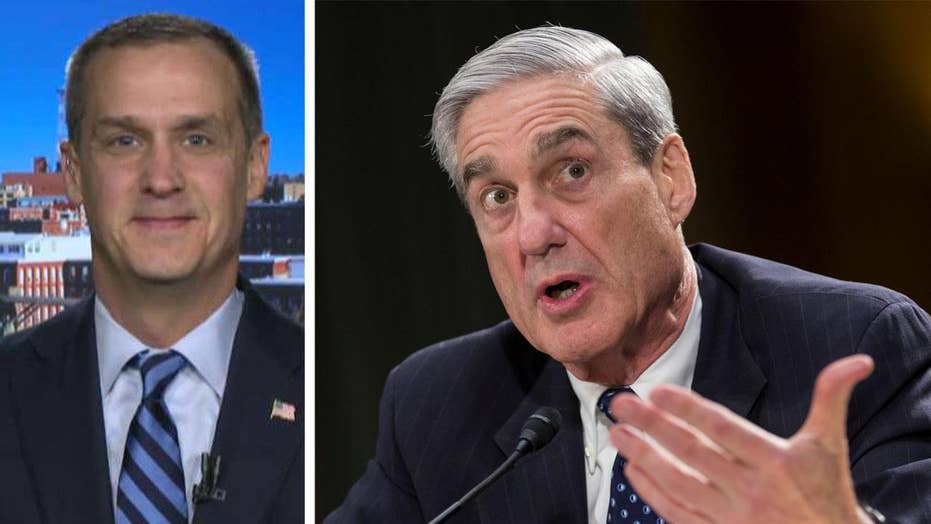 Now that the summary of the Mueller report has given President Trump a clean bill of health, one would think the Democrats would back away from the false claim that the president colluded with the Russians. Sadly, they are hanging onto conspiracy theories and grasping at straws.

Democrats in Congress are commencing a new campaign to trick the American public into thinking the report is anything but a complete exoneration of the president.

The facts and conclusions in this investigation have cleared the president of any wrongdoing. On March 24, 2019, Attorney General William Barr released a four-page summary of the “principal conclusions reached by Special Counsel Robert S. Mueller III.”

That summary of the underlying report indicated “the Special Counsel and his staff thoroughly investigated allegations that members of the presidential campaign of Donald J. Trump, and others associated with it, conspired with the Russian government in its efforts to interfere in the 2016 U.S. presidential election, or sought to obstruct the related federal investigations.” During that investigation, the Special Counsel “employed 19 lawyers who were assisted by a team of approximately 40 FBI agents, intelligence analysts, forensic accountants, and other professional staff” and “issued more than 2,800 subpoenas, executed nearly 500 search warrants, obtained more than 230 orders for communication records, issued almost 50 orders authorizing use of pen registers, made 13 requests to foreign governments for evidence, and interviewed approximately 500 witnesses.”

The investigation was comprehensive and spent millions in taxpayer money that ended up resulting in no finding of wrongdoing by President Trump.

This has sent many in the left-wing mainstream media to crying towels and Never-Trump members of Congress to trashing the report to justify earlier calls for impeachment and prosecution. Democrats seem incapable of admitting that they were cheerleading for our president to get in legal and ethical trouble – an outcome that would hurt our national security while destabilizing the government.

Republicans on Capitol Hill are mocking Democrats for engaging in dishonest spin and fear mongering by implying the real findings of the report are being suppressed by the Trump Administration. Sen. Lindsey Graham, R-S.C., was spot on when he said, as reported by Fox News, “Do you really believe that Bill Barr would give us a summary of the key findings and it not be supported by the report? Give me a break. I mean, this whole Oliver Stone approach to the Mueller report by Democrats is getting a bit old.”

House Intelligence Committee Chairman Rep. Adam Schiff, D-Ca., is one of the biggest proponents of the conspiracy theory that there was collusion. The president and House Republicans are correct to demand that Schiff resign as chairman of that committee.

The conclusion, based on the facts, that the president is free and clear of wrongdoing has not slowed the conspiracy-minded Democrats from forging forward with their own investigation, while moving the goalposts and demanding the thousands of underlying documents supporting the conclusions of the report.  This is nothing more than a fishing expedition that will be led by House Judiciary Chairman Jerry Nadler, D-NY. Nadler immediately stoked fears of a coverup and plans to haul Mueller before Congress for an inquisition.

Democrats in Congress just can’t accept that they have lost. Rep. Nadler fired off 81 requests for documents and records before the summary of the report had been released, because he has planned for months to conduct his own Witch Hunt into President Trump. Nadler co-authored a letter with Reps. Schiff and House Oversight Committee Chairman Elijah Cummings, D-Md., as reported by Fox News. “It is unacceptable, “he said, “that, after Special Counsel Mueller spent 22 months meticulously uncovering this evidence, Attorney General Barr made a decision not to charge the President in under 48 hours.”

Democrats are now intent on using the Congress to help Democrats get back the White House in 2020.

Make no mistake, while the purveyors of Fake News cry and spin the report as something other than a complete exoneration of President Trump, their allies in Congress will continue a new investigation with the conclusion already written accusing the president of wrongdoing. They are engaging in results-driven investigations that they hope will both entrap those demanded to testify while attempting to fool the American people with a new Democrat report to replace the Mueller report.

The American people are smarter than Congress and they understand that the haters in the Democratic Party are lying to the American people. Left-wing politicians just can’t let go of the fact that impeachment is lost and they are on track to lose again in 2020.