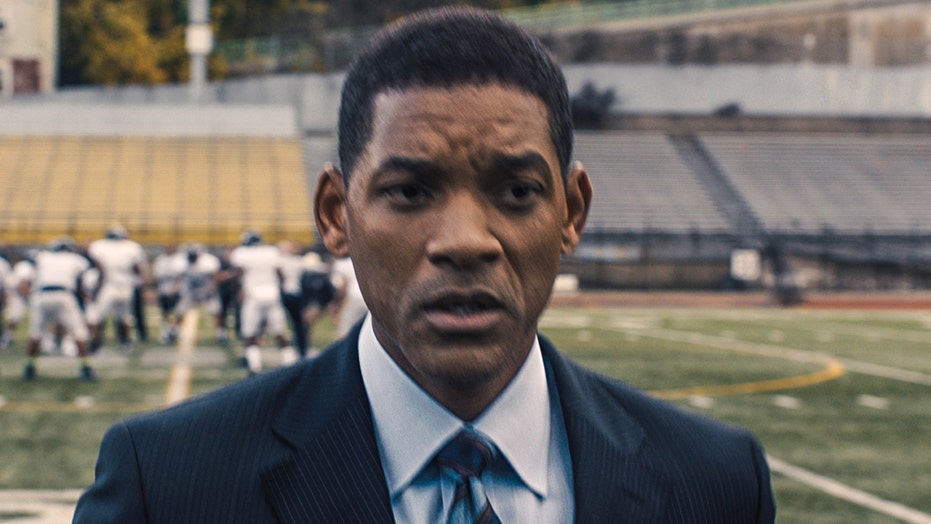 'Concussion' investigates the science concerning the condition known as CTE

In the new film “Concussion,” which opened in movie theatres across the country Christmas Day, Will Smith plays the part of Dr. Bennet Omalu, a pathologist who discovers a degenerative brain disease linked to contact sports. The disease is known as Chronic Traumatic Encephalopathy or CTE.

The film comes as concerns about the connection between football, concussions, and permanent brain damage are on the rise. Researchers with the department of Veterans Affairs and Boston University recently found signs of CTE in 96 percent of NFL players they’ve examined and in 79% of all football players.

Advanced imaging studies including special MRIs will soon reveal whether or not the disease is really this common, in the meantime one thing’s for sure, CTE is quite debilitating and afflicts football players and others in sports who receive repeated blows to the head.

Dr. Russell Lonser, professor and chairman of the department of neurological surgery at Ohio State is one expert who believes the problem is relatively rare. He led the team of researchers that found CTE on the autopsy of NFL linebacker Junior Seau’s brain. Seau tragically committted suicide in 2012, after repeated concussions while playing football.

Further, research in Texas has previously shown a connection between multiple concussions, damage to the outer lining of the brain (white matter), depression and anxiety. Lonser acknowledged this connection to me in an interview, though he emphasized that side effects of concussion and full blown CTE are two different things.

“Going from a concussion, or a mild traumatic brain injury, to some of the longer term effects that would include CTE, you have to keep in mind, there appears to be a very low frequency of that developing,” Lonser said.

Nevertheless Lonser joins the chorus of neurological experts who believe that concussions are dangerous even if they don’t always lead to permanent brain damage. He told me he would like to see changes on the gridiron beginning in high school that include a so-called “eye in the sky,” independent athletic trainers or neuro-consultants on both sidelines during games.

Since 2009, 49 states and the District of Columbia have instituted laws where high school football players who sustain concussions must be removed from play, and can only return if they have a medical clearance, but the extent of the law as well as the degree to which it is enforced varies from state to state.

Pro Football Hall of Famer and sports broadcaster Harry Carson, who played linebacker for the NY Giants in the 1970s and 80s and went to two Super Bowls, struggles with his own problems from repeated concussions sustained on the field. He says football is a team sport that builds character and camaraderie. He loves these positive aspects but warns that parents need to understand what kids are getting into when they suit up for violent sports like football. He said to me, “it’s up to the parent as to what they’ll allow their kids to do. Part of the reason that I’m so vocal is that I want parents to understand what they’re signing their kids up for. This is not about bashing football or about bashing the NFL.”

Of course the NFL still glorifies football, and its stars become role models for our youth. Carson believes that the long term consequences of concussions are still greatly underappreciated. He pointed out to me that a concussion can be missed – it is not always a result of a direct blow but can be cumulative. A player can feel nauseas or dizzy or fatigued or depressed or have problems forming thoughts without knowing exactly when the culprit hit occurred.

The brain tissue is stunned, but no evidence of damage may be found using current MRI technology. The player may feel better and go back out on the field too soon. Carson says he has met athletes who suffer a single bad blow to the head during a game in high school and are never the same again.

Carson believes that a concussion should lead to an extended grace period in high school and college sports before players can return to the game. Repeated concussions should keep a player off the field altogether. The current laws should be enforced and made stricter.

Whether CTE is common or not, a traumatic concussion is still very risky, especially in a developing brain. Hopefully, the film "Concussion" will raise awareness and less young people (and their eager parents) will take risks without knowing what they are getting themselves into. Once a brain is injured, the damage may not be reversible. All the sophisticated equipment in the world (including better helmets or a new neck brace currently being studied that slows blood drainage to provide an extra cushion against concussion) cannot sufficiently protect an athlete.

Harry Carson said it best. “Unfortunately, you can't really make the game safer, you know, you could put all the sophisticated helmets that you want on players, but again, the helmet protects the skull, it does not protect the brain.”