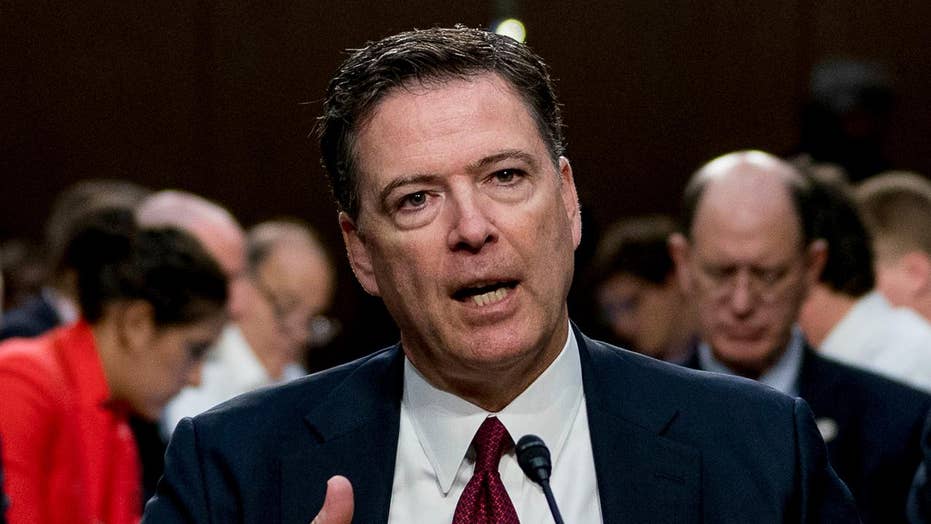 Comey: Collusion question will be answered by investigation

Make no mistake. After a buildup second only to the release of Adele’s “25,” James Comey’s testimony to Congress left Trump-haters weeping bitter tears – the same kind they wept the night he was elected.

Here’s the definition of collusion, which Trump’s enemies were confident Comey’s testimony would prove: “secret or illegal cooperation or conspiracy, especially in order to cheat or deceive others.”

The former FBI director was portrayed as the hero whose words under oath would bring down the president. His recollections of his nine meetings with Donald Trump would provide a path to impeachment. The 45th president’s stay in the White House was going to be the shortest since William Henry Harrison’s 31-day administration, once Comey was finished with him. And Harrison only left because he was dead.

Even looking at these accusations in the least merciful way, what do Comey’s accusations mean? That a sitting president “hoped” something would happen. Think LBJ ever expressed his personal desires in a closed-door meeting? That he demanded loyalty from someone who serves at his pleasure.

Finally, Comey charges that Trump told an untruth about him and the FBI. Anyone remember “You can keep your doctor?” How about, in the Paula Jones deposition, when Bill Clinton said: “I have never had …” Well, of course you remember.

Which is what, ultimately, led to Clinton’s impeachment. He lied under oath. So far, none of Trump’s remarks – let alone tweets – have involved oath-taking (and, in the case of his tweets, we can all be grateful for that).

The cable news catfights will doubtless go on for weeks, with each side hearing in Comey’s words what they want, or at least until Trump does something else unprecedented for a president, and starts a new news cycle. But based on what Comey told the Senate and the world, Trump need only plead to crassness, not criminality.

Collusion isn’t the shortest word, but its meaning is not complicated either. Trump’s understanding of how to be president isn’t complicated – some might call it simplistic -- but it’s not going to be the shortest, either.