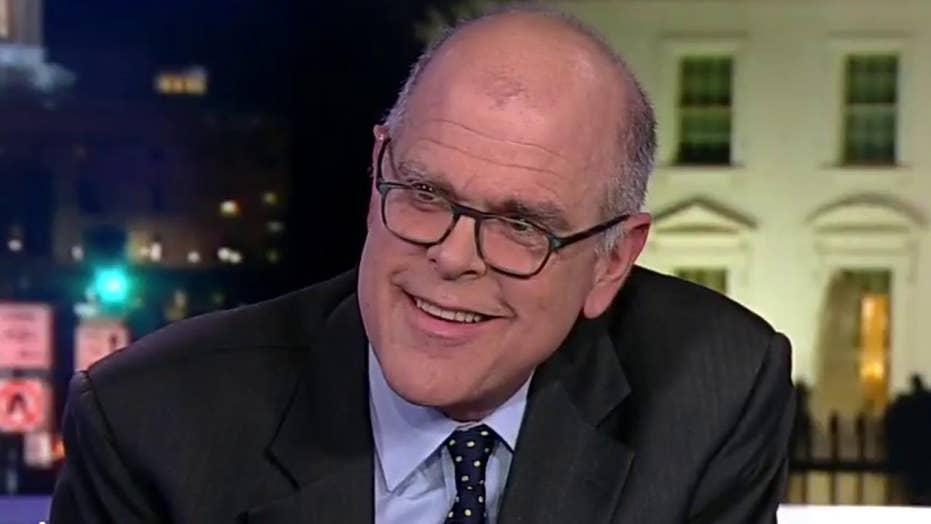 Christopher Caldwell examines the division that led us to impeachment

Christopher Caldwell, author of the book 'The Age of Entitlement,' says Democrats and Republicans have two different conceptions of what the country is about.

What could he have meant by that?

Though Americans are reluctant to admit it, the legacy of the 1960s that most divides the country has its roots in the civil rights legislation passed in the immediate aftermath of John F. Kennedy’s assassination. It was enacted in a rush of grief, anger and overconfidence — the same overconfidence that had driven Kennedy to propose landing a man on the moon and would drive Lyndon Johnson to wage war on Vietnam. Shored up and extended by various court rulings and executive orders, the legislation became the core of the most effective campaign of social transformation in American history.

This campaign was effective both for its typically American idealism and for its typically American ruthlessness. It authorized Washington to shape state elections, withhold school funds, scrutinize the hiring practices of private businesses and sue them. It placed Offices of Civil Rights in the major cabinet agencies, and these offices were soon issuing legally binding guidelines, quotas and targets. Above all, it exposed every corner of American social, business and political life to direction from judges.

Americans assumed that solving the unique and extraordinary problem of segregation would require handing Washington powers never before granted in peacetime. In this they were correct.

But they were also confident that the use of these powers would be limited in time (to a few years at most), in place (to the South), and in purpose (to eliminating segregation). In this they misjudged, with fateful consequence for the country’s political system.

Civil rights law may have started off as a purpose-built tool to thwart the insidious legalism of Southern segregation and the violence of Southern sheriffs. It would end up a wide-ranging reinvention of government.

This was the so-called “rights revolution”: an entire new system of constantly churning political reform, bringing tremendous gains to certain Americans and — something that is mentioned less often — losses to many who had not necessarily been the beneficiaries of the injustices that civil rights was meant to correct.

The United States had not only acquired two codes of rules (two constitutions), as people rallied to one code or the other, they also sorted themselves into two sets of citizens (two countries). To each side, the other’s constitution might as well have been written in invisible ink.

Civil rights became an all-purpose constitutional shortcut for progressive judges and administrators. Over time it brought social changes in its wake that the leaders of the civil-rights movement had not envisioned and voters had not sanctioned: affirmative action, speech codes on college campuses, a set of bureaucratic procedures that made immigrants almost impossible to deport, gay marriage, transgender bathrooms.

In retrospect, the changes begun in the 1960s, with civil rights at their core, were not just a major new element in the Constitution. They were a rival constitution, with which the pre-1964 one would frequently prove incompatible — and the incompatibility would worsen as the civil-rights regime was built out.

Our present political impasse is the legacy of that clash of systems. Much of what we today call polarization” or “incivility” is something more grave. It is the disagreement over which of the two constitutions shall prevail: the pre-1964 constitution, with all the traditional forms of jurisprudential legitimacy and centuries of American culture behind it; or the de facto constitution of 1964, which lacks this traditional kind of legitimacy but commands the near-unanimous endorsement of judicial elites and civic educators, and the passionate allegiance of those who received it as a liberation.

As long as the baby boom generation was in its working years, permitting the country to run large debts, Washington could afford to pay for two social orders at the same time. Conservatives could console themselves that they, too, were on the winning side of the revolution. They just stood against its “excesses.” A good civil rights movement led by the martyred Rev. Dr. Martin Luther King Jr. had been hijacked, starting in the 1970s, by a radical version that brought affirmative action and eventually political correctness.

But affirmative action and political correctness were not temporary. Over time they hardened into pillars of the second constitution, shoring it up where it was impotent or illogical, the way the invention of judicial review in Marbury v Madison (1803) shored up the first constitution.

The United States had not only acquired two codes of rules (two constitutions) —as people rallied to one code or the other — they also sorted themselves into two sets of citizens (two countries). To each side, the other’s constitution might as well have been written in invisible ink. Democrats were the party of rights, Republicans of bills. Democrats say, by 84 to 12 percent, that racism is a bigger problem than political correctness. Republicans, by 80 to 17 percent, think political correctness is a bigger problem than racism. The Tea Party uprising of 2009 and 2010, and its political mirror image, the Black Lives Matter uprising of 2015 and 2016, were symbols of that division.

Much happened this century to bring matters to the present boil. Barack Obama, both for his fans and his detractors, was the first president to understand civil rights law in the way described here: as a de facto constitution by which the de jure constitution could be overridden or bypassed. His second inaugural address, an explicitly Constitution-focused argument, invoked “Seneca Falls and Selma and Stonewall” — i.e., women’s rights, civil rights and gay rights — as constitutional milestones.

In this view, the old republic built on battlefield victories had been overthrown by a new one built on rights marches and Supreme Court jurisprudence. When Justice Anthony Kennedy wrote his decision in Obergefell v. Hodges, the 2015 gay marriage case that was in many ways the culmination of this new rights-based constitution, he said as much.

The election of 2016 brought the change into focus. Today two nations look at each other in mutual incomprehension across an impeachment hearing room. It appears we are facing a constitutional problem of the profoundest kind.

Christopher Caldwell, a contributing editor at the Claremont Review of Books and a contributing opinion writer for the New York Times, is the author of "The Age of Entitlement: America Since the Sixties" (Simon & Schuster, January 2020) from which this essay is adapted.