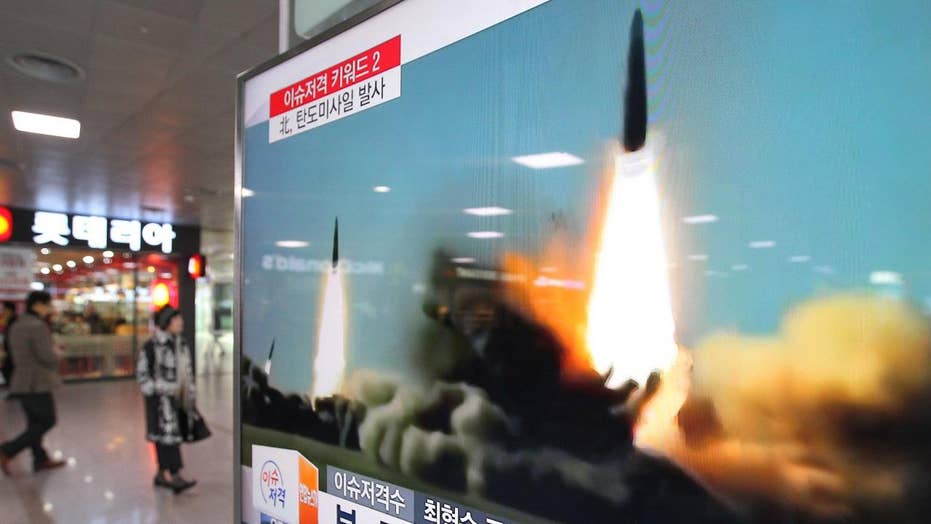 Will tougher sanctions have any effect on North Korea?

With few good options available to deal with the growing threat from North Korea’s nuclear and missile programs, the Trump administration scored a major victory on Saturday by getting the UN Security Council to unanimously impose the toughest sanctions ever on North Korea in response to its recent ICBM tests.

But as important as the new sanctions are, they will have little or no effect unless China fully complies with them and starts playing a much more active role in pressuring Pyongyang to cease its WMD programs and belligerent behavior.

The new UN sanctions reportedly will cost North Korean an estimated $1 billion – a third of its export earnings – mostly by filling loopholes in UN sanctions imposed last November that only put caps on iron ore and coal sales to China. The new sanctions outright ban iron ore, coal, lead and seafood exports from North Korea and increase banking sanctions as well as sanctions on North Korean persons and entities.

Mr. Trump’s blunt criticism of China’s inaction and the president’s indications that all options really are on the table may lead Beijing to reevaluate its North Korea policy.

While these may be the toughest UN sanctions ever imposed on North Korea, China and Russia blocked several tougher measures sought by the United States.  For example, the United States wanted to cut off Chinese oil exports to North Korea but Moscow and Beijing would not agree.  They also blocked stricter banking and commercial penalties.  In addition, because of Chinese and Russia opposition, the new sanctions bar North Korea from sending more workers abroad but North Korean laborers already working abroad – including many in China and Russia – won’t be sent home.  Similarly, only new – not existing – foreign investment and joint ventures in North Korea are banned by the sanctions.

While these shortcomings are significant, the main factor that will determine whether the new sanctions succeed is China.  Will China cooperate?  Will Beijing step up pressure against Pyongyang like it has never done before?

A major reason prior UN sanctions failed to have the intended effect on North Korea is because China failed to abide by them. China’s trade with North Korea increased in the first quarter of 2017 by 37 percent and its iron ore imports from the North grew by 270 percent despite UN sanctions imposed on the Hermit Kingdom last November.  China’s violations of these and other UN sanctions provided Kim Jong Un with billions of dollars in hard currency that he spent on about 84 missiles tests since 2012 – including 17 in 2017 – and three increasingly powerful nuclear weapon tests.

Although there have been recent reports that North Korea may have an operational ICBM and an H-bomb within two years, no one outside North Korea (except maybe the Iranians) knows exactly how advanced these programs are.  However, Beijing, like the rest of the world, is worried about the rapid progress of these programs and knows they are on a dangerous trajectory that could spark a major war, possibly by miscalculation.

China also knows that unlike Barack Obama, who preferred doing nothing about difficult international problems and kick them down the road to the new president, President Trump sees North Korea’s WMD programs and its repeated threats to attack the United States as an intolerable situation that need to be addressed now.  Mr. Trump’s blunt criticism of China’s inaction and the president’s indications that all options really are on the table may lead Beijing to reevaluate its North Korea policy.

As it has done so many times in the past, China today made the absurd claim that the United States bears some responsibility for tensions with North Korea and that these tensions could be reduced if the U.S. dropped joint military exercises with South Korea and withdrew U.S. troops from the South.  But China’s foreign minister also had “an intensive conversation” with his North Korean counterpart Monday and publicly warned North Korea to “not violate the UN’s decision or provoke the international society’s good will by conducting missile launching or nuclear tests.”

This is a good start that I hope indicates China’s willingness to finally get tough with North Korea and stop violating UN sanctions.  If North Korea defies these sanctions, the United States should demand imposing the tougher measures that Moscow and Beijing refused to include in them.

The Trump administration should follow up with additional sanctions against North Korea outside of the UN and closely monitor sanctions compliance, especially by China.  Any Chinese cheating on these measures should result in U.S. sanctions against the Chinese firms and persons responsible.  The Trump administration should also continue to develop military options, pressure South Korea to deploy the THAAD missile defense system, and put on more shows of military force in the region.

The clock may be ticking down to a military conflict with North Korea.  Hopefully Beijing realizes that strong and unambiguous Chinese pressure on Pyongyang may be the only way to prevent this from happening.