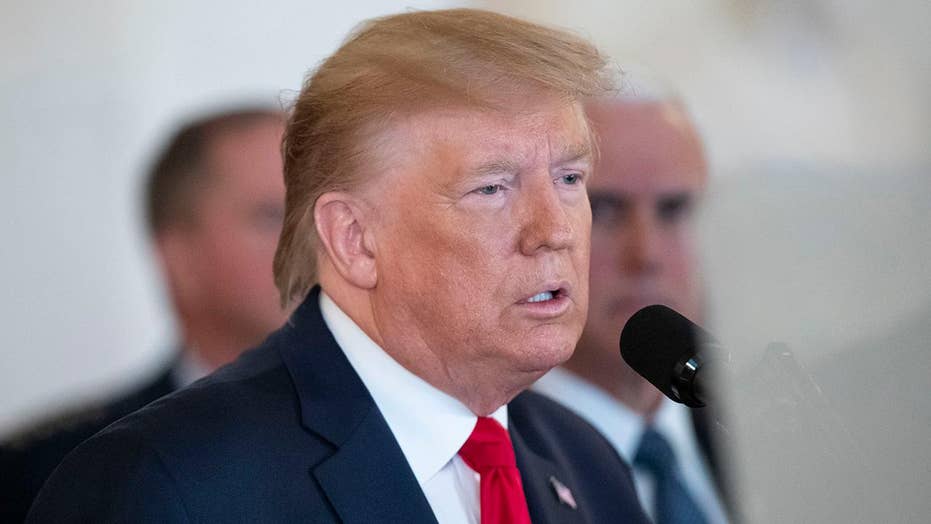 Over the past week, the American people have been told that our president’s actions in Iraq towards Iran were pushing us into another war in the Middle East.

The House of Representatives even approved a largely symbolic measure Thursday night to limit the president’s authority as commander-in-chief.

Hashtags for “World War III” and “draft” started trending online as millennials worried about conscription, prompting the New York Times to write an article on the subject.

Time magazine even published a guide to help parents ease their children’s fears regarding the situation.

Somewhere in the hysteria are lessons for both sides, lessons memorialized over two-thousand years ago during the Warring States period in ancient China.

I found out about the death of Iranian commander Gen. Qaseem Soleimani along with the rest of the world. My reaction was personal. I didn’t celebrate. I didn’t cheer. I didn’t gloat.  Instead, I remembered.

I remembered driving the road where he was killed. I remembered the time I spent at the recently besieged U.S. Embassy in Baghdad. And, I remembered the friends I lost to IEDs, particularly to the Explosively Formed Penetrators, or EFPs.

I remembered that Gen. Soleimani led the effort that resulted in the deaths of my friends.

Iranian political and military leadership, including Gen. Soleimani, neglected one of the most ancient maxims in the history of warfare: know thy enemy.

President Trump is not the type of American politician to which Iran's leaders had become accustomed over the past 40 years. This president actually did what he said he would do. U.S. policy vis-à-vis Iraq, Iran and the greater Middle East changed with the new administration.

In formulating their response, it appears Iranian leadership opened a copy of Sun Tzu’s “The Art of War” and took its lessons to heart.

The capabilities of U.S. intelligence services and military forces, particularly special operations, have grown and evolved exponentially since 9/11. We’ve had almost two decades of constant warfare to learn and adapt. There are a variety of options on the table in dealing with Iran that were not available forty years ago.

The current administration has stated they are not interested in nation-building, regime change or getting pulled into another war in the model of an Iraq or Afghanistan.

What options does that leave?

Iran put serious thought into that question before they launched missiles into the Iraqi desert this week.

Recognizing the opportunity presented in Iraq following the U.S. led invasion in 2003, Iran set its sights on facilitating an eventual U.S. withdrawal. Their weapon of choice was the EFP.

A basic and effective weapon, EFPs consist of pipes, explosive chains, and metal plates that, when detonated, turn into molten slugs or “penetrators.”  The high-velocity force of the charge enables them to slice through armored vehicles like butter.

They were smuggled into the country from Iran across centuries-old ratlines, predominately to Shiite militias and Badr Brigade splinter groups. Their ability to defeat the world’s most technologically advanced armor challenged U.S. superiority on the battlefield and would kill and maim scores of our servicemen and women.

For a minor investment in personnel and material, Iran was able to wear down American resolve for a war with no clear end in sight.

This rudimentary, inexpensive, and relatively small tactical weapon gained strategic significance, so much so that my primary mission as a Task Unit Commander in the most heavily Iranian-influenced section of Iraq throughout the tumultuous withdrawal of U.S. forces was to pressure the enemy threat network, which is a polite way of saying our mission was to dismantle and destroy Iranian-backed IED cells facilitated by Gen. Qaseem Soleimani.

More recently Iran has been pushing the limits to find out where the Trump administration would draw the line. They shot down a U.S. UAV, attacked oil tankers in the Strait of Hormuz, and were behind the Saudi Aramco drone strike.

They then escalated tensions through their actions against coalition bases in Iraq culminating with the attack on the U.S. embassy in Baghdad. With the events of Benghazi still fresh in memory and images of the 1979 takeover of the U.S. Embassy in Tehran forever burned into the American psyche, Iran found just how far they could push. The line in the sand for the Trump administration is the killing of U.S. personnel and attacking a U.S. Embassy.

After finding this red line, the leadership in Iran responded to the targeted killing of one of their top generals in a way that would allow them to save face domestically and in the greater region without bringing about their demise by provoking a massive U.S. military response.

Soleimani was an enemy combatant who had effectively been at war with the U.S., Iraq, and Israel since 1979. He was instrumental in building, supporting and directing proxy forces with international reach whose tactics relied heavily on instruments of terror.

He was targeted by the U.S. not just for what he had done, but for what he was planning to do as a clear and present danger to U.S. diplomats, soldiers, citizens and U.S. interests abroad.

Taking him off the board is a significant blow to a regime that is pursuing a policy of cold war-type proxy military actions against Western nations, Israel, and Saudi Arabia, while continuing to fill the vacuum left in Iraq after the ouster of Saddam Hussein.

There have been times in our history when the U.S. has responded to attacks as what Mao Zedong famously labeled “a paper tiger.”

There have also been times when we have fought in a way that caused Soviet Premier Nikita Khrushchev to remind the world that, "the paper tiger has nuclear teeth."  Which America is the Iranian regime going to encounter if they continue to rattle the cage? They would be wise to know their enemy.

Jack Carr is the #1 New York Times bestselling author of "The Devil’s Hand" and host of the "Danger Close Podcast." He is a former Navy SEAL task unit commander and sniper with deployments to Afghanistan and Iraq.  Visit him at officialjackcarr.com and follow along on Instagram, Twitter, and Facebook at @JackCarrUSA.