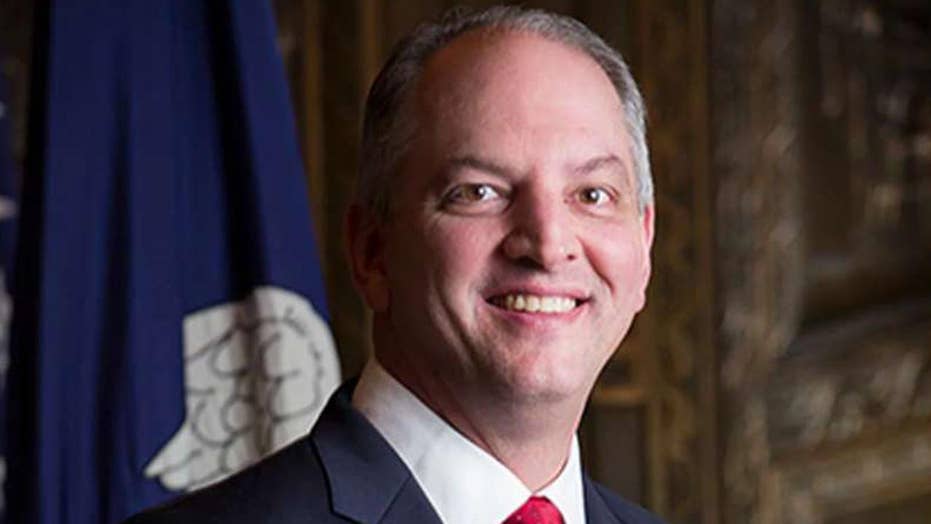 On occasion, I like to engage in the very trendy American activity of “connecting dots.” While Malcolm Gladwell of The New Yorker famously warned us back in 2003 about the risk of such activity, it is, nonetheless, sometimes appropriate and always a bit fun.

Last week, two seemingly unrelated events took place. I believe the two are, in fact, connected, and could indicate an upcoming schism in the Democratic Party.

In Louisiana, Democratic Gov. John Bel Edwards signed into law a “heartbeat” abortion bill. The fetal heartbeat abortion ban applies to pregnancies as early as six weeks and provides exceptions only for “medically futile” circumstances. The bill does not include exceptions for pregnancies stemming from rape and incest.

Edwards did run for governor as a pro-life candidate but this bill is at the far north end of abortion restrictions and certainly runs contrary to Democratic ideology.

Meanwhile, across the country in Nevada, Democratic Gov. Steve Sisolak gambled a bit and vetoed a bill passed in the Legislature and supported by the organization National Popular Vote. The bill would have made Nevada part of a compact of states agreeing to give their electoral votes in a presidential election to the overall national vote winner, regardless as to how the people of Nevada may have voted.

I have previously written about the inherent risks to our nation of abandoning the Electoral College and turning over our governance to the tyranny of the majority. Mob rule is almost a plank in the Democratic Party platform.

Why are these two seemingly unrelated events related in my mind? I believe they are a sign that some members of the Democratic Party are recognizing that the rapid radicalization of the party that is taking place is posing a risk in terms of alienating mainstream American voters in general, and moderate Democrats in particular.

Regarding abortion, which has been front and center in the news cycle for the past month with a number of states passing very restrictive laws, recent Marist polling shows that not only do American split about equally in terms of identifying as pro-life or pro-choice; 80 percent of Americans favor limiting abortion to the first three months of pregnancy. The trend is shifting toward pro-life, with those identifying as Democrats leading the way.

States recently sanctioning very late-term abortions, like New York and Illinois, do not reflect the typical Democratic voter. They are reflecting a very militant and aggressive movement within the party that appears hellbent on attacking traditional Western Civilization values and replacing them with those of cultural Marxism.

There has been a butterfly effect at work since the stunning (to some) victory of Rep. Alexandria Ocasio-Cortez over incumbent Joe Crowley in New York’s 14th Congressional District Democratic primary last year and her subsequent win in the general election. Since she flapped her socialist wings, a tsunami effect has swept over the Democratic Party with a field of now over 20 presidential candidates all trying to out-Marx the other.

Socialist-mania has been spreading like a viral YouTube video. A recent Gallup survey indicated that 43 percent of Americans think socialism would be a “good thing.” A result like this would have been unimaginable a decade ago. It is tragic that Gallup cannot conduct a test of those responding to the poll to first determine if they actually understand what socialism is and what it leaves in its wake.

Last week’s featured issues, along with others, are indicative of what the socialist movement is about. Unrestricted abortion is a means by which to devalue human life so as to make choices regarding the disposing of people’s lives generally easier. Eliminating the Electoral College is a way to fundamentally deconstruct the foundation of the United States to make it easier to completely disassemble. AOC’s Green New Deal is a socialist economic strategy to level the United States globally and to redistribute wealth.

All of this is radical, and it appears, as I connect dots, that some Democratic leaders are starting to recognize the peril.

These two Democratic governors need to be commended for their courage. Standing up against your party and making a stand for what is right isn’t easy; just ask most elected Republicans in Washington. During President Trump’s first two years in office, when Republicans had control of both Houses of Congress, they were unwilling to stand with him and take strong action to address critical problems created by past excess.

Edwards and Sisolak showed no such apprehension last week.

There could well be a civil war coming inside of the Democratic Party. There are a host of traditional Democratic positions with which I disagree but with which I can certainly have a reasonable debate. In the context of the American Constitution, a traditional Democrat and I can argue the proper role for government in education, the right amount of social welfare support that can be provided, and just how much power and preference ought to be granted to labor unions.

These are the kinds of reasonable debates we have had over the past 100-plus years without either side ever considering for a moment that the United States being chloroformed was the answer.

Now, inside the Democratic Party, the butterfly effect has produced a powerful movement that is determined to have the revolution that Marx foretold. The United States, unlike 1917 Russia, is a mature capitalist country. There are Democrats who feel this is their moment. In their mind, the United States is ready. They are ready.

But some of their leaders are not. Let us find ways to send reinforcements to governors and other elected leaders like Edwards and Sisolak so that they might be able to hold off the threat from within. Our job as conservatives is clear: To fight the Marxist-Democratic threat from without.

Charlie Kirk is the author of the upcoming book, “The MAGA Doctrine: The Only Ideas That Will Win the Future” (Broadside Books, March 3) and host of "The Charlie Kirk Show."