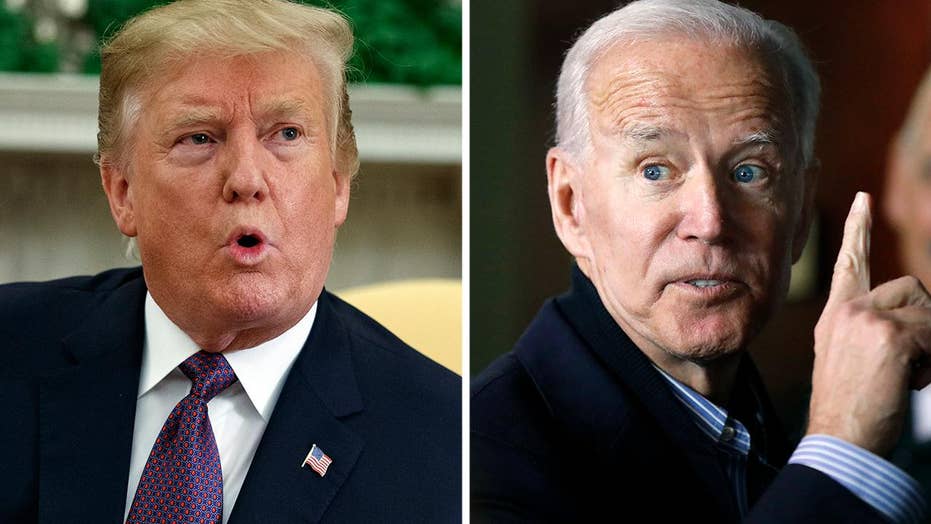 What do the numbers reveal about the 2020 campaign climate? Chris Wilson breaks it all down.

President Trump is falsely portrayed as evil, ignorant and incompetent in much of the news and entertainment media. Liberal college professors look down their noses at him. An army of left-wing special interest groups claim he’s just about the worst president in U.S. history. Yet he remains popular – including among young people.

This is higher than rock star and media darling President Barack Obama enjoyed at the same time during his first term.

LIZ PEEK: TRUMP VS BIDEN MAY NOT BE THE MATCH DEMOCRATS ARE HOPING FOR

This must be befuddling to the people who have worked so tirelessly to tear Trump down. Even more disappointing for them, the Zogby Poll shows Trump is doing well among young people.

Young people have been particular targets of the round-the-clock anti-Trump disinformation campaign – but are too smart to fall for it. I know this from personal experience as a 25-year-old.

On top of this, people in my age group are told that being pro-Trump, conservative and Republican is not cool – only out-of-touch older people fit this profile. Those old folks simply don’t understand the modern world and cling to outdated views of the world as it was long ago, the anti-Trump propaganda machine tells us.

And the anti-Trump message we’re being force-fed is often mixed in with an anti-American message. Instead of portraying the U.S. as the greatest nation on Earth – a beacon for freedom and a force for good – liberals in the classroom, the media and society work overtime to convince us that America is an imperialist oppressor, exploiting the poor and destroying the planet’s environment.

Young Americans are being bombarded with lies – especially by educators and social media activists – alleging that our country is plagued by white privilege, unconscious bias, the wealthiest 1 percent getting richer at the expense of everyone else, xenophobia, and the exploitation of workers. We are told injustice, intolerance and sin are hallmarks of America today.

If this nonsense were all true millions of Americans would be fleeing our country for better places to live. Mexico would be building a wall to keep out desperate U.S. refugees escaping the Trump nightmare, begging for asylum.

Young Americans are being bombarded with lies – especially by educators and social media activists – alleging that our country is plagued by white privilege, unconscious bias, the wealthiest 1 percent getting richer at the expense of everyone else, xenophobia, and the exploitation of workers.

But as we all know, massive numbers of people from other nations continue to come to the United States – even if they have to break the law to do it. Why? Because President Trump has – if I may borrow a phrase – made America great again.

As a millennial and strong supporter of President Trump, even I was surprised by the support he enjoys among young people, as revealed in the Zogby Poll.

The reason I was taken aback is not because I view my generation and the Gen Z folks (born between the mid-1990s and the mid-2000s) as being some sort of aberrational creatures who defy behavioral description.

I have written on many occasions that today’s young people, when viewed properly, take on many of the characteristics of humans. Sure, we’re rebellious, we’re different from our parents, and we strike older generations as being a sign of the apocalypse. But this is the case with every up-and-coming generation.

Earlier generations that embraced Elvis, the Beatles and MTV horrified their parents – but they didn’t ruin America. We won’t either.

Why hasn’t the wave of anti-Trump propaganda destroyed the president popularity overall, and among young people in particular?

President Trump’s many accomplishments in office – especially our incredibly robust economy with a gross domestic product growth of over 3 percent – are starting to allow young voters to taste the fruits of the president’s wise leadership. They like the taste and their approval is reflected in the Zogby Poll.

No group of voters has benefitted more than young ones during President Trump’s time in office.  With an overall unemployment rate of only 3.6 percent and virtually every component measure of that number improving, the job prospects for young people – no matter what their level of education – are the best in many decades.

The positive changes being experienced by my age group have been hard-fought on the part of President Trump. He has received opposition not just from Democrats, but from some in his own party, while he fights on to improve the lives of all our people.

Still, despite that struggle, it has been easier for the president to do things to help young people than it is to get young people to appreciate what he has done.

Unfortunately, the anti-Trump propaganda machine is not shutting down anytime soon and young people remain a prime target. With more than 20 Democrats seeking their party’s nomination to run against Trump in 2020, and with Democrats in Congress determined to investigate Trump endlessly, there will be no shortage of attacks against the president.

But young people are not stupid. We will not fall for the myth that socialism is the wave of the future – a myth that revolutionaries successfully peddled in Russia 100 years ago and in many parts of the world since then. Disaster followed in every country that embraced the failed ideology of Marxism.

Young people must continue to compare results to rhetoric in order to make a good choice in the voting booth in 2020. If we do that, support for President Trump will only grow.