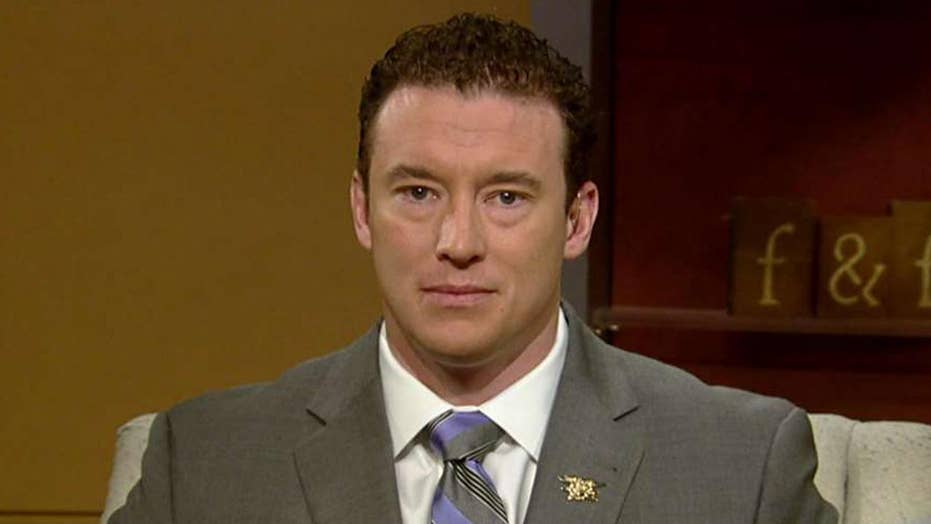 Carl Higbie: How Trump can stop the leaks and clean house

There is not a soul in the political world that can question my unwavering loyalty to President Trump over the last two years. While there are things I would have done differently, I have been a fierce defender of him and his agenda. I have not been paid, or promised anything, but rather, I believe that Mr. Trump can put America on an unprecedented path to success. I must state, that my conclusions here are based entirely on the same information available to the public. I have derived most of my opinions straight from the fire hose of “anonymous sources.”

While my loyalty to President Trump remains steadfast, the same does not apply to some of his staff who are failing him, some of whom are obstructing his agenda and the promise to Make America Great Again.

I have endured thousands of interviews, many hostile, while trying to justify the short comings of White House staff leaking, failing and at times defying the wishes of the Oval Office.

The most important thing is to stop is the leaking. Leaks are quickly becoming a matter of national security and an issue causing longtime allies like the UK’s MI-5 to lose trust in our government.

You must have a chief of staff who has unilateral authority and the desire to address this. Which leads us to Reince Priebus, whom I personally respect, but who was brought on for one reason; to bridge the gap between Trump’s antiestablishment campaign promises and the entrenched Washington, D.C. elite.

Reince failed his first test, with the still flailing promise from the campaign trail of repealing and replacing ObamaCare.  In its current form it will likely not pass the Senate.

Reince lacks the ferocity to give firm direction to his team and lacks the commitment to a president who was essentially elected to over throw the very establishment for which Reince held the chairmanship. This seat would be best suited for a Corey Lewandowski or the like. There can be no doubt that Corey, with a reputation of fierce loyalty to Trump, can be abrasive, but no one can doubt his effectiveness. I would bet that within 30 days the leaks would stop.

The next most critical issue is Trump’s communication team. Now holding two roles (communications director and press secretary), Sean Spicer has the worst job in the world.

I know Sean and think he is a remarkably talented strategist and even better man, but he is not the right spokesman for President Trump.

President Trump needs a media savvy charismatic loyalist who has worked in Washington, who believes in his agenda whole heartedly and is willing to emotionally invest his or her self in articulating the Trump vision, while simultaneously taking on the Republican Party.

In theory, shaking up the communications team in this way gives the White House a unique ability to reposition for a new direction. They could change the White House briefings to two days a week for open questions to the press secretary and three days a week for issue based briefs with a representative from the respective department.  Let the experts address policy questions and articulate specifics. Use this momentum to train the press.

The Trump administration owns that podium and while at this point the press will likely report whatever they want, regardless of what is said, the White House could at least focus the coverage on issues near and dear to the administration.

They could also use this as an opportunity to institute new rules.  For example, once a question has been addressed and it’s been established that “we have nothing more on that,” the next reporter who asks the same question would conclude the press conference. This allows reporters to hold each other accountable and creates tension amongst them, breeding a respect for whomever is behind the podium.

It is time for President Trump to go on the offense and stop being reactive.

President Trump ran against the Washington establishment and they are still working against him still.

Much like during the 2016 election, they should fear him and in turn, if they don’t support his agenda, he should put them in the hot seat.

President Trump needs to make it known that it is Congress’s fault that Americans are suffering because they refuse to do their job.

If you threaten their chance for reelection, they will magically start getting stuff done. Trump should wield his 31 million follower Twitter account and do the same.

I would be remiss to finish this piece without any criticism of Donald Trump himself. Intended with the utmost respect to the president, he needs to address some things personally.

First, he needs to make a practice of having someone, anyone, in his communications department review his tweets, before hitting send. This is not to censor him, but to keep his team in sync with the rapidly moving tempo.

Second, he needs to define son-in-law Jared Kushner’s role and let him address it personally… with the public. He has an extraordinary amount of influence and responsibility. While I don’t doubt his competency, as close as I am to the Trump team, I have never even heard him speak, nor do I know his thought process. The American people are curious and many are concerned; this will put much of that to rest.

Ultimately, the goal is to accomplish the Trump agenda and second, for people to trust the Trump administration.

Right now, neither is happening, but this doesn’t have to be the case. I maintain my steadfast support for President Trump, but he must run his administration like he ran his campaign and be willing to run over those who stand in his way.

Carl Higbie was a Special Operator with SEAL Team Ten, Echo Platoon. He deployed twice in support of Operation Iraqi Freedom. His most recent book is "Enemies, Foreign and Domestic: A SEAL's Story."