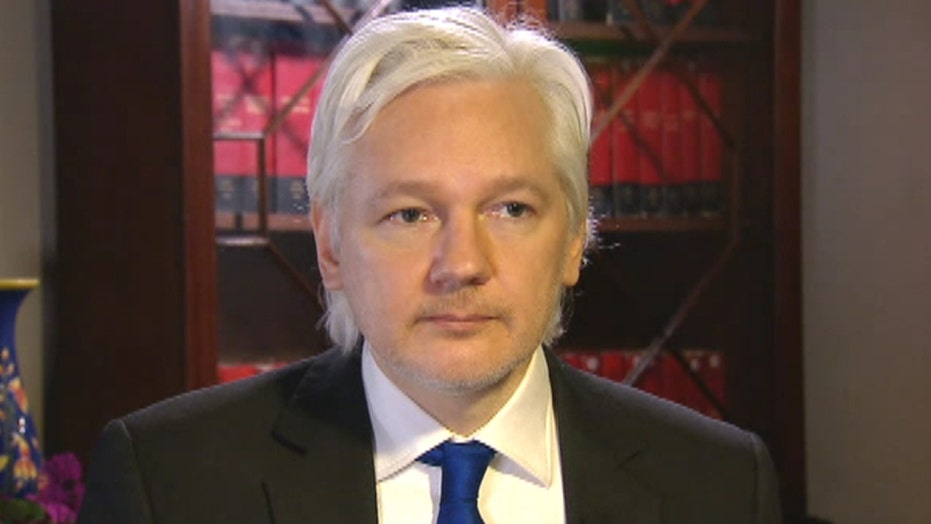 Assange tells Hannity: Russia was not our source

It just so happens I live with two 14-year-old boys, my sons.  Both are extremely tech savvy, unlike Dad.  So I thought I’d ask their opinion about Assange’s assertion.

At 10, they created YouTube videos teaching how to use Rainbow Loom, a popular toy for kids that age.

They attracted half a million views and earned $450 from Google AdWords.

My wife and I tried to get them to do household chores for allowance money.

“We have our own money,” they told us.

EA.com actually flew them to their developer’s conference in Orlando this past summer.  They were the only kids that age at the event.

The boys also participated in the “12 Days Of Hoopin’” promotion EA did this past December.

One of them is redesigning my website and the other does video editing for clients of my business.

So let us stipulate that these boys are capable of answering my question about Assange.

“We hack stuff,” one son said (his name is omitted for legal reasons). “Just games, though.  Not email.”

“There are definitely teens who could hack into email,” his brother assured me.  “It’s not that hard.”

“Phishing can look real,” said his brother.  “You have to be careful who you give your password to.  Did the guy give someone his password?”

I said I didn’t know, but there were reports that Podesta had actually used the word “password” as his password.

Both boys shook their heads disdainfully.

“Nobody’s that dumb,” one said.

I then mentioned that Huma Abedin had emailed Hillary’s iPad password, in its entirety.

“A kid would never do that,” the other boy told me.

So how do you keep your email from getting hacked, I asked.

“There’s a program that automatically changes your password every five minutes,” the first boy said.  “It’s a pain because you keep having to log in with a new, totally random password.  But you’re secure.”

His brother nodded.  “There’s another program,” he said, “that lets you try 1,000 passwords at a time if you’re trying to get into someone’s email account.  Eventually you’ll get in.”

“That’s right,” said the first one.  “So a 14-year-old could definitely hack into someone’s email.  Either by phishing or with that program or some other way.”

“We would never do it,” they chorused, as if they thought my line of questioning was intended to catch them as the actual sources of the Podesta emails (which they are not).

“But people our age could.”

With that, the boys grew tired of the conversation and returned to their laptops, where they mostly watch YouTube videos when they aren’t creating their own stuff.

So Assange is right, ladies and gentlemen.

The question I ask myself is this:  weren’t Podesta and the Democrats aware of the embarrassment caused by the Sony hack two years earlier?

Hackers released a cascade of corporate email disparaging the character of the stars, of Sony executives, even of President Obama.

The lesson I took from the Sony fiasco – actually, it’s something I’ve always tried to live by – is that if you don’t want other people to know something, don’t put it in an email.

So if Hillary and Company read the paper and knew about the Sony hack, did they think they could disparage their donors, their team members, and everyone else and somehow think that stuff would never, ever come to light?

Wouldn’t somebody with a book deal and a bad attitude want to publicize those emails?

Or some disgruntled staff member?

The President-elect famously eschews email, for these very reasons.

He tweets a lot, but the whole thing with tweeting is that you want people to see your stuff.

Take it from my kids.  Your email is vulnerable, no matter what you do.  So stop worrying about security because ultimately, the only security you can have is the knowledge that you didn’t put anything scurrilous or embarrassing into an email in the first place.

And then if you do get hacked, you have nothing to hide.

If the Democrats had kept that in mind, they might have won.