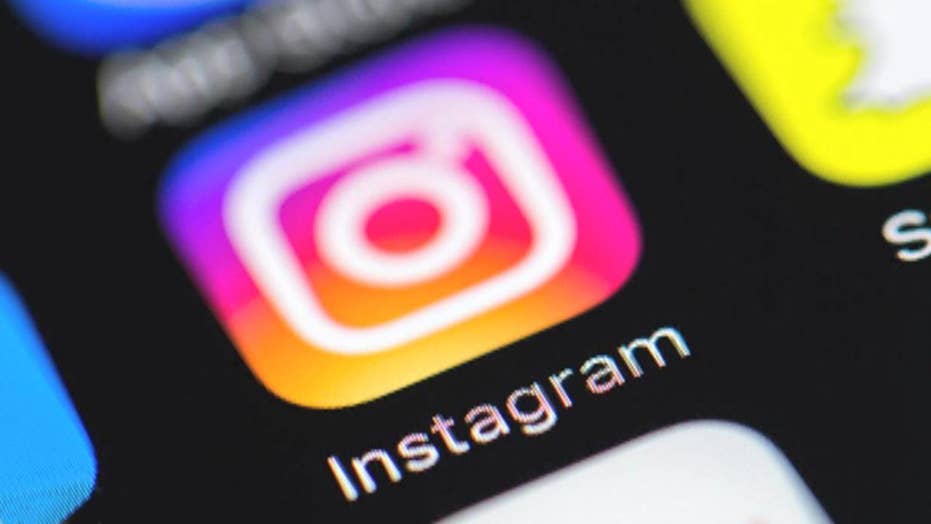 Fox Business Briefs: Instagram is rolling out 'activity status' in direct messages which will allow users on IOS and Android see the last time you were online and using the app.

Instagram is implementing a trial change later this week. Starting in Canada, users will no longer be able to see the “like” count on pictures of people they follow.

File this under one small step for Instagram. One giant leap for the moral fabric of mankind.

This step towards deemphasizing superficiality is absolutely necessary for combating insecurities and emerging mental health issues for our society—particularly among millennials and younger generations.

Before every social media “influencer” melts down into a puddle of tears, relax. “Likes” as symbolized by a heart on the app, will still exist for the vain and financially driven account owners. But for the permalink pages and profile views of others, they will disappear.

To be fair, there is a reason for those who make a living off social media to feel concerned. Quite frankly, it’s a lucrative business. A marketing agent once told me that popular reality show contestants like those who appear on “The Bachelor” and viral YouTube stars can make upwards of $15,000 to $30,000 per sponsored post.

However, we are far from the end of an era. Influencers (please let us retire that ridiculous label along with visible “likes”) can still report directly to the companies hiring them with their analytics. This actually forces users to have real followers while eliminating the alarmingly common trend of purchasing followers for popularity. Have you ever come across that “model” on the Instagram search page whom you’ve never heard of but she somehow has 50,000 likes? She’s shaking in her boots right now.

Countless times, I’ve decided not to post a photograph of a truly memorable occasion because, quite frankly, I thought, “this won’t get many likes.” There was a time in my twenties when all of it, shamefully, mattered too much.

Not only does this move by Instagram guarantee that sponsored posts and ads may actually have authentic views over paid-for engagement, but it also promotes a healthier landscape.

How do I know this? Because the pervasive competitive feeling to matter on the Instagram app has affected my psyche as well.

Countless times, I’ve decided not to post a photograph of a truly memorable occasion because, quite frankly, I thought, “this won’t get many likes.” There was a time in my twenties when all of it, shamefully, mattered too much.

Clickbait journalism finds, and constantly scours the web, for its victims, even among its own industry.

When headlines seemed to track my every opinion, move, relationship or mistake, I defiantly sought to shape and control it. What resulted wasn’t happiness. It was only a nagging feeling of desperation to find worth in a virtual world that truly has no worth.

Working in media, it’s a constant struggle to prove the strength of your ratings and brand. Somewhere along the line, many in the industry convinced themselves that they need Instagram and Twitter to maintain employment. In reality, neither of those apps create tangible click-impact or value to the stations, networks, and websites employing you.

Case in point of the frivolity? Twitter. A recent Pew Research Center study found that only about 10 percent of Twitter’s users account for 80 percent of the tweets.

Roughly, these users tweet 138 times per month, while the median Twitter user tweets a whopping…two times a month.

Basically, Twitter is the embodiment of an echo chamber, and yet still, we use it. But Twitter’s CEO Jack Dorsey admitted at a TED conference just last month that if he were to invent the app all over again, “I don’t think I would create ‘likes’ in the first place.” Dorsey added the follower count would not factor as prominently on the app, either.

Even the British Royals are taking a new stand on social media. Prince Harry and Meghan Markle, the Duke and Duchess of Sussex created an Instagram account last month. Breaking from protocol they unfollowed all other royals. Instead, the couple declared in a new post they are only following organizations that work to “promote mental well-being, mental fitness, body positivity, self-care, and the importance of human connection.” In the U.S., May is Mental Health Awareness Month, whereas Mental Health Awareness Week runs from May 13 to 19 is in the U.K.

In a political-divisive Trump era where it’s en vogue to express personal hatred and exude vitriol on social media, there’s a sadistic irony in how much we value the meaningless “like” on the same platforms.

Kudos to anyone trying to improve the impressions and change the conversation.