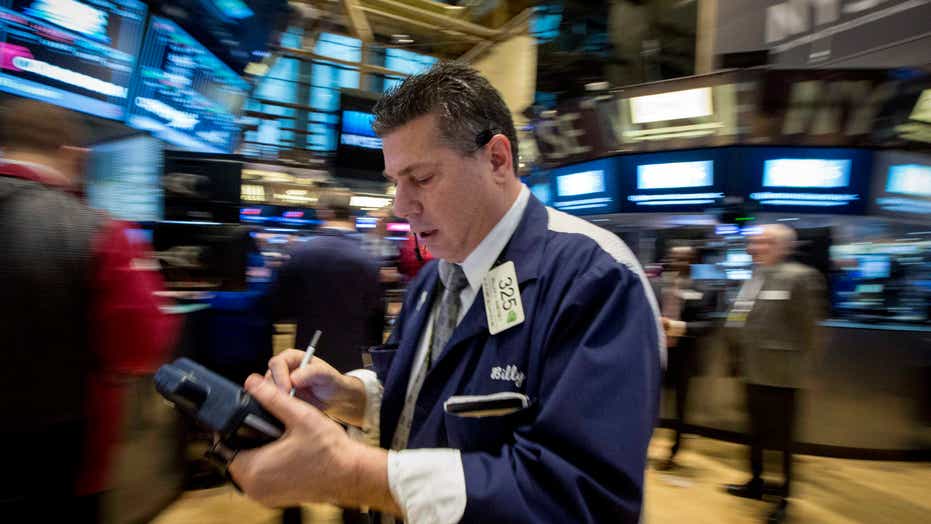 Fox Business Senior Correspondent Charlie Gasparino on Fannie Mae shares falling as traders cash out and why traders are betting on the outcome of the AIG bailout trial.

LONDON -- They called it "Question Time," borrowing the term from the prime minister's weekly appearance in the House of Commons, but this was surprisingly and refreshingly different.

The U.S. could benefit from the British system of shorter campaigns, which would decrease costs and might enhance voter interest.

On Thursday, the three main candidates for prime minister -- David Cameron, Ed Miliband and Nick Clegg -- one by one appeared before an audience of voters at the Leeds Town Hall where for a half-hour voters asked them informed, pointed and detailed questions. The host, the BBC's David Dimbleby, called for questions and occasionally followed up, but mostly voters drove the program. Two of the candidates were called liars right to their faces. In the U.S., we may think our candidates liars, but we rarely have a chance to call them on it.

The U.S. could benefit from the British system of shorter campaigns, which would decrease costs and might enhance voter interest.

The British complain that they are tired of this long campaign, which has lasted just five months. They should consider what Americans have to put up with -- year-around election cycles that never seem to end.

Betfair, the wagering website that has a good track record of correctly predicting election results in the UK and the United States, forecasts a 90 percent chance of a hung Parliament, meaning no party will gain enough seats to form a government. If that happens, it will spark a round of high-stakes horse-trading, as the disparate parties try to cobble together a ruling coalition.

Because the UK does not have a “written” constitution, something called The Cabinet Manual directs what is to happen in such an eventuality:

"If no single party has an overall majority, there are three main options for the sort of government that could be formed. A formal coalition, made up of two or more parties which usually includes ministers from more than one party; an informal agreement, in which smaller parties would support a government on major votes in return for some concessions; or a single-party minority government, where the biggest party goes it alone and tries to survive vote-by-vote supported by a series of ad hoc arrangements."

The latest coalition government is the current one.

In the final days before the May 7 election, the major parties are seeking to out-promise each other on what they will do if elected. These promises range from improving the National Health Service (Cameron), cutting taxes (Cameron), reversing tax cuts for "the rich" (Miliband) to promising no coalition government that includes the Scottish National Party (SNP) (Miliband). Last year the SNP lost a referendum to secede from the UK, but it is expected to win every contested parliamentary seat in Scotland come election day.

The fear factor is also coming into play with Home Secretary Theresa May saying a voter deadlock would expose Britain to terror attacks because Parliament would be unable to pass needed revisions in its anti-terrorist laws, revisions the SNP opposes.

As in U.S. elections, turnout, not so much the credibility of politicians, will be key. If the BBC event is any indication, a lot of voters here have become hardened skeptics when it comes to promises from their politicians. Again, not much different from how Americans view their political leaders.

The U.S. could benefit from the British system of shorter campaigns, which would decrease costs and might enhance voter interest. The British could borrow from America and do away with multiple parties, which may well contribute to a hung Parliament and uncertainty about whose policies will prevail.

As to which election process is the most efficient and gets the most out of its candidates, it's difficult to say. Politicians are politicians whichever side of the Big Pond they're on. What is clear is that voters in the UK have a greater opportunity to hold their politicians' feet to the fire. American voters would have a field day with a shot like that.