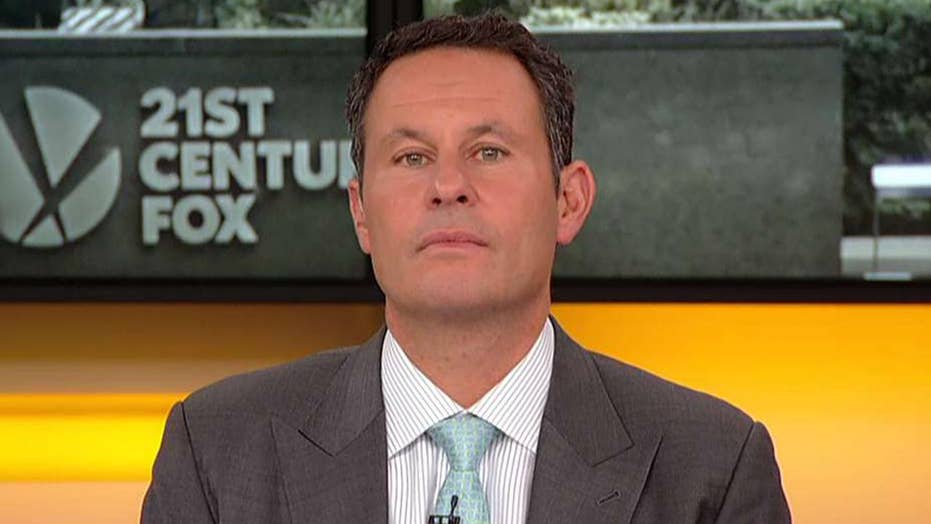 Kilmeade on 'Andrew Jackson and the Miracle of New Orleans'

'Fox & Friends' co-host on what inspired him to write his new book.

Editor’s note: This excerpt was taken from "Andrew Jackson and the Miracle of New Orleans,"by Brian Kilmeade. In this chapter, we learn that following a firefight with the British, Jackson decides he must fortify New Orleans as soon as possible, toiling through Christmas to erect the defenses.

“It is true the enemy is on our coast and threatens an invasion of our territory, but it is equally true, with union, energy, and the approbation of Heaven, we will beat him at every point.” – Andrew Jackson

“I expect the enemy is pretty sore today,” General Jackson observed on the morning after the firefight. Even so, with British reinforcements continuing to step ashore at Bayous Bienvenue and Mazant, a counterattack seemed inevitable.

Spies reported that, at least for the moment, the British looked to be stationary. But Jackson couldn’t just wait— not a minute could be wasted— and he made sure the men around him were anything but idle.

When falling back from the field of battle the night before, the army had marched across several plantation properties toward New Orleans. At 4:00 a.m., Jackson ordered a halt at the Rodriguez Canal, two miles upstream from the British front at the Villeré plantation and six miles short of New Orleans.

This was to be his line in the silty Louisiana soil, and he would make it a breastwork he could defend. The Carolina could provide supporting artillery fire from the river and, in the course of the morning, she would be reinforced by the arrival of her sister ship, the Louisiana. Commodore Patterson’s crew was a motley one— there were Yankees, Portuguese, Norwegians, Spanish, Greeks, Italians, Germans, Arabs, Hindus, and Swedes aboard. As Patterson advised the secretary of the navy, “the crew of the Louisiana is composed of men of all nations, (English excepted) taken from the streets of New Orleans.” In other words, this force was diverse enough to be pure American.

General Jackson took Augustin Macarty’s mansion for his headquarters. The large house stood on piers, with the main living quarters raised a full story above the Mississippi floodplain. The porch that swept around the perimeter overlooked the Rodriguez Canal to the east, just a hundred yards away. On the other side of the canal lay another plantation, the property of the Creole family Chalmette, its roughly two hundred acres of open fields mostly given over to the cultivation of sugarcane. From the dormers that peered out of the steep roof of the Macarty house, Jackson, using a telescope, took in a broad view of the more distant British encampment located on two other properties, the Bienvenue and De La Ronde plantations.

Jackson ordered platoons of Mississippi mounted rifles and Louisiana dragoons to patrol the no-man’s-land in between the two armies. But the rest of his men were about to become ditchdiggers.

A nearby disused millstream (it had once powered a sawmill), the so-called Rodriguez Canal held no water. Four feet deep and twenty wide, the ditch extended north- south at the boundary of the Macarty plantation. Its strategic value lay in the fact that it ran at a right angle all the way from the levee at the river’s edge to a nearly impenetrable wooded swamp at the far edge of the field.

Jackson consulted his chief engineer, Major Arsène Lacarrière Latour, who knew the soils and topography of the region intimately. Latour agreed with Jackson’s assessment: Once cleared of weeds and silt, the Rodriguez Canal could be flooded with water from the river to serve as a moat, an obstacle to an oncoming army. And parapets could be raised on the New Orleans side of the canal, ramparts behind which American soldiers and artillery could take cover.

Working in shifts, the army labored through Christmas Day and into the night. The job would be a long one, requiring more than a day or even two or three. But no one knew how much time they had.

Jackson issued an order to have every shovel in the area commandeered. By the time the morning fog had burned off, Jackson’s men were at work, spades in hand, together with slaves from nearby plantations. They moved earth forward from behind the line to form an embankment and used posts taken from nearby fences to prevent the rising mound of soil from falling into the ditch. Other men worked at cutting a sluiceway to permit the flow of water into the canal, and Jackson ordered more channels dug in the levee to flood open land between the armies. Having to march through mud and standing water, Jackson thought, would slow any British attack.

Working in shifts, the army labored through Christmas Day and into the night. The job would be a long one, requiring more than a day or even two or three. But no one knew how much time they had.

Jackson himself supervised. On his horse, he was a constant presence, vigilant and refusing to sleep. One of Rachel’s nephews, a captain in the Tennessee militia, soon observed the toll the intense days were taking on the general. “Uncle Jackson,” he wrote home, “looks very badly at present, and has broken very much.”

His body suffering, Jackson’s spirit was strong. When one British prisoner reported to him that Admiral

Cochrane had sworn he would take his Christmas dinner in New Orleans, Jackson had a sharp answer. “Perhaps so,” he snapped, “but I shall have the honor of presiding at that dinner.”