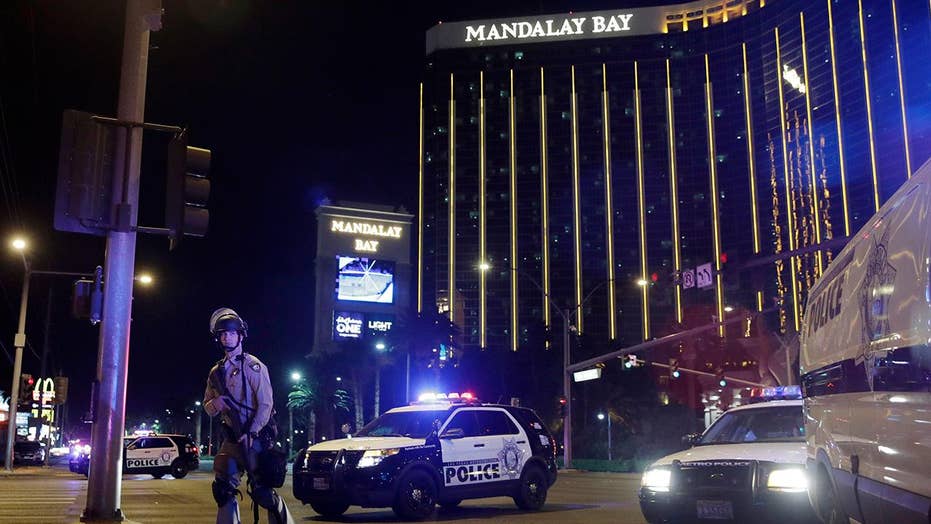 Las Vegas attack: Can we protect 'soft targets' in America?

As a former counter-terrorism expert who has spent years at war overseas, I never thought I would have to see the day that we are at war with ourselves back on American soil.

The deadliest mass shooting in U.S. history is a horrific attack by one of our very own. Waking up and hearing the fear in people’s voices, listening to the gun shots, it took me back to a war zone.

Striking locations such as concerts, schools, churches, are typically things I see in third world countries that are under a constant state of attack. We call these types of locations soft targets -- vulnerable areas with high occupancy, limited protection, and easily accessible by the public.

Still within hours of the aftermath of Vegas, I worry the horrifying repeat of Orlando, Sandy Hook, Virginia Tech shows how vulnerable we are as a nation, both on our soil and now at a global level.

How are we working to protect ourselves on the home front? Are we making valuable legislative changes that will make these horrific events impossible to take place again?

Unfortunately, there is no escaping it any longer. Other countries who have lived this pattern before will tell us that this attack won’t be the last.

Events like what happened in Vegas will continue as the new normal unless we take actual action to do something about it.

In countries that are under constant threat from terrorist attacks, the citizens have bred a culture of security collectively. For too long we have been reactive to these types of events, defending ourselves only when it’s too late, instead of being pro-active and taking the necessary steps to get ahead of it.

Don’t distance yourself from this terrible act and the emotions happening with those involved.

We need to absorb what has happened and not de-sensitize ourselves as a nation. Even our very own stock market on Monday was unaffected, in fact it’s higher than normal. If that isn’t an indicator of this trend of desensitizing ourselves with each new attack on our soil, then I don’t know what is.

We simply can’t settle for this new reality that we are soft targets anywhere we visit or go. “This won’t happen to me” is not the mentality to have at this point. Every one of us has the responsibility to do something about it.

What we need is a security overhaul. What we need is to create a greater culture of security as American citizens. Security personnel should look at the way events are planned in the future, a lot like the Secret Service may look at the threats of where the president stands.

Making every building a fortress is not an option, but there are more aggressive steps we can take to reduce future attacks.

Making these soft targets appear hardened is one way. Areas where events are held not only need to consider on-ground security options such as metal detectors but also elevated position and anti-sniper teams.

Citizens need to accept and be patient with stronger security measures and encourage them.  We will most likely start seeing more now in hotels and public buildings.

It’s also not enough to just look to our security and law enforcement personnel. Everyone has a responsibility to be more vigilant. Everyday citizens have the ability to help create a greater culture of security.

We can’t sit back any longer. It’s not too late for us as a nation. It’s time to defend ourselves before it’s too late.

On this day, I will not only be praying for the victims of Vegas, but also praying that our country’s leader takes the necessary actions to do something about stopping future ones.