The Atlanta Braves take on the Houston Astros for Game 1 of the World Series. 'Fox & Friends Weekend' co-host Will Cain with a preview.

When the Braves and the Astros meet tonight in the first game of the World Series, we will have vivid proof that God has a sense of humor.

Remember when the woke left decided to punish all of Georgia for passing election reform? They forced Major League Baseball to move the All-Star Game out of Atlanta, which cost Georgia businesses an estimated $100 million in revenue.

WORLD SERIES 2021: WHAT TO KNOW ABOUT THE FALL CLASSIC

The hit was especially hard on Black-owned small businesses, which were just recovering from the COVID-19 shutdowns. The power of the woke, Big Government Socialists is such that even Sen. Raphael Warnock, D-Ga., favored moving the game and hurting his own constituents.

According to the leftwing Puritans, Georgia had been defined as an evil state. President Joe Biden lied consistently about the Georgia election law, and Democrats were overjoyed at the opportunity to smear Georgia (the state which produced civil rights icons such as Rev. Martin Luther King Jr., Mayor Andrew Young, and Congressman John Lewis). 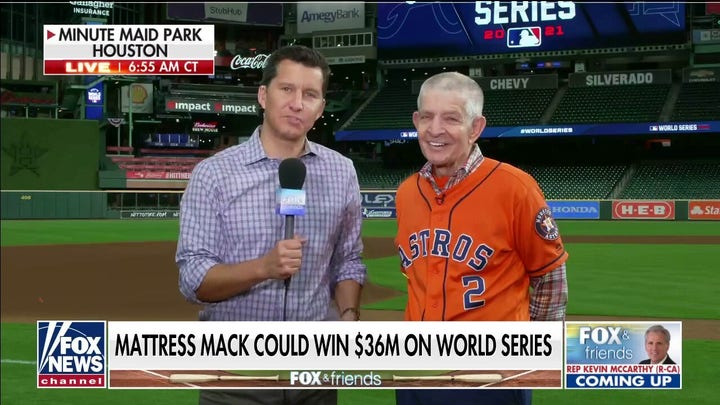 Possibly the only state which rivaled Georgia in incurring the loathing and fear of the rabid left was Texas. Its pro-gun, pro-life, low tax, secure borders, pro-work mentality assaulted virtually every sensitivity of the Big Government Socialists. From their Ivy League and West Coast bastions, they had always despised Texans on the general principle that Texans were not adequately sensitive and liberal.

What a wonderful irony that God decided to give the Big Government Socialists the spectacle of the Atlanta Braves playing the Houston Astros in the World Series.

The first two games of the best-of-seven series will be played in Houston, and then games 3-5 could potentially be played in Atlanta. Depending on how the series shakes out, two more games could be played in Houston. So, Atlanta lost one game in midsummer, and now it might host as many as three games during the World Series. 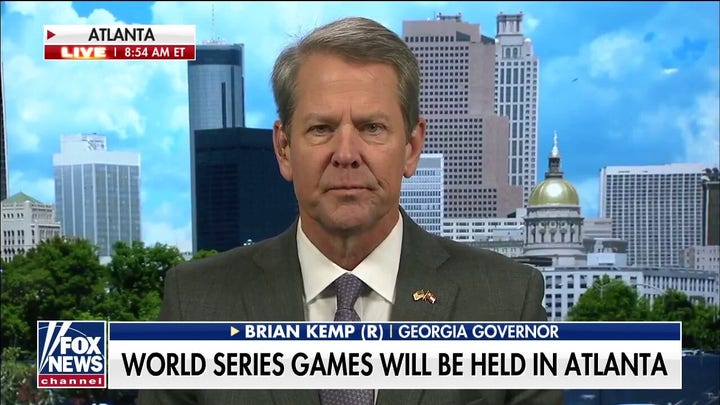 An interesting question will be whether MLB Commissioner Rob Manfred – who personally cost Atlanta $100 million by moving the All-Star Game – will have the nerve to show up in the city.

Americans will be tuning in to watch the largely unmasked crowds of Atlanta and Houston cheering, drinking beer and other beverages, singing during the seventh inning stretch, and generally enjoying themselves. After a year of hyped hysteria, a lot of Americans are going to just be relaxing and enjoying life.

After all the woke efforts to control the national dialogue, insist on self-confessions, and censor everyone hey find imperfect, a lot of cheerfully imperfect Georgians and Texans are going to have a good time and ignore the New York Times and Washington Post editorial boards. The classic national pastime will once again remind Americans of the long history of good fellowship, intense-but-friendly competition, and happiness which is at the heart of the baseball tradition.

Acute leftwing sophisticates will note with horror the mass consumption of hotdogs smothered in mustard, sauerkraut, chili, and a host of other totally unacceptable foods from the elite vantage point. Brie, Époisses, and other fine cheeses will be virtually nonexistent except maybe in a few high dollar suites hidden from the television cameras. This is a culinary nightmare for the Harvard-Yale-Berkeley crowd.

If you have a liberal friend who is adjusting to this new reality, you can test his or her tolerance by noting that just north of the Braves Stadium is Athens, the home of the No. 1 ranked Georgia Bulldogs. If they can view all this with equanimity, they may be candidates to leave woke-world and join the rest of us in the American reality.

God must be laughing with deeply felt happiness at the Georgia-Texas contest – and the failure of wokeism to stop it.