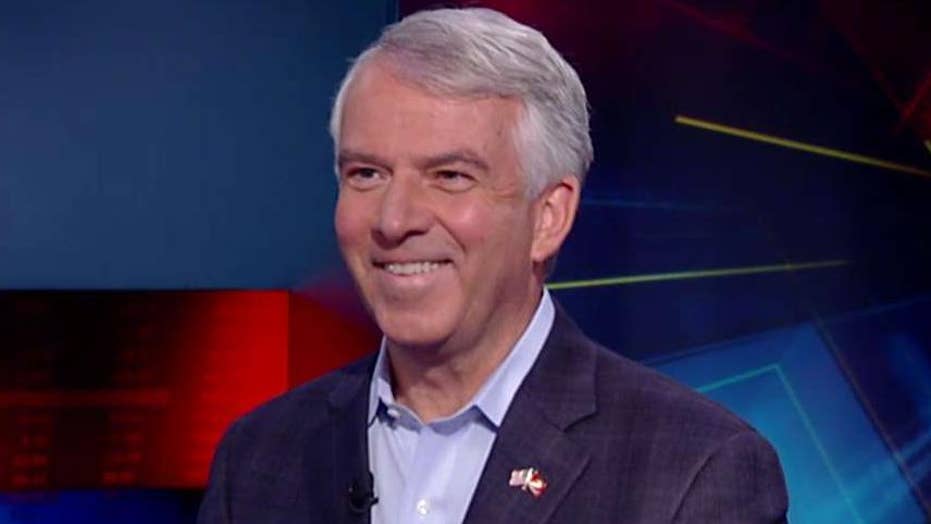 In 1973, I took an oath to uphold and defend the Constitution when I joined the U.S. Marine Corps. When Bob Menendez was elected to Congress 25 years ago, he took an oath to serve the people of New Jersey.

I upheld my oath. Bob Menendez violated his. That’s why I’m running to replace him in the United States Senate.

Instead of having a senator fighting for the good, hard-working people of our state, we have been disgraced by a senator who was indicted by President Barack Obama’s Justice Department for taking nearly $1 million in illegal gifts and campaign contributions in exchange for official actions. That was the very same Obama Justice Department that had specific, corroborated evidence to back up allegations that Bob Menendez participated in morally reprehensible behavior.

Menendez was publicly admonished earlier this year by his own colleagues – Republicans and his fellow Democrats – for violating federal law and abusing the power of his office by lobbying for his “best friend,” a donor from Florida who was convicted of 67 felonies and imprisoned for blinding his patients and stealing $73 million from Medicare.

My entire life has been about bringing people together and producing results. I’m an action-oriented, results-driven leader.

Is Bob Menendez really the best person we can send to Washington, D.C. to represent New Jersey? Is he the type of role model we want for our children? Of course not.

Bob Menendez has represented us in Washington for 25 years – 16 of those years with a Democratic president – and yet has delivered very little for our state.

Our economy continues to struggle despite a strong national economy. We continue to be dead last – 50 out of 50 – in what our state gets in return from Washington for the taxes we send to the federal government. Our residents face tax hikes again and again. And we are consistently ranked as the worst state for property taxes and affordability.

New Jersey this year was again ranked as having the worst business tax environment by the Tax Foundation. And New Jersey is ranked No. 1 for the rate at which millennials are leaving our state.

My wife Kathy and I love New Jersey and we wouldn’t have raised our three children anywhere else. My daughter has a successful career as a marketing manager and my two sons are serving our country in the U.S. Marine Corps. We want them and all future New Jerseyans to be able to build a life, work and retire in New Jersey.

But we must do better. New Jersey must hold our elected leaders accountable.

My entire life has been about bringing people together and producing results. I’m an action-oriented, results-driven leader.

I grew up in a diverse, hard-working neighborhood in Union City, NJ, and was fortunate to receive a full scholarship to Princeton. I felt so fortunate for that opportunity that I wanted to give back – to do something larger than myself. After graduating from college, I served seven years on active duty in the Marine Corps and served seven additional years in the Reserves.

I learned selfless leadership, honor, and integrity – characteristics that all of our elected officials should have. I also learned that leaders go where the problems are and that to accomplish a mission, you must work as a team.

I carried those lessons into the private sector, spending the past 30 years building companies and creating jobs. For the last two decades, I worked in the nation's dynamic health care sector, both as the leader of the biotech company Celgene, and as a board member for one of the country's most forward-looking health-care systems, Atlantic Health System located in New Jersey.

When I first joined Celgene, the company had just six weeks of cash remaining and an uncertain future. Today, Celgene is known around the world for being a leader in the fight against cancer. Recently, Forbes named it the No. 9 company overall on its World's Best Employers 2018 list, and the No. 1 health care company on the list.

I know I can make a difference in the U.S. Senate because for my entire life I have worked with others to deliver results. This election is a chance to take our state in a new direction and give New Jersey a fresh, independent voice in Washington.

For too long, career politicians in Washington have put their own partisan self-interests above the people they are supposed to be serving, and Bob Menendez represents the very worst of today’s partisan politics.

It’s time for change. It’s time to send in a Marine.

Bob Hugin is the Republican candidate for U.S. Senate in New Jersey.